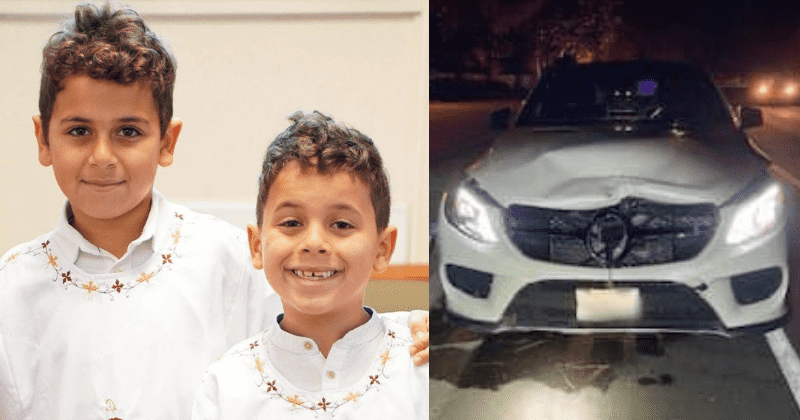 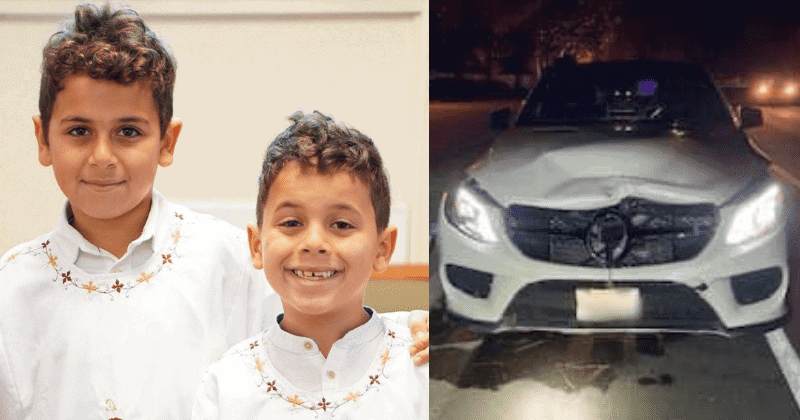 Trigger warning: contains graphic details that may be distressing to some.

Two little brothers were killed in a horrific car crash that involved a drunk driver, who rammed into the boys while they were out walking with their family.

The driver accused of killing the boys is 57-year-old Rebecca Grossman, and was allegedly drunk during the horrific accident. 11-year-old Mark and 9-year-old Jacob Iskander were run down on the road while their parents watched in horror, according.

RELEASED ON BAIL: Rebecca Grossman, co-founder of the Grossman Burn Center, posted $2 million bail and was released just after midnight, following her arrest in a DUI crash that killed 2 young brothers in Westlake Village. https://t.co/DGoW0w8kxJ pic.twitter.com/XB1jLyoVkD

where she took the lives of Mark and Jacob right in front of their family in Westlake Village.

It was around 7:10 pm on September 29, 2020, when the fatal accident took place. As the Iskander family of six were crossing the street on a marked crosswalk at Triunfo Canyon Road and Saddle Mountain Drive in Westlake Village, Grossman’s white Mercedes came charging at them along with another speeding car. While the parents managed to get themselves and the two younger siblings out of the way, Mark and Jacob became victims of the collision.

“The children were walking with their family. It is a very tragic situation. The mother and father were able to pull the other two children back in time, and the vehicle struck the two other children,” said Capt. Salvador Becerra of the Los Angeles County Sheriff’s Department, as reported by ABC7.

The severity of the accident did not end there. The sheriff’s department revealed that one of the brothers was on the hood of Grossman’s car and she drove on for more than a hundred feet with the child there. Investigators believed that the boy rolled off the vehicle and landed on the street when Grossman finally stopped the car.

But as soon as the boy fell off, Grossman reportedly ran over him and continued driving.

Later, about a mile and a half away, Grossman’s white Mercedes with a damaged front end was found.

The accident killed one of the two brothers instantly at the scene. A few hours later, the other brother also passed away in the hospital. Initial investigation into the collision led officers to believe that Grossman might have been drunk as well as involved in some street racing at the time. Following the incident, officers searched for the second car that was also speeding towards the family and believed to be involved.

In a social media post, State Sen. Henry Stern was quoted saying, “This is a devastating loss for our community. Two young boys with an entire lifetime ahead of them. Pray for the Iskander family tonight and hold your loved ones close.”

The organization that Grossman co-founded had also released a statement after the accident that said, “Like our entire community, the Grossman Burn Center family at West Hills Hospital is terribly saddened by this tragedy. Our sympathies are with all who have been affected.”

Mourning the death of the two boys, people from the community gathered n Westlake Village to honor their memory. Some also left behind flowers and toys near the spot where the horrific collision took place.

Mark and Jacob were described as bright and energetic young boys. “Mark was a very sweet boy. He was well-educated, well-disciplined… He was friends with everyone,” Simi Valley resident Marcos Guirguis said, according to Acorn. The two of them were also brothers to their younger siblings, 4-year-old Zach and their 18-month old baby sister.

A bail of $2 million was set after Grossman was booked into the Los Angeles County jail and she was later released after posting bail, according to VC Star.

On behalf of the grieving family, a GoFundMe page was set up to raise funds and help them through this time. “While nothing we can do or say can bring back these dear angels, we hope to come together to contribute whatever we can to help their family with funeral costs and other unexpected expenses that will arise during this horrible and difficult time,” the page said. “Let’s show the Iskander family that we are here for them and that they are not alone.”