Karen Dineen was cheated on by her husband and friend. She got back at them in a sarcastic and hilarious manner.

A woman from Essex was put through the situation where she was cheated on by her husband. He not only betrayed her trust but also cheated on her with a woman who had been friends with her for more than two decades. The annoyed woman got back at her husband and her unfaithful friend in the most hilarious way.

Karen Dineen and her husband Terry Lovell broke up in 2015 after she found he was cheating on her with her friend of 25 years, Carol Mitchell. Karen couldn’t believe she was betrayed by Carol whom she knew even before meeting her ex-husband, Terry. Though Karen cut ties with them, she decided to donate her wedding dress to her former friend. Karen even wrote a very “thoughtful” note for Carol.

“Hey Carol, I know you love secondhand goods, so thought you might like the dress I wore when I married your boyfriend. Love, Karen xx,” read the note. The 57-year-old woman then drove the strapless white gown to Carol’s house and stuck the note on her door. 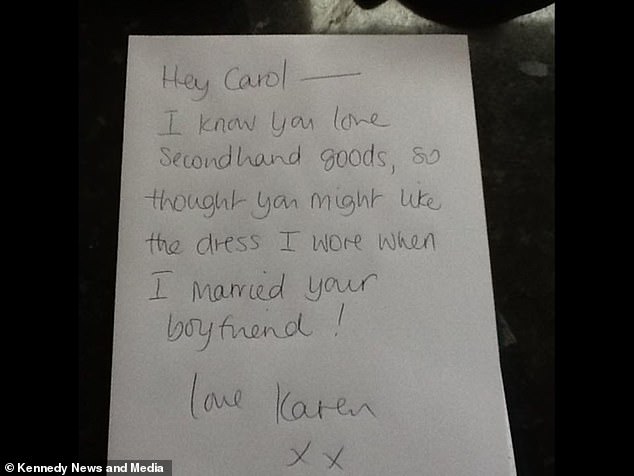 The woman said: “I saw the wedding dress when I was packing up my house, and thought, “she can f***ing have this’. Leaving a wedding dress and putting that note through the door I knew there was nothing they could do. I was shaking like a kid at Christmas with excitement. I’ve got nothing to hide. That bird was a friend of mine for 25 years. I was with him for 19 years. I don’t miss him or love him or pine for him,”.
It has been four years since her breakup but Karen is still disgusted and pained by the betrayal from her husband and friend. She said: “I just think that’s the lowest of the low. It’s despicable. It was the betrayal. Neighbours and friends knew about it and never told me. You can’t imagine how f***ing humiliating it is to have all these people know it’s going on and not say anything to you,”.

The woman continued: “He was a builder, and he would come home from work, get changed and say he’s got to go and look at a job. He used to ring me and say he had to look at a job in all his work clothes. He started coming home, having a shower and getting tarted up, and saying he was going to look at a job. I wondered what was going on because after living with someone for so long years, any little changes you notice,”

Her doubts became stronger after Terry got her a £700 “guilty” diamond ring for Christmas. She also found the receipt of two identical bottles of perfumes. However, she was just given one bottle. The 57-year-old said: “What he was thinking was, he will buy both of us Opium so when he comes in smelling of it it’s my perfume. So, after that, I knew something was going on. Something in me said, keep your eyes and ears open and mouth shut. I make a brilliant friend but a terrible enemy, and he was making such an enemy of me. I knew he was seeing someone from Christmas,”.

While doubts continued to creep into mind, Karen was not sure yet. Soon, the smart lady found a way to confirm her theories.

One night, she gathered her courage to check his phone while he went off to shower. Having discovered his new password, she grabbed his mobile phone and locked him in the house. She shared: “I walked to the shower room, slid the door open, picked his mobile up, calmly walked back through the kitchen, picked up my handbag and locked the door. He slipped and slithered to the front door like the snake that he is and I saw his hand go to do the handle but obviously the door was locked. I saw him reach up for the key, but the key was in my pocket. I closed the car door, reversed off the drive and drove to a place I knew he wouldn’t find me.”.

Scrolling through his messages, she was stunned to find out the woman her husband was cheating on her with was her own best friend. Karen waited no longer to separate from her cheating husband. She even changed her surname to her maiden name. She said: “Don’t get mad, get even. I was just thinking, wait until he shows his true colours. She has no idea what she let herself in for. The grass is always greener on the other side. I changed my name though. I’m no longer Karen Lovell, I’m Karen Dineen. It was cheaper than getting a divorce,”
Meanwhile, her ex-husband justified his actions saying everyone does it, “When you do eventually go and get in touch with her, tell her to go and get a life. How many people have affairs every single day of their lives? People have affairs every day.” 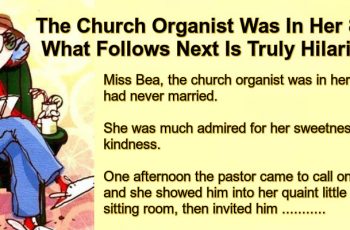 Miss Bea, the church organist was in her 80’s … 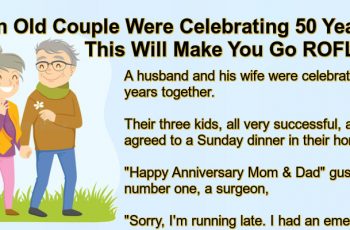 A husband and his wife were celebrating 50 years …