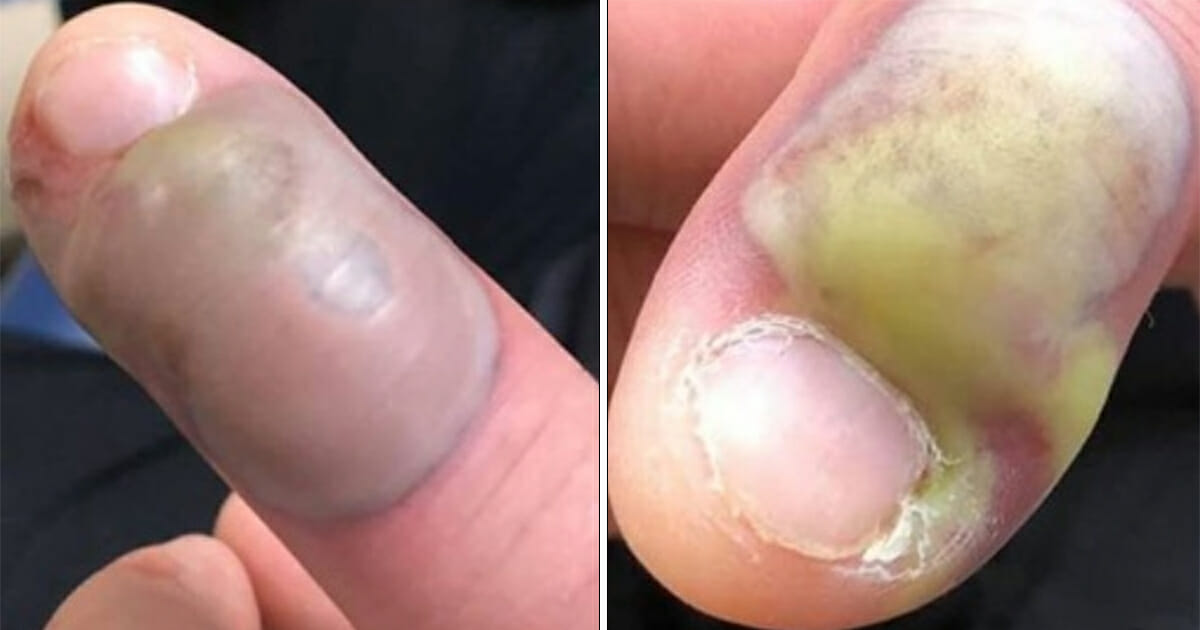 If, like me, you have a tendency to bite your nails rather than cut them, you may want to pay attention. That goes for those of you who have friends and family who do it, too.

A woman from Scotland is issuing a warning after her friend contracted a potentially lethal infection from chewing on her nails.

Karen Peat shared gruesome photographs of her anonymous friend’s finger, which showcase a huge yellow blister around her thumb nail. As per reports, the victim had bitten their nail so far down that an infection developed, resulting in them being rushed to hospital.

The finger required emergency surgery, with the infection said to have already been working its way up their arm. Gone unchecked, it could have claimed the victim’s life.

Karen took to Facebook on January 7, issuing a stark warning to those who bite their nails.

Her post read: “A message to nail biters out there STOP!!! Someone I know who prefers to remain nameless who bites their nails ended up having to get rushed to Glasgow Royal Infirmary today for emergency surgery because they had bitten their nails down too far and had got an infection in the finger.

This person had been to two chemists and spoken to two separate pharmacists over the past few days who had advised to use magnesium sulphate and keep it covered it still got worse and when finally went to the A&E this morning was told if left much longer it could have been fatal as the infection was travelling up the arm hence the emergency surgery!

Nail-biting might be known as a bit of a bad habit, but I’m sure I’m not alone in being shocked by the obvious damage it can cause.

Offering an update on her friend’s recovery, Karen said: “Surgery done and on a drip for antibiotics for the next few days and this is how it looks now. PS minus a nail on that finger which may never grow back but on the plus side, one less nail for them to bite!“

Well, that’s certainly given me something to think about. Share this article if you know anyone who bites their nails!

You never know, you could save their life.