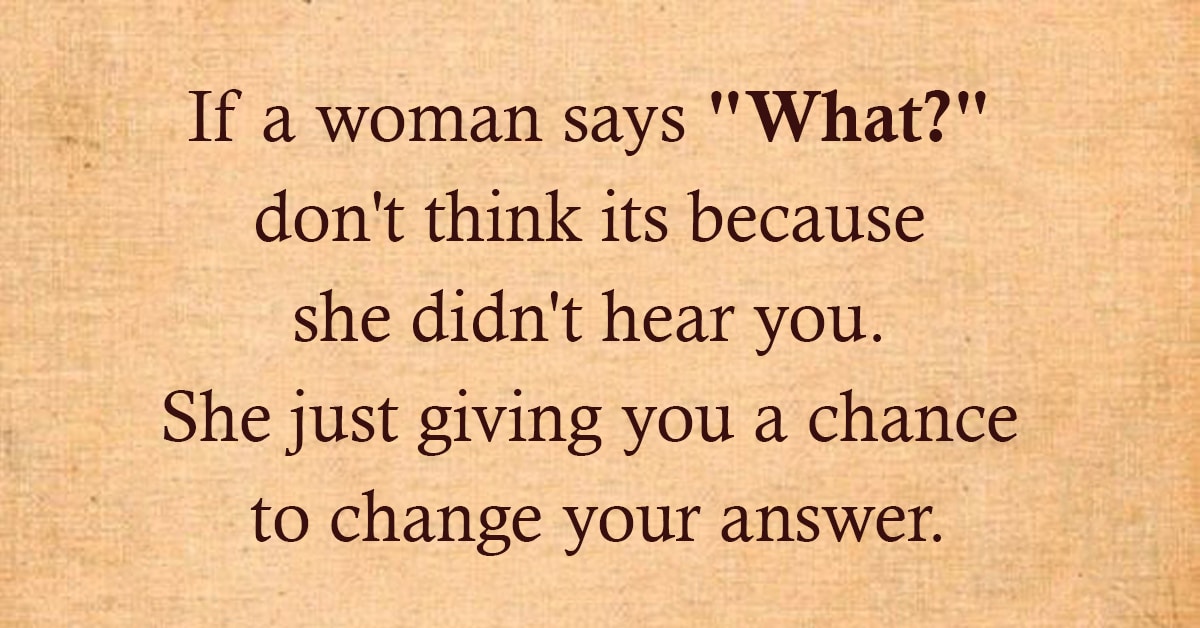 We’ve got boxes everywhere. And the rule is: the boxes don’t touch. when a man discusses a particular subject, we go to that particular box, we pull that box out, we open the box, and we discuss only what is in THAT BOX. And then we close the box and put it away being very, very careful not to touch other boxes.

Because if you take an event and you connect it to an emotion and it burns in your memory and you can remember it forever. The same thing happens for men. It just doesn’t happen very often, because quite frankly…we don’t care. Women tend to care about everything. And she just loves it.

Now men, we have a box in our brain that most women are not aware of. This particular box has nothing in it. In fact, we call it the ’nothing box.’ And of all the boxes a man has in his brain, the ‘nothing box’ is our favorite box. If a man has a chance, he’ll go to his nothing box every time. That’s why a man can do something seemingly completely brain dead for hours on end. You know, like fishing.

Now they’ve actually measured this. The University of Pennsylvania a couple of years ago did a study and discovered that men have the ability to think about absolutely nothing, and still breathe.

Women can’t do it. Their mind has never stopped. And they don’t understand the ‘nothing box’, and it drives them CRAZY because nothing drives a woman more crazy and makes them feel more irritated than to watch a man doing nothing.