A wealthy lawyer was riding in his limousine once and looking outside from his car’s windows. Suddenly, he saw two men along the roadside, and upon close observation, he saw that they were busy eating grass.

The lawyer was very disturbed to see such a sight, and he ordered his driver to stop the car right away. As soon as the limousine stopped, he stepped out to investigate the matter.

“Why are you eating grass?” asked the wealthy lawyer to one of the two men.

The poor men were startled to see the lawyer and his limousine, and one of them replied to his question, “We don’t have any money for food, so we have to eat grass.” The wealthy lawyer was moved by the poor men’s desolate condition and wanted to help them however he could. So he looked at them with a smile on his face and said, “Well, then. You can come with me to my house, and I’ll feed you.”

Upon hearing the lawyer’s offer, the poor men were relieved. However, one of them was busy processing his thoughts, and he said to the lawyer, “But sir, I have a wife and two children with me. They are over there, under that tree.”

“Bring them along,” replied the lawyer.

He then turned to the other poor man and said, “You can also come with us.”

The other man was struggling with something as well and proceeded in a pitiful voice, “But sir, I also have a wife and SIX children with me!”

“Bring them all as well,” said the wealthy lawyer.

So eventually, the two poor men entered the limousine with their families, which was a cumbersome task, even for a car as large as the limousine. The wealthy lawyer then asked his driver to get going.

On their way, one of the poor men was very impressed with the lawyer’s act of kindness and wanted to thank him. So he turned to the lawyer and said, “Sir, you are too kind. Thank you for taking all of us with you.”

“Glad to do it. You’ll really love my place; the grass is almost a foot high!” replied the lawyer.

No wonder the lawyer wanted to help the poor men, but it all played out in a way nobody could have seen coming! 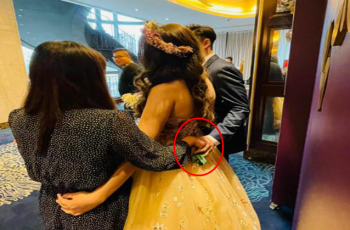 Recently, a photo of the groom secretly holding another woman’s … 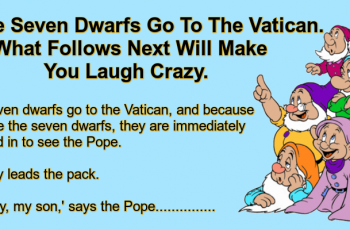 The seven dwarfs go to the Vatican, and because …