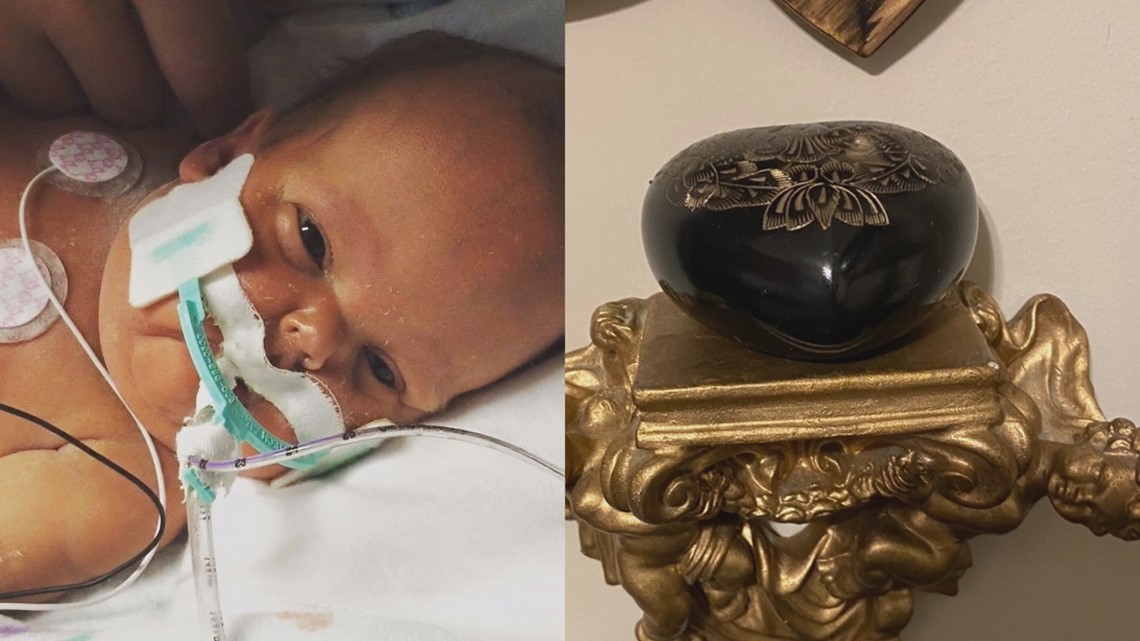 Covington Police found the missing U-Haul, but have yet to locate the urn containing the ashes of a family’s 6-month-old baby.

COVINGTON, Ga. — A family is begging for help after a U-Haul was stolen with their son’s ashes inside of it. Kassandra and Benjamin Benton were traveling when they stopped for the night at a hotel in Covington, Georgia.

Benjamin said they went to dinner and later went to sleep. When he woke in the morning, he realized something was off.

“I was on the phone with my friend and I’m like, ‘the U-Haul is gone.’ I started looking around and was making sure it didn’t roll back and then it hit, ‘oh my gosh, the U-Haul is gone!’” recalled Benjamin.

Surveillance video from the La Quinta Inn, located at 9159 Access Rd NW, shows a man wearing a grey-colored top, light-colored pants, and a light-colored baseball cap, stepping out of a large black SUV around 1 a.m. Wednesday. A car then met with the SUV before driving off. The SUV followed the U-Haul.

Thursday morning, the U-Haul was found 30 minutes away from the hotel.

“It was just a mess,” said Captain Ken Malcom with Covington Police. “Imagine your entire house in the back of a U-Haul and then somebody dumped the boxes out inside.” 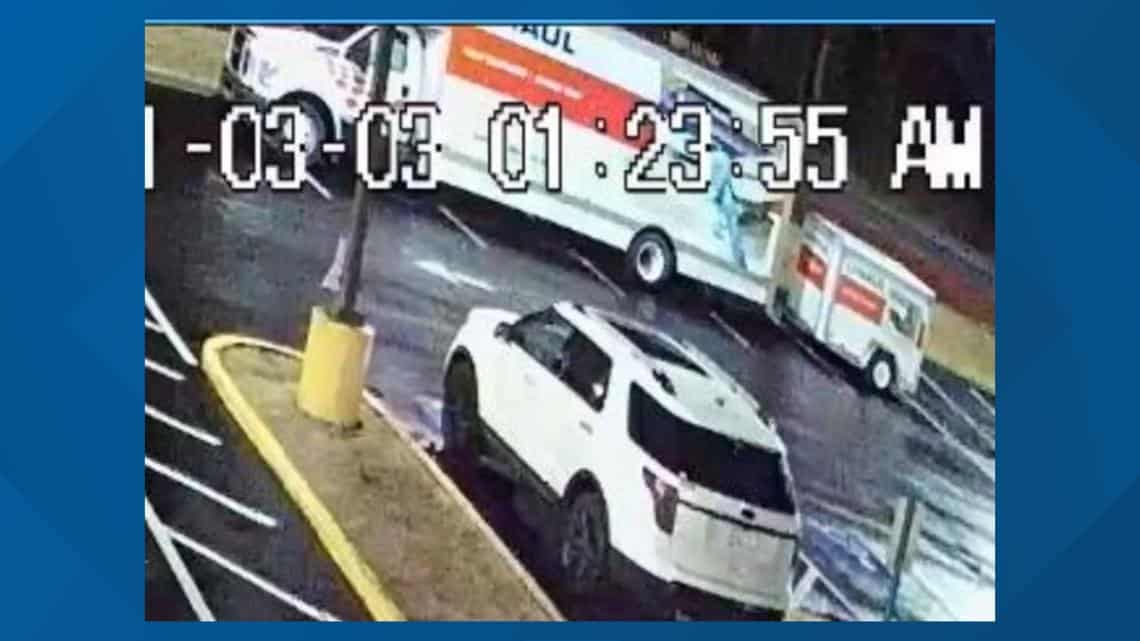 One of the most precious and invaluable items that has yet to be located inside the truck are the ashes of their 6-month-old son, Wyatt, who died five years ago.

“He was born early, at 24 weeks,” said Benjamin. “I delivered him at home. It wasn’t planned that way, but it happened.”

“He lived six months. The last month was in hospice. And now we ended up losing his ashes, one of the most important things to us,” said Kassandra. 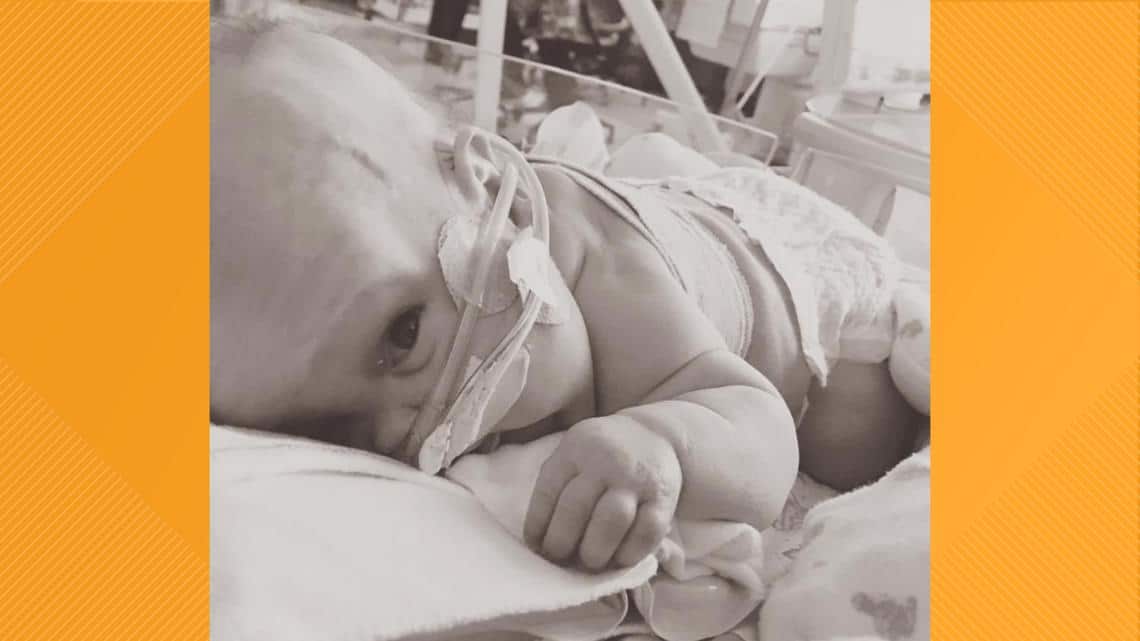 The family said they’re beginning to lose hope, as the urn containing the ashes still has not been located.

Malcom said officers are still investigating what was left in the truck, as well as dumpster diving in the area around where the truck was located, hoping to find the urn.

“That’s our number one priority right now. Hopefully we can find anything at all that is connected to their son. That’s most important right now. This breaks our heart. We’re parents and it just hurts us. So we’re going to do all we can,” said Malcom. “We need help.”

The urn, is a small black heart, about three inches tall with gold detailing. It was in a blue velvet box, wrapped in an elephant blanket. In addition, the family said there was a key and a cross necklace that also contained their son’s ashes. Those have also not been located. 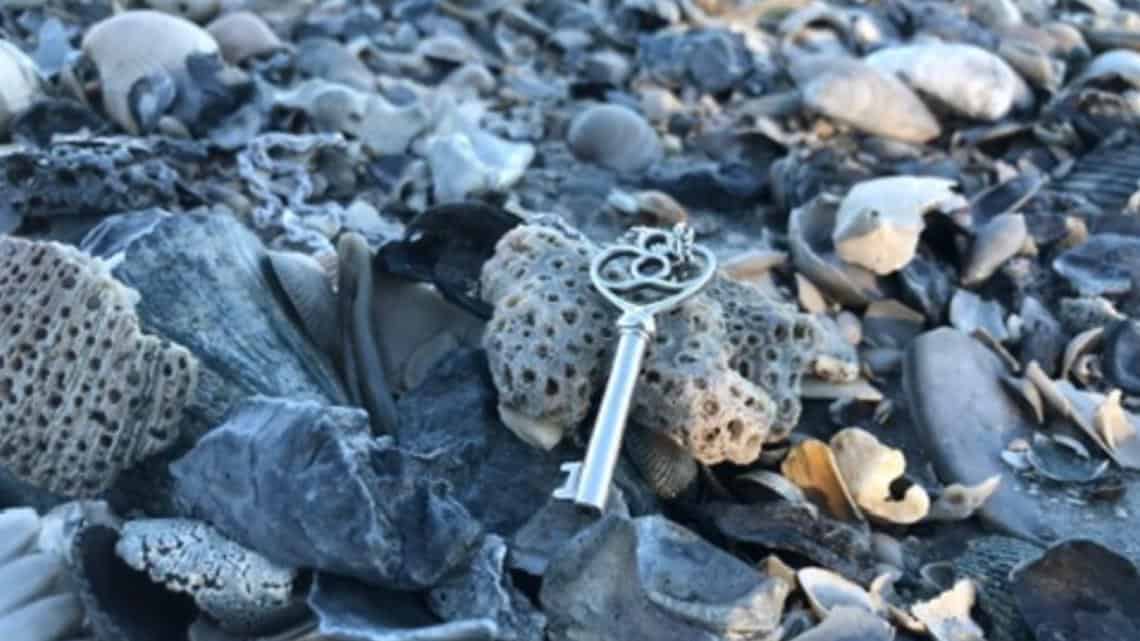 It’s devastating,” Benjamin said. “You know, you walk around your home and just think about the smallest detail, a spoon or a fork. It’s now gone. All the material things are replaceable, but the sentimental things, that have no price tag, that’s what means the most to us.”

Malcom said it’s highly possible several people were involved in the theft. While they want to recover all the items and locate the people who stole the truck, Malcom said he hopes most of all they return the urn.

Thousands of dollars worth of items were on the U-Haul, including a 2018 Harley Davidson XL883N Iron motorcycle. It has the South Carolina tag number ZG5291. The motorcycle is black with the vehicle identification number of 1HD4LE215JC422632. 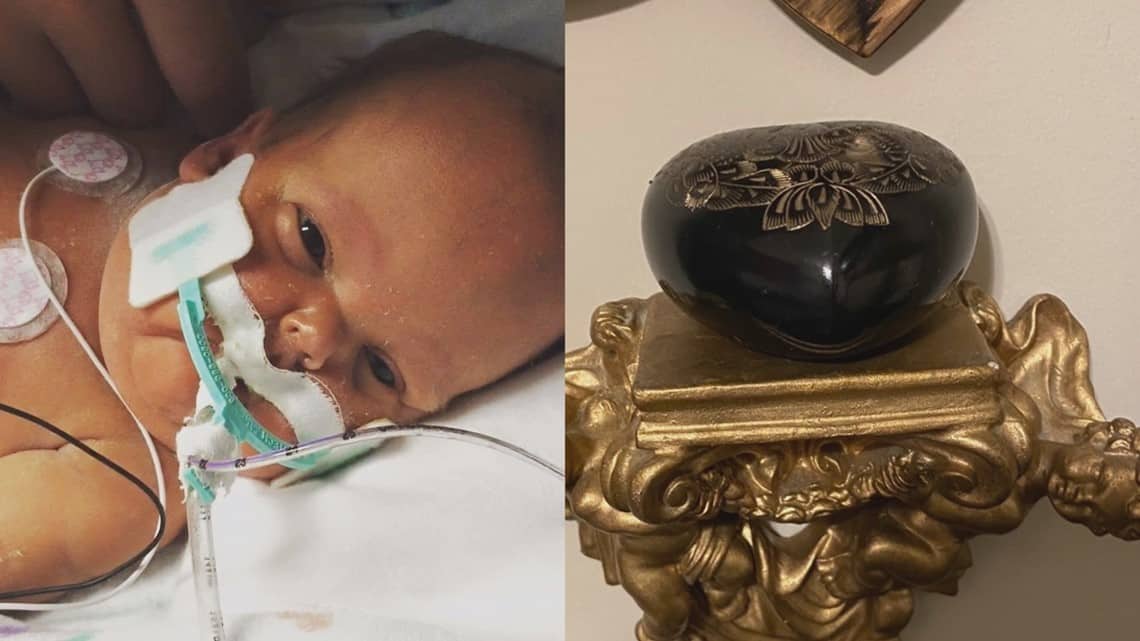