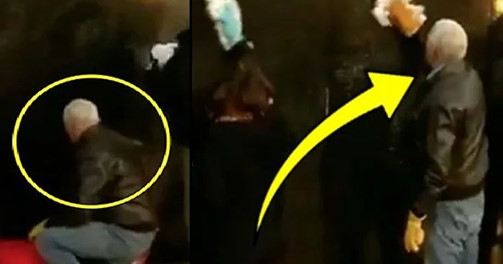 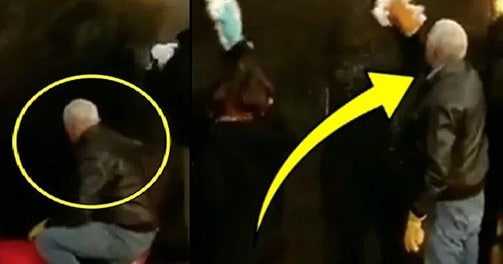 When Vice President Mike Pence showed up at the Vietnam Veterans Memorial Wall in Washington, D.C., wearing jeans and work boots, some were surprised. What he did next left everybody in attendance stunned.

Pence and his wife, Karen Pence, arrived at the memorial on Veterans Day with Interior Secretary Ryan Zinke, according to the Washington Examiner. The three of them were dressed casually, leading some volunteers to wonder what they were doing there.

Then, the group pulled out buckets and sponges and began cleaning the wall.

“Moving start to Veterans Day,” Pence wrote in a tweet later that day. “Thanks to [New Day USA] volunteers who joined [National Park Service], [Zinke], Karen & me to clean the Vietnam Veterans Memorial. Also inspiring to meet NPS ranger & veteran James Pierce. To all Veterans, we are grateful for your service & sacrifice.”

Zinke served as a Navy SEAL for 23 years. His current position means he oversees military monuments on the National Mall and part of Arlington National Cemetery, as well as battlefields where thousands of soldiers gave their lives fighting for their country.

While cleaning the memorial on Veterans Day, Zinke addressed Vietnam veterans who he felt were not given the same level of respect that service members today receive.

“A lot of the reason I received what I did and my generation [did] is because you did not,” Zinke said. “I think as a nation we should be ashamed at how we viewed your service, your dedication.”

He continued, “The monument behind me, I think, is not a tribute to victory or defeat, it’s a tribute to remembrance. We should never run away from our history as a country, we should learn.”

“The greatest show of love and to remember those who have given their lives,” one reader commented. “To Vice President Pence and his wife you stood shoulder to shoulder with those who have never forgotten. GOD BLESS EVERYONE OF YOU WHO IN THE COLD FELT THE WARMTH IN YOUR HEARTS TO KEEP OUR MILITARY LOVED ONES REMEMBERED. Vice President Pence thank you for showing that there is nothing you will not do to keep hope and forward mobility of our country alive.”

“I’m very thankful for the vice president and his wife and all the volunteers that help clean up that wall for our soldiers that didn’t make it back from Vietnam and may God bless them all,” another user wrote.