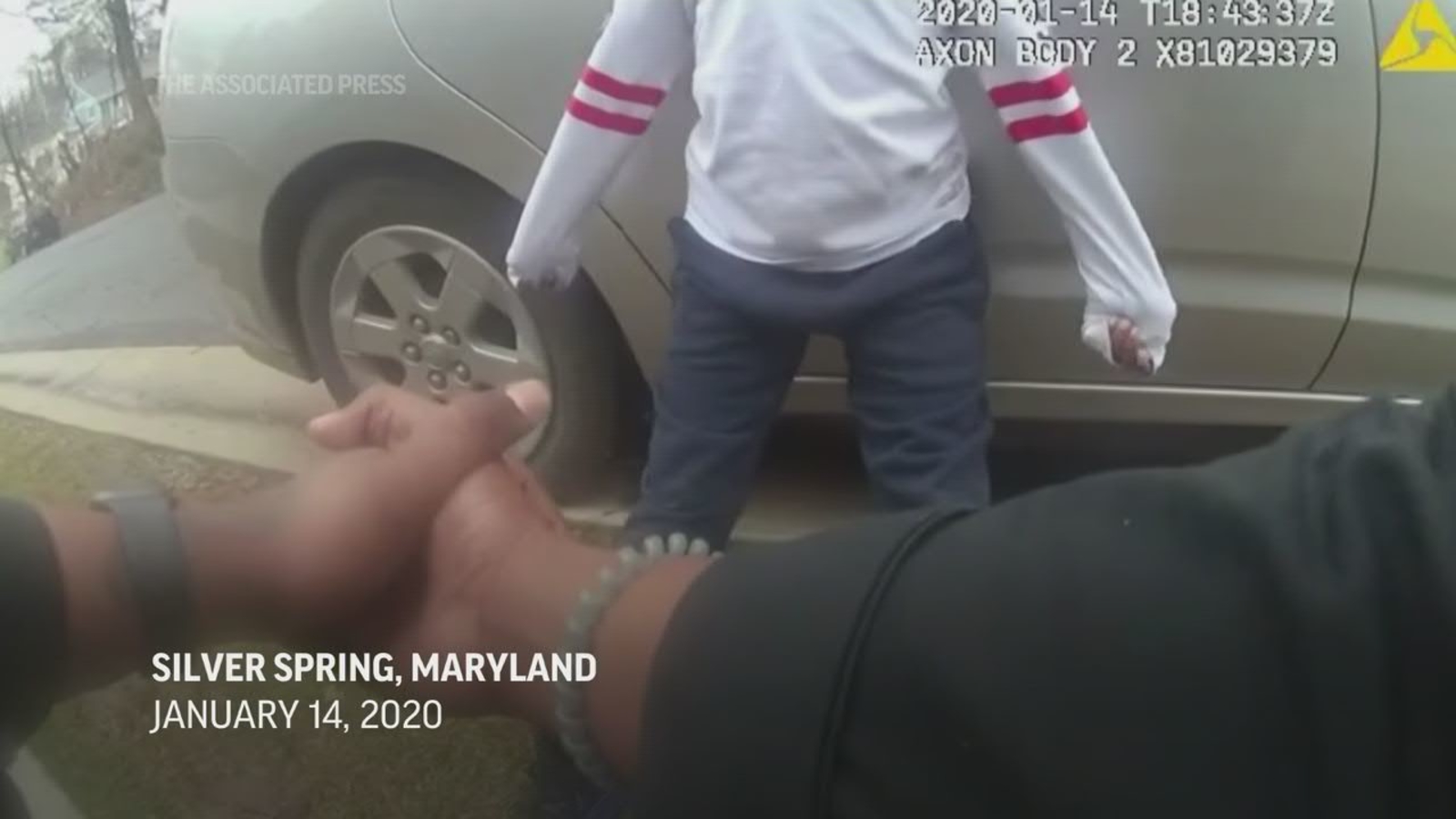 SILVER SPRING, Md. — A police department in Maryland has released body camera video that captured two of its officers berating a 5-year-old boy who had walked away from his elementary school, calling him a “little beast” and threatening him with a beating.

The video released Friday by the Montgomery County Police Department shows one of the officers repeatedly screaming at the crying child, with her face inches from his.

“Oh, my God, I’d beat him so bad,” the officer said in the child’s presence before telling him, “You do not embarrass me like this at school.”

The boy’s mother has filed a lawsuit over the January 2020 interaction. Lawyers for the child’s mother, Shanta Grant, said the video shows the officers treating her son “as if he were a hardened criminal.” They said Grant is seeking “justice and fair compensation for the trauma he endured.”

“She also hopes that the incident will lead to changes in policy and training, both with the school and the police,” the attorneys, Matthew Bennett and James Papirmeister, said in a statement.

The Washington Post reports that the police department and the county’s public school system declined to address the incident in detail, citing the mother’s pending lawsuit. But the school system issued a statement describing the video as “extremely difficult” to watch.

“There is no excuse for adults to ever speak to or threaten a child in this way,” the school system said. “As parents and grandparents, we know that when families send their children to school, they expect that the staff will care for them, keep them safe and use appropriate intervention processes when needed.”

A police department spokeswoman told the newspaper that the two officers in the video remain employed by the department after an internal investigation.

“A thorough investigation was conducted of the entire event,” the department said in a statement.

The boy’s mother sued Montgomery County, the county’s education board and the two officers. Her complaint names the officers, but the department hasn’t released their names.

Police department spokesman Rick Goodale said he can’t comment beyond the department’s written statement on Friday or say whether the officers were disciplined. “All that is confidential personnel records under (Maryland) law,” he wrote in a text message to The Associated Press on Saturday.

The officers found the boy about one block from East Silver Spring Elementary School and drove him back to the school, where they were met by a school administrator. The video shows an officer forcing the crying child onto a chair in the principal’s office.

“Shut that noise up now!” the other officer shouted near the boy’s face. “I hope your momma let me beat you.”

One of the officers pulled out his handcuffs and closed one of loops around the child’s right wrist.

“You know what these are for?” he asked the boy. “[These are for] people that don’t want to listen and don’t know how to act.”

Both of the officers involved in the incident are Black, and so is the 5-year-old boy, according to Goodale.

Montgomery County Council member Will Jawando said the video “made me sick.”

“We all saw a little boy be mocked, degraded, put in the seat of a police car, screamed at from the top of an adult police officer’s lungs, inches from his face. This is violence,” Jawando said.

Montgomery County Executive Marc Elrich said in a statement Friday that he directed the county’s police chief to revisit training for how officers are expected to interact with children.

“Our police officers are not social workers, psychologists, or therapists and should not be giving advice or direction on parenting. Police duties should end as soon as school personnel are present to take over care of a child,” he said.

Elrich also said he is “limited” in what he can say about the matter while the mother’s lawsuit is pending and can’t discuss “disciplinary outcomes which have been taken.”