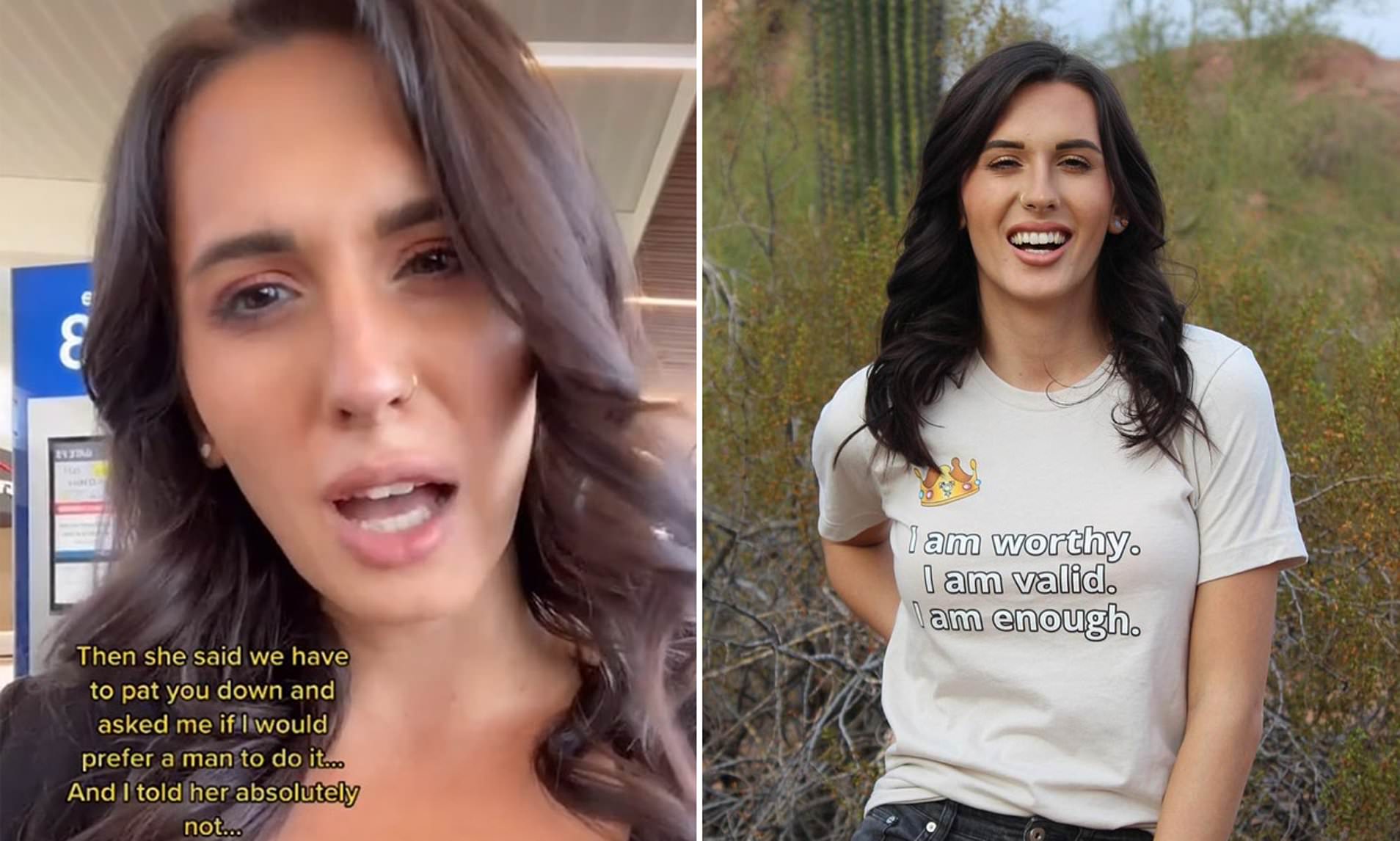 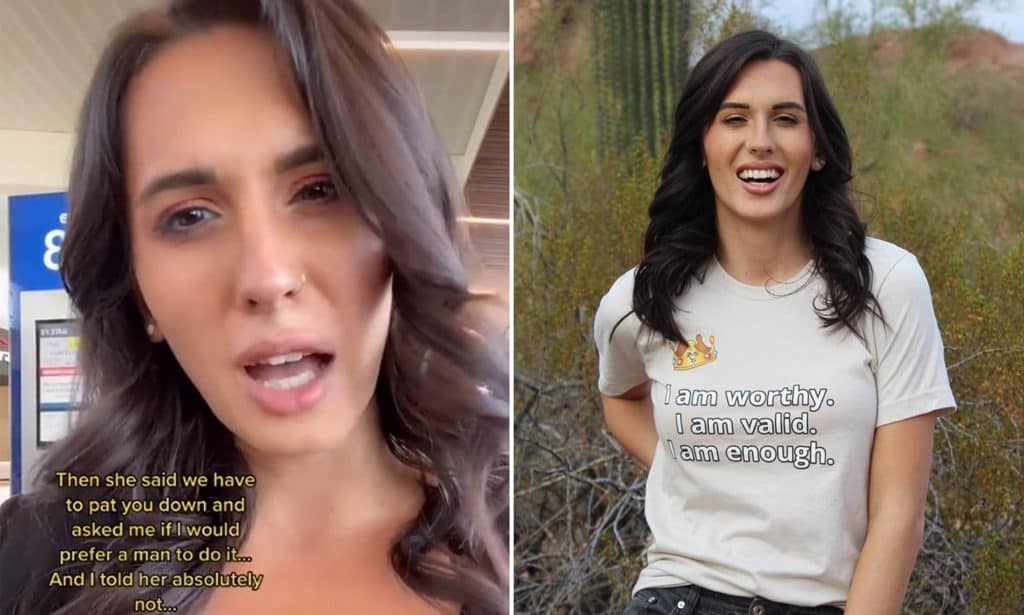 A non-binary transgender woman from Arizona has accused the Transportation Security Administration (TSA) of being ‘transphobic’ while detailing the humiliation she faced at airport security.

Rosalynne Montoya, who goes by Rose and uses the pronouns she/her or they/them, was flying from Phoenix to Los Angeles when she was stopped at security after the full-body scanner detected an ‘anomaly’ between her legs.

‘Can we talk about how horrible it is to travel while being transgender sometimes? I always have immense anxiety leading up to going through security,’ the Hispanic model explained in her viral TikTok, which has been viewed 19 million times.

And this means that I totally recognize the privilege of having all of my documents correct. So, the gender marker on my license, for example, says female. But, going through the scanner, there’s a male scanner and a female scanner in the TSA checkpoint.’

When a traveler enters the scanner, a TSA officer presses a button designating a gender, either male or female, based on the traveler’s appearance, according to the TSA website.

The system doesn’t account for transgender people, which makes traveling incredibly difficult and sometimes scary for members of the trans community.

‘Looking at me, you know, I look like a woman and I am a woman. So, that’s great. I love having systemic privilege when I feel unsafe, which is in an airport,’ Montoya continued. ‘But, going through the scanner, I always have an “anomaly” between my legs that sets off the alarm.