When they reach the gates of heaven St. Peter tells them that they have to answer a question to enter.

Then he asks them which one wants to go first.

The oldest of the three say I will go first and set an example for the other two.

So St Peter asks her “Who was the first man on Earth?”

She says “that’s easy, Adam was the first man on Earth. Lights flash, horns blow, bells ring, and the Gates of Heaven open wide and the nun enters.”

Well, the second women step up and say, “I guess I will go next.”

St Peter asks her “Who was the first woman on Earth?”

She answers that’s easy, Eve was the first woman on Earth.

Lights flash, horns blow, bells ring and the gates of heaven open up and that nun enters.

The last old women step up and say,

St Peter then asks her

“What were the first words Eve said to Adam?”

The old women think and think and she can’t come up with what Eve said to Adam first.

So she looks at St Peter and says

Lights flash, horns blow bells ring and the gates of heaven open up. 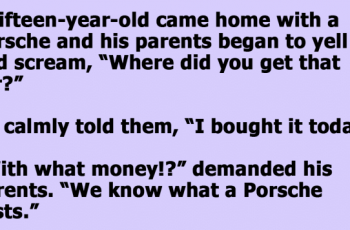 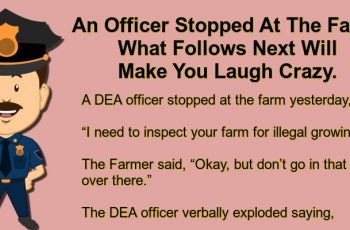 A DEA officer stopped at the farm yesterday, he …