The majority of parents want the best for our children. However, sometimes, no matter how hard we try to keep our relationships in order, we can’t force someone to love us and stay in love. In fact, there are many times when couples break up, leaving one parent in charge of all the kids.

Most of the time, the children will go to the mother but there are also situations wherein it is actually the dad who is more capable of raising the children on his own.

In Thailand, 32-year-old dad named Chatchai Parn-uthai recently went viral after he dressed up in a pink dress and wore a ribbon on his hair to become a ‘mother’ so his kids could attend a Mother’s Day event without feeling left out.

While the rest of the world celebrates Mother’s Day in May, the Thai’s event is held on August 12 to commemorate the birthday of Her Majesty Queen Sirikit ,the Mother of all Thai people.

Chatchai has two children, ages 3 and 5 and some years ago, he separated from his wife.

During Mother’s Day, children often get to enjoy the moment with their mothers but his kids had none, so Chatchai decided to dress up as a woman so that his kids could still have a good time.

Chatchai shared: “I am a single father with two children. For my son, I can do anything,”
“I don’t want my children to feel inferior and hope they can be happy. I didn’t feel embarrassed for wearing women’s clothes. It’s because I love my children very much. As long as I can see them smile, everything is worth it.”

While some people were laughing at Chatchai for his ‘silly’ outfit, many other people were impressed that this dad took aside his embarrassment so he could make his children happy. It was certainly one of the sweetest things a dad could ever do for his kid… 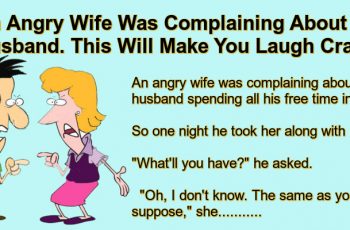 An angry wife was complaining about her husband spending … 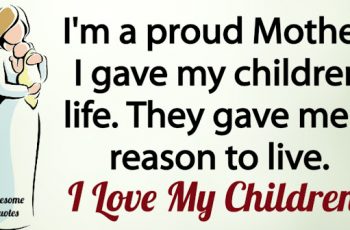 I’m a proud mother. I gave my children life …