My neighbour was working in his yard when he was startled by a late model car that came crashing through his hedge and ended up in his front lawn.

He rushed to help an elderly lady driver out of the car and sat her down on a lawn chair.

He said with excitement,

“You appear quite elderly to be driving.”

“I’ll be 97 next month, and I am now old enough that I don’t even need a driver’s license anymore.”

That’s right! The last time I went to my doctor, he examined me and asked if I had a driver’s license. I told him ‘yes’ and handed it to him.

He took scissors out of the drawer, cut the license into pieces, and threw them in the wastebasket, saying,

‘You won’t need this anymore’.

So I thanked him and left!”

“Do not regret growing older. It is a privilege denied to many.” 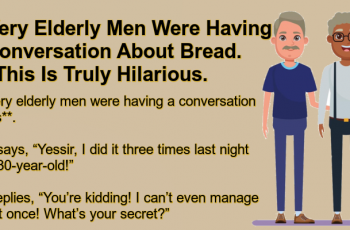 Two very elderly men were having a conversation about … 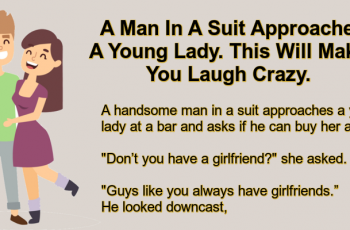 A handsome man in a suit approaches a young …