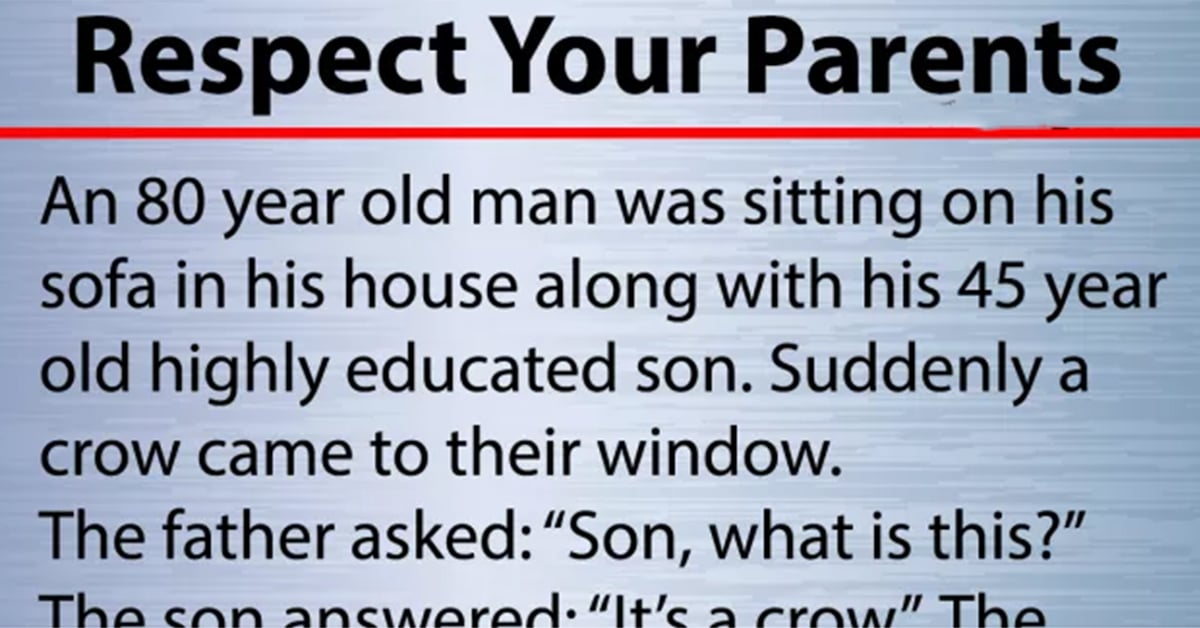 A 45-year-old man was sitting on the sofa with his 80-year-old father. Suddenly, the old man noticed a crow perching on the window and asked his son what that is. His son replied that it is a crow.

After a few minutes, the father asked him again what was the thing on their window. The son said “Father, I just told you. It is a crow.”

The father asked his son for the third time. “Son, what is this?” His son seemingly irritated said with an unpleasant tone “It’s a crow, a crow!”

Then, after a while, the father asked his son for the fourth time what is the thing standing in their window. This time, the son began shouting to his father saying “Why do you keep asking me the same question again and again? Are you not listening? It is A CROW. A CROW! Can’t you understand?!”

The father didn’t say anything, but he went to his room and returned after a while with what seemed to be an old diary. This was indeed a diary which he had kept ever since his son was born. He opened it on a specific page and asked his son to read it.

The son read: “Today my little son aged three was sitting with me on the sofa when a crow was sitting on the window. My Son asked me 23 times what it was, and I replied to him all 23 times that it was a Crow. I hugged him lovingly each time he asked me the same question again and again for 23 times. I did not at all feel irritated I rather felt affection for my innocent child”.

The son then realized that while he got irritated and annoyed just by answering the same question 4 times to his father, his father didn’t get annoyed at all for answering his son’s question 23 times. He responded with love every time.

When your parents attain old age, they need to feel your love and care more than ever.

Don’t look at them as a burden, or have impulsive outbursts when you are talking to them.

Speak to them in a loving manner, always use nurturing and kind words. Always take the feelings of your parents into consideration.

From this day on, make a vow to yourself that you want your parents to be happy and that you will do everything to make them happy.

They took care of you ever since you were born, and they care about you still. It is now your turn to give your parents love and respect and to take care of them.