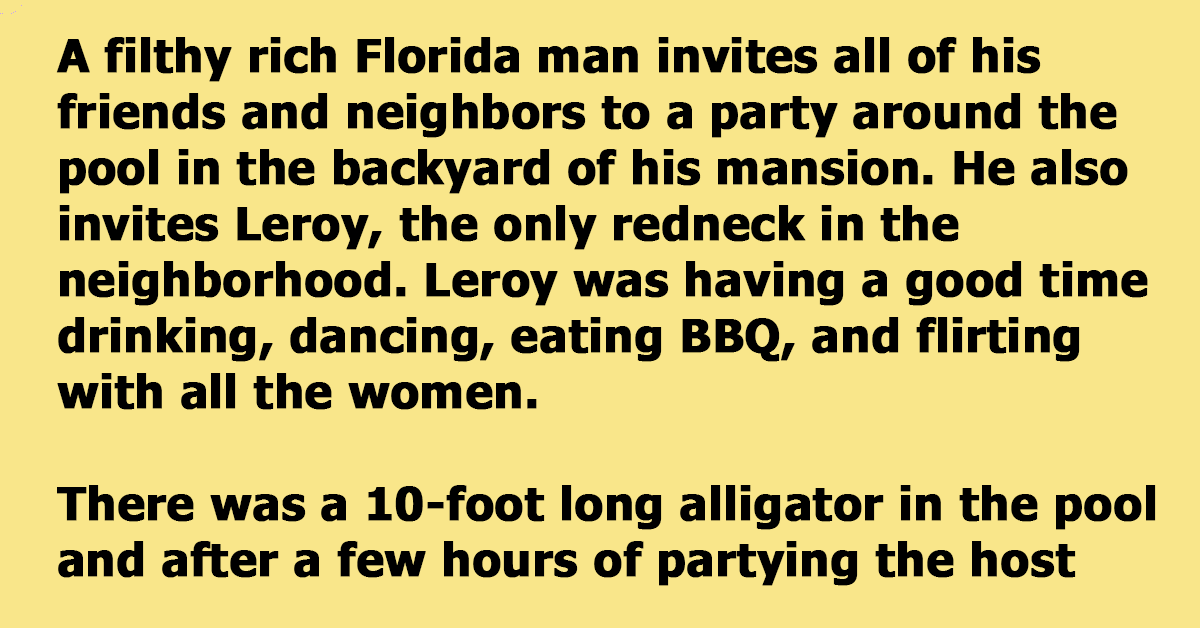 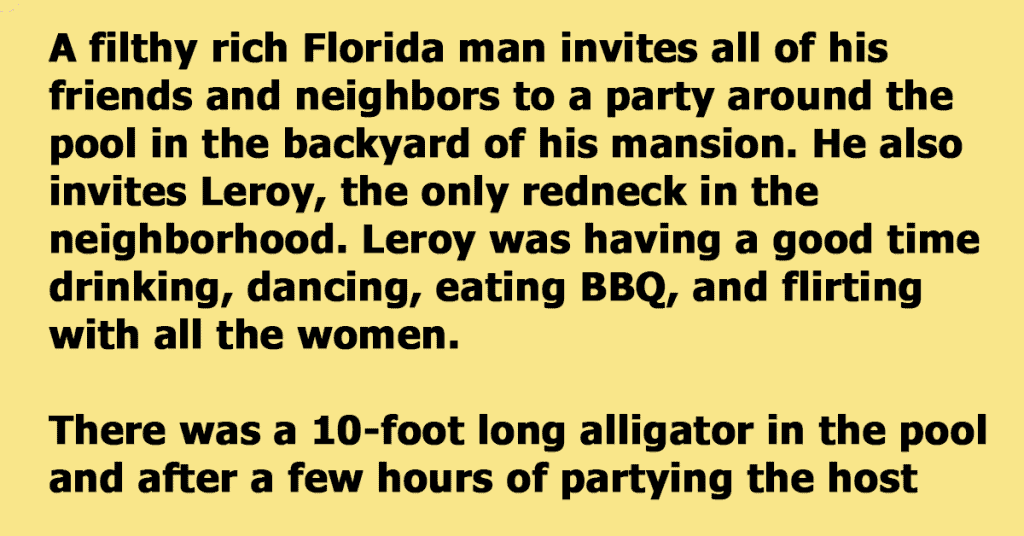 A filthy rich Florida man invites all of his friends and neighbors to a party around the pool in the backyard of his mansion. He also invites Leroy, the only redneck in the neighborhood. Leroy was having a good time drinking, dancing, eating BBQ, and flirting with all the women.

There was a 10-foot long alligator in the pool and after a few hours of partying the host announced, “I’ll give a million dollars to anyone who has the nerve to jump in the pool.” The words were barely out of his mouth when there was a loud splash. Everyone turned around and Leroy was in the pool!

Leroy was fighting the gator and the water was churning and splashing everywhere. Leroy was jabbing it in the eyes with his thumbs, punching it, and attempting to strangle it. He finally succeeded and left it floating in the water as he slowly climbed out of the pool. The onlookers were staring at him in disbelief.

Finally, the host says, “Well Leroy, I guess I owe you a million dollars.”

The rich man says, “I have to give you something, you won the bet. How about half a million bucks?”

The host says, “I insist on giving you something. How about a new Porsche, a Rolex, and some stock options?”

Confused, the man asks him, “Well, Leroy, then what do you want?”

Leroy says, “What I want is the name of the sumbitch who pushed me in the pool!”