So Father Rabbit takes four female rabbits and lines them up in front of his son.

“We are small and vulnerable animals, and everyone in the woods wants to eat us. That’s why we have to do everything really fast to stay safe. Including reproduction. I brought these four beautiful ladies for you to practice in safety. First, I’ll show you how it’s done, and then you’ll try it. Look closely.”

“One-two-three-four!” he shouts and bangs all four females in less than one second.

“See, all four of them are now fertilized. Now you do it.” 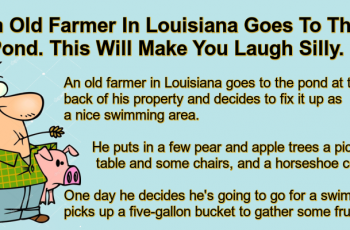 An old farmer in Louisiana goes to the pond … 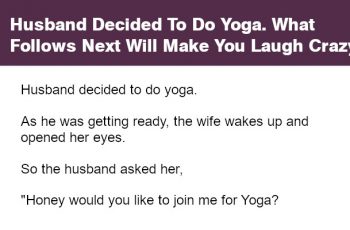 Husband decided to do yoga. As he was getting …