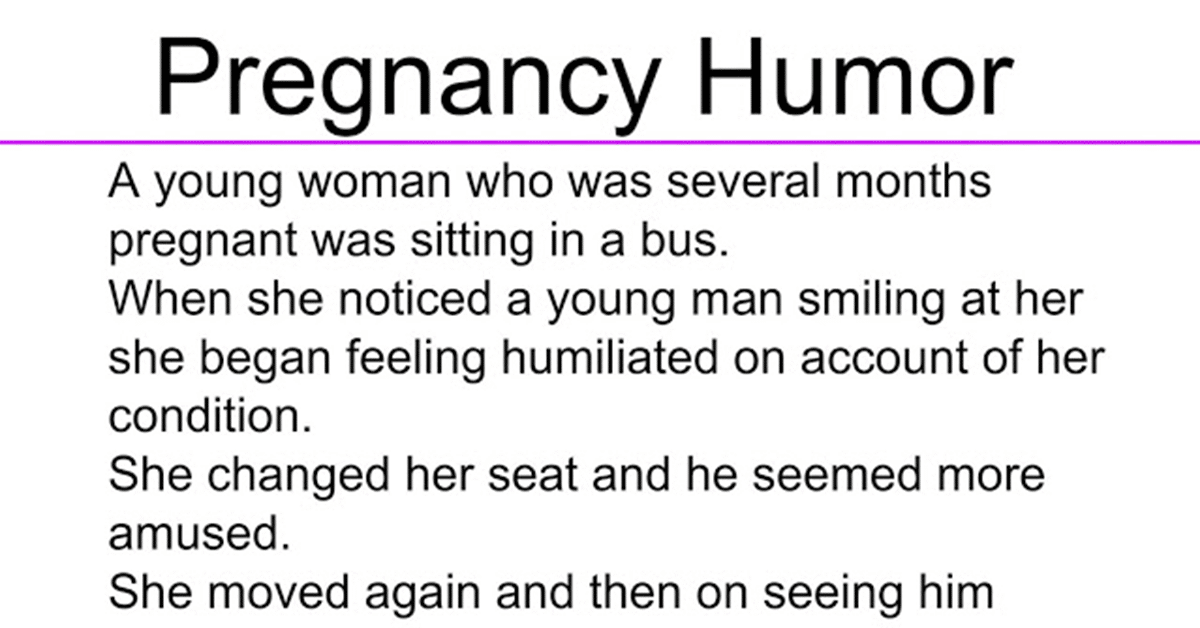 A young pregnant woman of several months was sitting on a bus.

When she noticed that a young man was smiling at her, she began to feel humiliated by her condition.

She changed places and he seemed to be more amused.

She moved again and saw him laughing more and more. She filed a complaint against him.

In the court, the man’s deference was:-

When the lady boarded the bus I couldn’t help noticing she was pregnant.

She sat under an advertisement, which read “Coming Soon- The unknown boon”

I was even more amused when she then sat under a shaving advertisement, which read:- “Williams stick did the trick”

Then I could not control myself when she was sitting in the third train under an advertisement that said:- “Dun lop Rubber would have prevented this accident”

The case was dismissed.

The judge fell off his chair laughing.

Have a Hilarious Day.