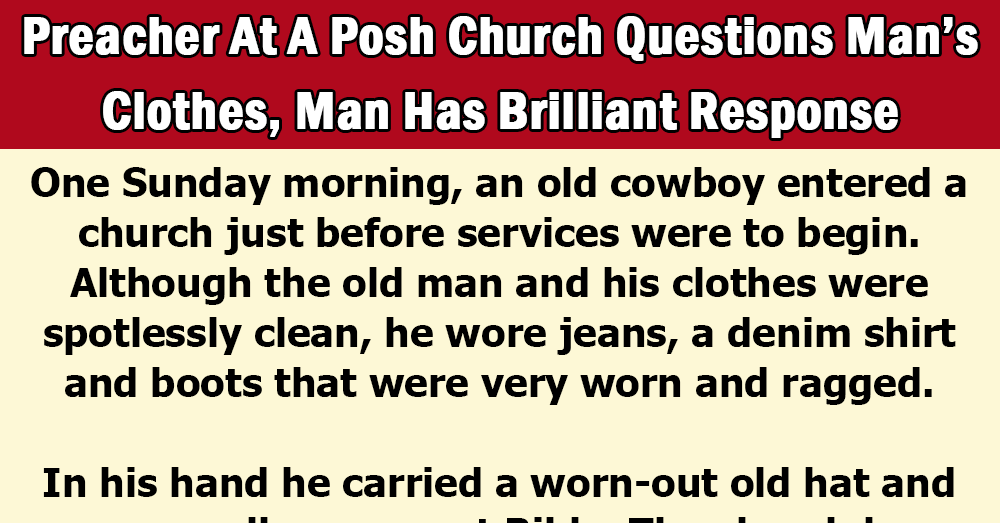 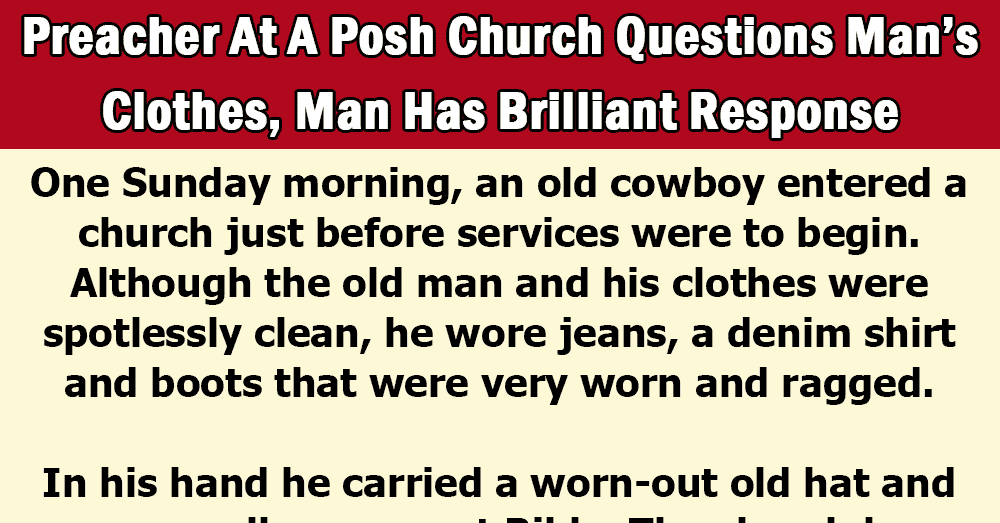 One Sunday morning, an old cowboy entered a church just before services were to begin. Although the old man and his clothes were spotlessly clean, he wore jeans, a denim shirt and boots that were very worn and ragged.

In his hand he carried a worn-out old hat and an equally worn-out Bible. The church he entered was in a very upscale and exclusive part of the city. It was the largest and most beautiful church the old cowboy had ever seen. The people of the congregation were all dressed in expensive clothes and accessories.

As the cowboy took a seat, the others moved away from him. No one greeted, spoke to or welcomed him. They were all appalled at his appearance and did not attempt to hide it.

As the old cowboy was leaving the church, the preacher approached him and asked the cowboy to do him a favor: “Before you come back in here again, have a talk with God and ask him what he thinks would be appropriate attire for worship.”

The old cowboy assured the preacher he would.

But the next Sunday, he showed back up for the services wearing the same ragged jeans, shirt, boots and hat.

Once again he was completely shunned and ignored. The preacher approached the man and said, “I thought I asked you to speak to God before you came back to our church.”

“I did,” replied the old cowboy.

“If you spoke to God, what did he tell you proper attire should be for worshipping in here?” asked the preacher.

“Well, sir, God told me that He didn’t have a clue what I should wear. He said He’d never been in here before.”