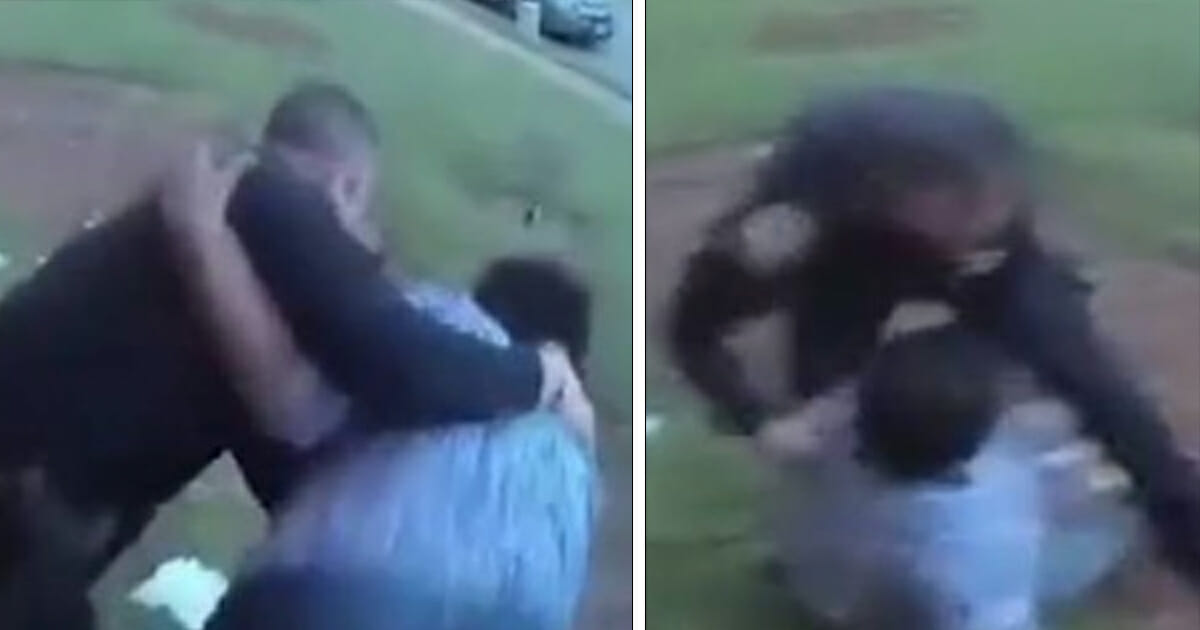 An investigation has been launched after bodycam footage came to light showing a police officer throwing a 76-year-old grandmother to the floor.

As per reports, Baltimore County Police Corporal Brennan is seen in the film – captured on January 10 – dragging Rena Mellerson outside before another officer slams to the floor.

Officers have said they were trying to arrest Rena’s granddaughter, Cierra Floyd, for disorderly conduct and had been forced to use tasers to gain entry to Rena’s home.

In the video Officer Schmidt, who took down Rena, can be heard telling her:

“The reason I put you on the ground, mam, was because I saw taser probes in you, he tried to tase you, and I was seeing that you were the immediate threat at the time.

“Okay. I just wanted to get you out of the way… no hard feelings… nothing personal.”

Authorities have released the 911 call that officers were responding to on the day. In the audio, a woman had called to say a boy was acting violently towards people in the area, while the woman can also be heard saying she has a knife.

“He’s trying to hurt people,” the woman says. “I will cut this little boy, somebody better come f*cking get him.”

Upon rushing to the scene, officers found Floyd and another woman locked in a verbal confrontation. Floyd then retreated to her grandmother Rena’s house, where the standoff with police entailed.

Rena Mellerson was initially charged with interfering in an arrest. Footage of her being slammed to the ground went viral, however, prompting an investigation.

WBAL say Rena wasn’t seriously injured during the incident. She was arrested and taken into custody. Floyd herself was also taken in and charged with similar violations, as well as disorderly conduct.

One of Rena’s daughters, Barbara, spoke to WBAL.

“My mother is a 76-year-old woman, lives alone, minds her business, never broke the law. She doesn’t even have a moving violation,” she explained.

“For her to go through something like this is ridiculous, and every time she thinks about it, she starts shaking. I had to take my mother to the hospital.”

Meanwhile, Baltimore County police chief Melissa Hyatt released a statement on social media with an update on the situation.

“A video that revealed a portion of an interaction between Baltimore County Police Department officers and two individuals Friday afternoon has garnered public attention and concern. The video is unsettling to watch and raises concerns.

I have ordered a thorough investigation of the incident in its entirety. Part of the review includes viewing body-worn camera footage of the entire incident, along with interviews and review of other documentation.

Upon the completion of this expedited investigation, the body-worn camera footage will be released.“

We hope this case can be solved as quickly and efficiently as possible. Where do you stand on it? Let us know in the comments box.