Pierce Brosnan is known to most of us as the cool, calm and extremely suave agent James Bond.

His career has spanned over three decades and also includes movies Dante’s Peak, The Thomas Crown Affair and most recently Mamma Mia!

But behind the dashing Irish man is a tragic story that has tested his family and pushed him on a path to charitable work.

The 66-year-old has experienced heart-breaking loss over two decades, first when he became a widower and then 22 years later when he lost his daughter to the same illness that had claimed her mother’s life.

When the U.S-based movie star met his wife Cassandra Harris, he was bowled over by her beauty and “never for an instant thought she was someone I’d spend 17 years of my life with.”

However Cassandra had different thoughts on this rising star: “Here was this funny-looking man with this short haircut. But we had much in common… and once we started talking, we never stopped,” she said of her first meeting with Brosnan, according to Lessons Learned in Life.

The two dated for three years and got married in 1980. They became inseparable and had a son together. Brosnan even adopted Cassandra’s children Chris and Charlotte from a previous marriage, after their father died in 1986.

Family life came naturally to Brosnan, despite his unconventional upbringing without a father and his mother eventually leaving him with relatives in Ireland while she went to work in London. Yet here he was decades later a devoted husband, father and stepfather and blissfully happy.

“We just clicked as a family. To begin with, I was Pierce, then I was Daddy Pierce, and then I just became Dad. Charlotte and Chris have just been amazing in my life,” Brosnan told the Mirror newspaper.

But this happy union would be torn apart when Cassandra was told she had ovarian cancer in the late 1980s and passed away in 1991, they had been married for 11 years.

Brosnan found happiness again with second wife American journalist Keely Shaye Smith in Mexico. The two married in 2001 and have two sons together.

But another tragedy hit his world 22 years after losing his first wife when his adopted daughter Charlotte also died from ovarian cancer.

“I don’t look at the cup as half full, believe me. The dark, melancholy Irish black dog sits beside me from time to time,” he told Esquire magazine.

The star turned to his original love of painting to help him through the loss and today not only campaigns on a cancer awareness and is Ambassador for UNICEF Ireland, he also donates the funds from the sale of his paintings to “environmental, children’s and women’s health charities.”

Charlotte who was 41 years old when she died and left behind her husband Alex and children Isabella and Lucas.

Speaking at a Stand Up to Cancer Event Brosnan reportedly said: ” “To watch someone you love have his or her life eaten away bit by bit by this insidious disease, that kind of sorrow becomes an indelible part of your psyche.

“I held the generous, strong, beautiful hand of my first wife Cassie as ovarian cancer took her life much too soon. And just last year, I held the hand of my funny, wonderful daughter Charlotte before she too died from this wretched, inherited disease.”

Cancer is a truly terrible disease and one that touches us all in some way. We must never give up the fight for a cure.

Please share to show your support for this star and to send strength to his family. 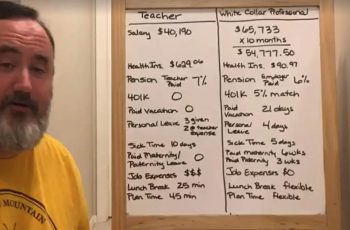 Say what you want about teachers, but none can deny … 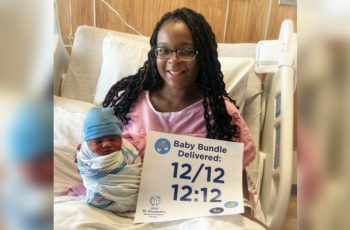 While everyone was busy taking a look at and snapping …