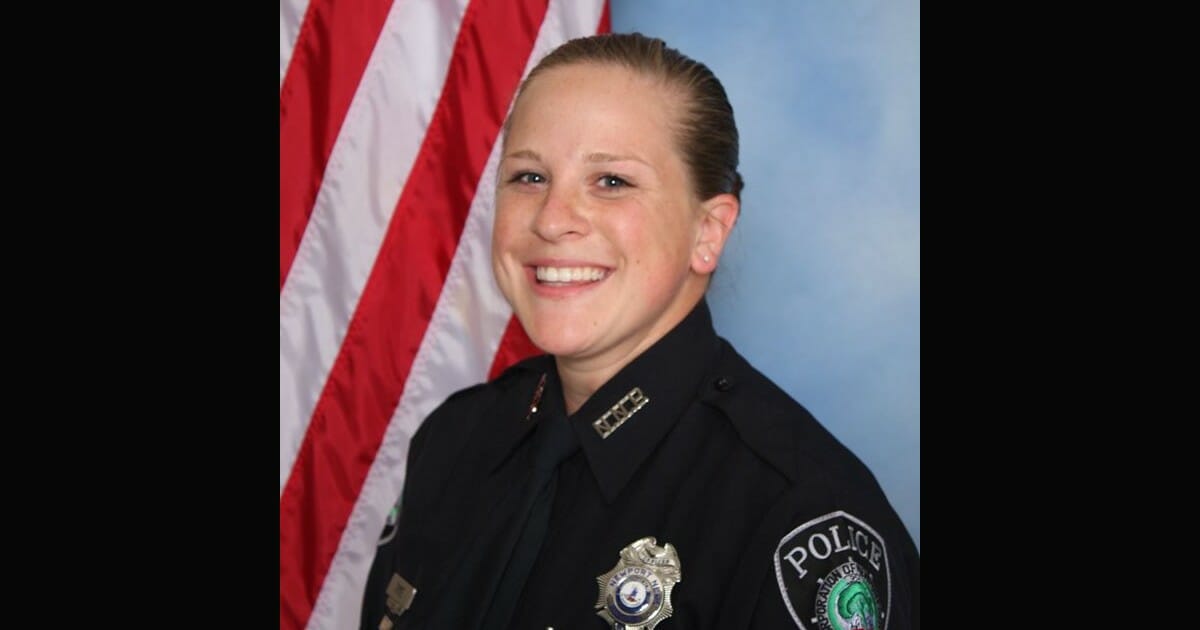 The community of Newport News, Virginia is mourning the loss of one of their own after Katherine “Katie” Thyne was killed during a traffic stop Thursday night.

Thyne and another officer pulled over a vehicle after receiving a drug complaint. Both stood on the driver’s side door and asked the drive to exit the vehicle, instead the driver accelerated. The other officer was able to move out of the way, but Thyne became stuck and was dragged a block before the vehicle crashed, pinning her between a tree and the vehicle’s door.

The 24-year-old was flown to a nearby hospital where she later died from her injuries.

“She was a true hero and served this community,” Newport News Police Chief Steve Drew said during a press conference. “She is and will always be a valued member of the department.”

Before she joined the Newport News Police Department in 2018, she served in the Navy. She was still in the U.S. Navy reserves.

During a procession where Thyne was transported from the medical examiner’s office to a funeral home, hundreds lined the streets to pay their respects to the fallen officer.

“As we go forward, the days will be challenging. I encourage the department to lean on each other. Members of the community, it’s okay to cry.” Drew said. “We will get through this together as a family.”

The suspect was arrested shortly after the crash and charged with homicide, evading and eluding law enforcement, and drug possession.

Rest in peace, Katie. Thank you for serving your community and making the ultimate sacrifice.