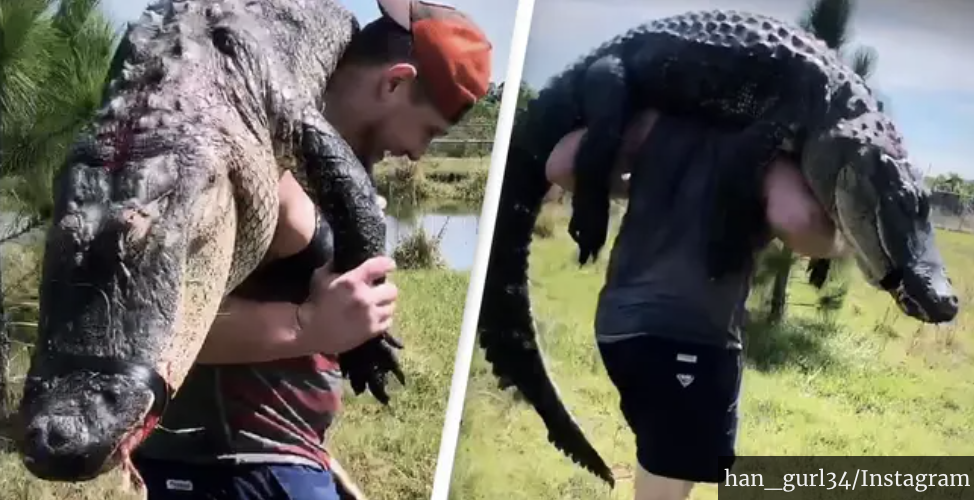 Internet is such a complicated world. One day we are laughing at an animal who became a trendy meme. The next day, we are crying at a poor dog being left alone in the street.

But we can all agree that whatever is posted on the internet, especially for famous people, will always become the subject of numerous criticism or praise. When you do good, you will be internet viral, if you commit a mistake – then just prepare yourself!

That is why it is important to always be mindful of whatever we post online – especially if you have a name well-known to many.

Take for instance the recent backlash to the NFL Star Wyatt Teller after posting a picture of a 10-Foot Alligator which he killed himself.

With no way of denying it, the NFL star from Cleveland Browns, Wyatt Teller, was captured on a recently shared video carrying a massive 200-pound alligator just around his shoulders. It definitely caught the attention

The controversial video happened during a hunting experience at Clay Gully Outfitters in Central Florida, where the football player participated. Though technically, such reptile hunting is considered legal in the state, it still did not go well with most netizens.

Videos surfaced on different social media platforms like Twitter and Instagram where the NFL guard was seen walking across fully green grass banks with the cadaver of the dead alligator resting over his shoulders.Liv Stainless Steel Flatware Set – no key details

Nothing to see here, just Browns All Pro G Wyatt Teller carrying an alligator over his shoulders ? ?

Creating an even bigger fuzz about it, one clip showed how the alligator’s body is just hanging down his side while the poor animal’s head is resting across his shoulder.

But the NFL did not violate any rule in the state as it is legal in Florida. One can apply for an “Alligator Hunt Permit” in order to participate in a statewide Alligator Harvest Program. Whenever a permit is issued to a hunter, he is allowed and is permitted to kill alligators based on the set of numbers provided by the state.

So simply put, the player really did not violate anything for that matter. However, the photo and video online received numerous backlash from offended netizens which targetted the athlete and his ability to carry a dead animal and even hunt for it.

This must really be part of fame – you become very vulnerable to criticisms and mishaps are thrown at you.

The backlash is due to the fact that as seen in the video, Wyatt seems to use the alligator for weight-lifting purpose that offended some people.

Another one also commented, “If you’re going to hunt, then hunt. I’ll never understand people that are proud to pose with dead animals. How is killing an animal from a distance an accomplishment?” pointing out that hunting is okay but posting a photo with your dead trophy is definitely not cool. “

While others are not against it. Some are stating how the act was not illegal at all and is just mere acceptable since it is allowed by the state.

One commenter said in “Alligators in my state of Florida are taking over. They really have no natural predator and are traveling further and further inland. In many cases, people are paid to hunt them to help with population control and they are paid for it.” Justifying that such action is accepted and nothing to be offended about.

Therefore, it is a big fuzz just maybe because he is a big name in NFL and people are expecting him to become the epitome of good behavior.

Let us know in the comments if you think what he did was worthy or rage or not.