Are you the kind of person who has trouble sleeping during the daytime no matter how tired you get?

Even if you put all your day’s work and try to go to sleep but your eyes just say “no?”

And do you know someone who even if they just lay their head on their pillow they are fallen into a deep slumber already?

Like how do they sleep so fast while you are stuck struggling and counting numerous sheep in the hopes of falling asleep but ending a complete fail? And you sometimes think there must be something wrong with you.

But don’t worry – a recent study shows how some people are just born to Nap! Literally!

There are really people who were found out to require more sleep in their bodies compared to others.

According to a recent study, those people who require more naps than others can be traced back to their genetics. A scientist from Massachusetts General Hospital found out that this causes people to be simply considered as having more need to nap compared to others.

“Napping is somewhat controversial. It was important to try to disentangle the biological pathways that contribute to why we nap,” says Dr. Hassan Dashti in response to the findings of the recent study.

In order to make sure that the result of the study is reliable, 452,633 people were analyzed by the researchers. This is done in order to fully analyze how our genetic makeup affects our ability to take a nap. Cool right?

Dr. Dashti added, “That gave an extra layer of confidence that what we found is real and not an artifact.”

To further ensure credibility in the study, a genome-wide association study (GWAS) was carried out to help identify the associated variations when it comes to napping.

A genome-wide association study (GWAS) was then carried out to identify genetic variations associated with napping.

As per their study, GWAS was able to identify 123 regions in the human body that is directly associated with human’s day sleep. These associated genomes were proof that the scientists are already on the right track including the snoozing.

The more they dig into their study, scientists were able to identify three napping mechanisms that potentially explain the kinds of napping needs of the human body. The first two identified were called a “disrupted sleep” and “early morning awakening” which refers to those people who take a nap because they haven’t had enough shut-eye during their previous night, or they are those people who need to get up early.

On the other hand, known as sleep propensity,  is the term used by researchers to describe those people who simply just have to sleep more than others.

According to Dr. Dashti, that it “tells us that daytime napping is biologically driven and not just an environmental or behavioral choice.”

This explains to us that our body will really demand proper sleep if we do not have it.

On the basis of genetics, some genetic traits were identified and linked to further health concern that includes obesity, and high blood pressure as observed to those who have higher tendencies to either be sleep deprived or nap a lot. While other gene variants were also related to our wakefulness that explains why some people just can’t go to sleep no matter how hard they try.

Some of the genetic traits identified were also linked to health concerns, including obesity and high blood pressure. Meanwhile, several of the napping gene variants were associated with orexin, a neuropeptide, linked to wakefulness.

It seems so magical to understand the human body’s response to sleep and wakefulness.

The findings were published in the journal Nature Communications.

How about you, can you sleep easily or not? Share to us in the comment section below! 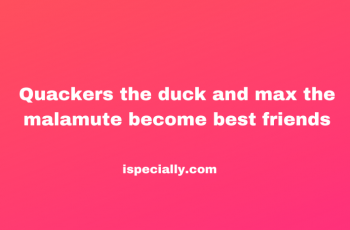 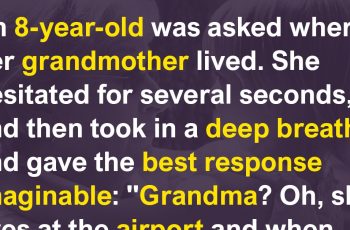 People who still have grandparents in their lives are very …