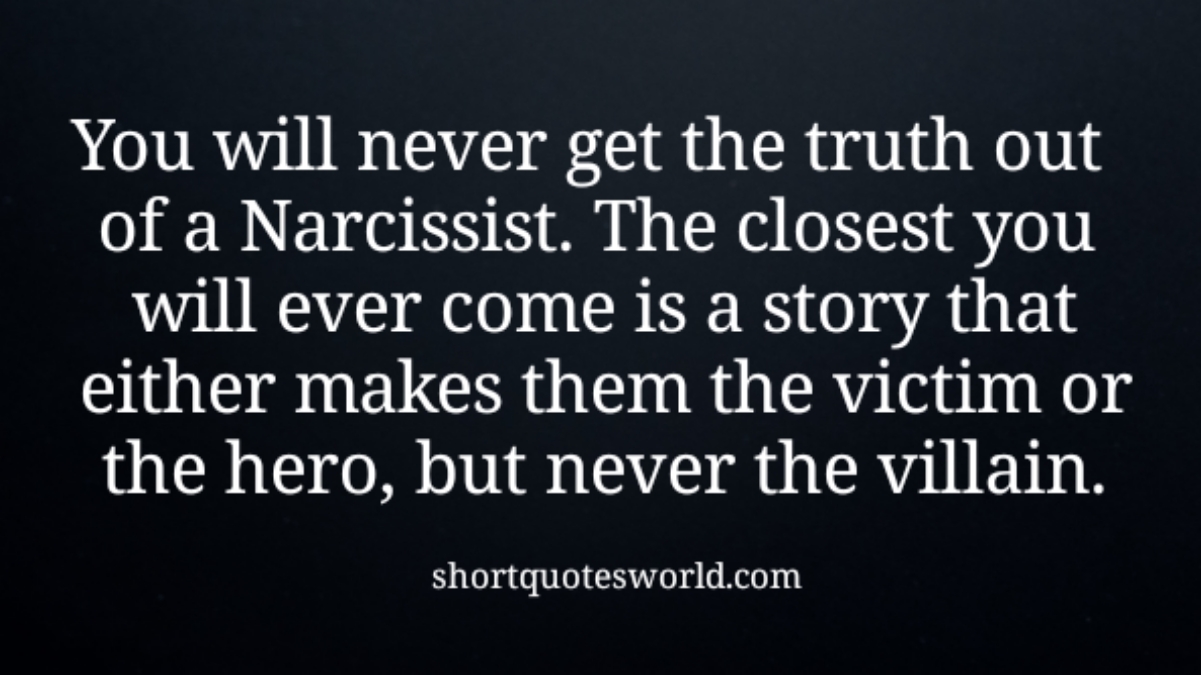 Narcissists can have one of the most charming personalities you would ever come across, but they will never say they’re sorry. This is mostly because they can never admit they were wrong in the first place, as there seems to always be an intelligible explanation for every messed up thing they do. They suck at fixing things and would almost never take another person’s feelings into consideration.

If you have a friend who fits into this category, chances are they grew up believing they are a special breed and feel they need to be treated accordingly. Narcissists develop a pathological sense of self entitlement from a very early age, which is why truth remains a foreign concept to them. Personalities here are built on a false self, with the belief that they are the superior and perfect beings in every social gathering. They were probably not held accountable for their mistakes as a child, from when they’ve learned to exploit and manipulate others.

Above everything else, narcissists thrive on attention, which makes them feel there is no more fascinating a topic than themselves. While the extroverted ones like to dominate, assert superiority and try to awe others, the introverted counterparts find a passive-aggressive way to get attention, usually by playing victim. When it comes to a narcissist’s feelings, they feel they are better off hiding the truth, even from their own selves. They lack the faculty to understand the feelings that fuel their behavior, making them operate on survival instinct.

Their Ideas Are Always Right

A narcissist can as much as pick a fight with you if you do not agree with some premise of theirs. In fact, they prefer to relate with individuals who always remind them of their virtues, They long for everyone to be Snow White’s evil stepmother’s mirror, reminding everyday that they are the fairest of them all. They do not want any contradictions, and would go to lengths to make sure they sign you over to their opinion. To them, most relationships are a means to an end.

For the same reasons they never admit they are wrong and apologize, narcissists hardly forgive. The way they see things, everyone is a potential threat that needs to be defeated. As such, they are hypervigilant to a perceived real attack, leaving them always in the battlezone fighting for their survival. If you hurt them, they are more likely to retaliate than consider forgiveness. Apologizing often proves their superiority, along which line they will take the opportunity to enact punishment for wrongdoing. It might not seem like it, but narcissists go through internal struggles just like everyone else. Though they will never admit so, they actually go through a lot of suffering because they always feel frustrated, challenged and bitter. Sometimes, a rather ironic low self-esteem puts them on a constant battlefield where they’re trying to get the biggest gun and the most impressive trophy.

The post Narcissists Never Admit That They Are Wrong appeared first on Shortquotesworld.