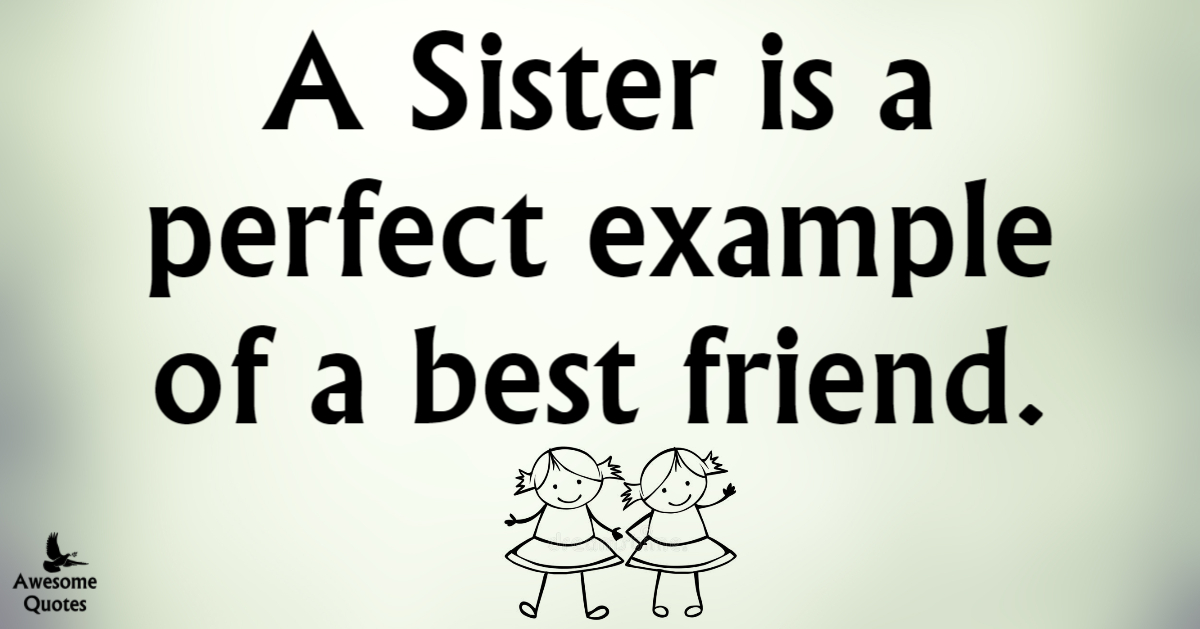 A Sister is a perfect example of a best friend.

“Having a sister is like having a best friend you can’t get rid of. You know whatever you do, they’ll still be there.”—Amy Li

“I could never love anyone as I love my sisters.” —Little Women film adaptation (1994)

“A sister can be seen as someone who is both ourselves and very much not ourselves—a special kind of double.” —Toni Morrison

“Sister. She is your mirror, shining back at you with a world of possibilities. She is your witness, who sees you at your worst and best, and loves you anyway. She is your partner in crime, your midnight companion, someone who knows when you are smiling, even in the dark. She is your teacher, your defense attorney, your personal press agent, even your shrink. Some days, she’s the reason you wish you were an only child.” Barbara Alpert

When my sister, Joan, arrived I asked if I could swap her for a rabbit. When I think what a marvelous friend she’s been, I’m so glad my parents didn’t take me at my word.” —Maeve Binchy

“I grew up believing my sister was from the planet Neptune and had been sent down to Earth to kill me. I believed this because my sister Emily convinced me of it when I was a toddler…There’s a part of me that still believes it. I have moments when I think, ‘Hmm, could that be true?’ Occasionally I ask my sister about it and she responds by pulling an alien face, which only confuses matters.” —Zooey Deschanel