Mr. and Mrs Potato had three daughters who were as upstanding as they were lovely.

One day the first daughter came home and exclaimed, “I have an announcement to make.”

“And what might that be?” said Mother, seeing the obvious excitement in her eldest daughter’s eyes.

“Well,” replied the daughter, with a proud but sheepish grin, “I’m getting married!”

The other daughters squealed with surprise as Mother Potato exclaimed,

“Married! That’s wonderful! And who are you marrying, Eldest daughter?”

“A Russet!” replied Mother Potato with pride. “Oh, a Russet is a fine tater, a fine tater indeed!”

As the family shared in the eldest daughter’s joy, the middle daughter spoke up.

“Mother, I too, have an announcement.”

“And what might that be?” asked Mother Potato. Not knowing quite how to begin, the middle daughter paused, then said with conviction, “I, too, am getting married!”

“You, too!” Mother Potato said with joy. “That’s wonderful! Twice the good news in one evening! And who are you marrying, Middle Daughter?”

“Oh, an Idaho is a fine tater, a fine tater indeed!” Once again, the room came alive with laughter and exciting plans for the future, when the youngest Potato daughter interrupted.

“Mother? Mother Potato? Um, I, too, have an announcement to make.”

“Well,” began the youngest Potato daughter with the same sheepish grin as her eldest sister before her,

“I hope this doesn’t come as a shock to you, but I am getting married, as well!”

“All of my lovely daughters married! What wonderful news! And who, pray do tell, are you marrying, Youngest Daughter?”

“But he’s just a common tater!” 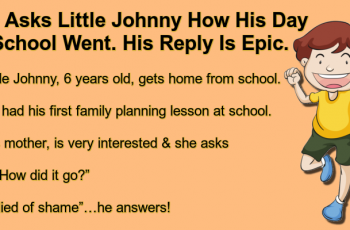 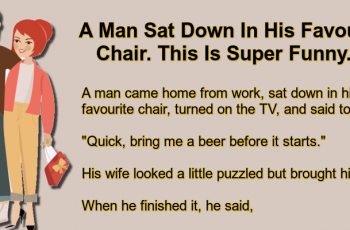 A man came home from work, sat down in …