Mr. Bear and Mr. Rabbit didn’t like each other very much.

One day, while walking through the woods, and they came across a golden frog.

They were amazed when the frog talked to them.

The golden frog admitted that he didn’t often meet anyone, but, when he did, he always gave them six wishes.

He told them that they could have 3 wishes each.

Mr. Bear immediately wished that all the other bears in the forest were females.

The frog granted his wish.

Mr. Rabbit, after thinking for a while, wished for a crash helmet.

One appeared immediately, and he placed it on his head. Mr. Bear was amazed at Mr. Rabbit’s wish, but carried on with his second wish.

He wished that all the bears in the neighbouring forests were females as well, and the frog granted his wish.

Mr. Rabbit then wished for a motorcycle. It appeared before him, and he climbed on board and started revving the engine.

Mr. Bear could not believe it and Complained that Mr. Rabbit had wasted two wishes that he could have had for himself.

Shaking his head, Mr. Bear made his final wish, that all the other bears in the world were females as well, leaving him as the only male bear in the world.

The frog replied that it had been done, and they both turned to Mr. Rabbit for his last wish. Mr. Rabbit revved the engine, thought for a second, then said,

“I wish that Mr. Bear was gay!” and rode off as fast as he could! 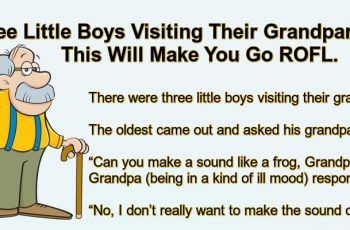 There were three little boys visiting their grandparents. The oldest … 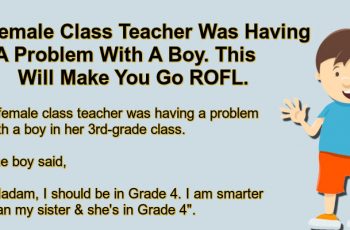 A female class teacher was having a problem with a …