Love of a mother has no bounds – and a mother will always love her children no matter how old they might already be or what circumstances they are in.
This homeless mom who was spotted playing with her son by the road is a typical example. The bittersweet photo has touched millions netizens’ hearts.

Facebook user Ameniel Del Mundo was stuck in traffic while he was driving through on Airport Road under the NAIA Expressway in Parañaque, Metro Manila in the Phillippines. The man was grumbling about his situation and feeling stressed out about some issues at work when he spotted a woman and her child, playing by the roadside.

It was this scene that made him snap back to reality and changed his mood. He took a photo of the two, captioning the picture with, “Proof that happiness is a choice.”

The photo went viral online, with many netizens admiring the little family for being happy in spite of their situation. Although it might have only been a brief moment of happiness, it really shows that you can really find happiness anywhere and everyone. It does not matter if you are poor or rich, you can still be happy.

The man told the Inquirer: “I was stressed by some issues in my business when I saw the child playing with his mom and the mother grabbed the child and played with him as well. The two were playing happily at the island while I was grumbling about my situation inside the car,”

Because of the fact that he was stuck in traffic and couldn’t possibly leave his car in the middle of the road, Ameniel was not able to talk with the mother and her child. After the post went viral, a lot of people signified their willingness to help out but he was not able to find them again at the spot.

Ameniel said: “They might be moving around since I tried to came back on Friday and Saturdays, but they were nowhere to be found, will come back this week since I remember their faces very well,”

As of press time, Ameniel still has not found the family but hopes to find them soon. 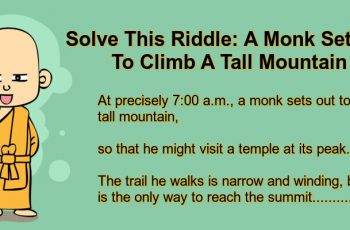 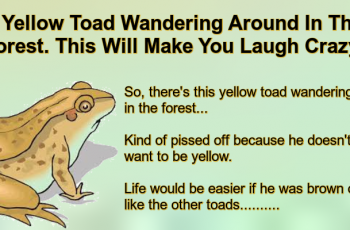 So, there’s this yellow toad wandering around in the …