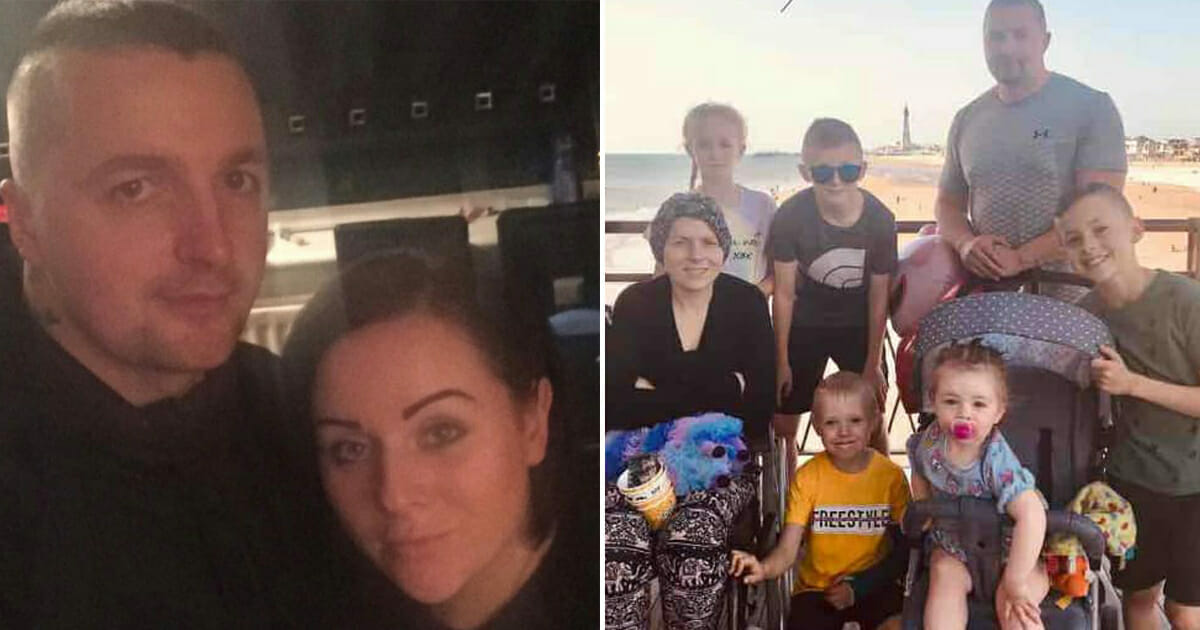 Ashley Meehan and her partner Peter Potts planned to celebrate Christmas a day early with their five children at their home in Scotland.

But the day before Christmas Eve the 30-year-old mom passed away after losing her fight to cervical cancer.

Her partner took to Facebook to announce her passing saying he was heartbroken.

“Unfortunately Ashley’s fight is over and (she) passed away peacefully in her home last night surrounded by family and friends everyone she loved – there’s no words that can describe how wonderful a person she was and ever,” he said.

The former nursery nurse had been declared cancer free in 2018 but suspected her cancer may have returned in April this year and went to see her doctor.

She was given pain killers and sent home but the pain didn’t go away.

The pain got so bad she was unable to walk and ended up in the emergency room. Despite her history no scans were taken and her cancer remained undiagnosed.

It was only when she went to Beatson Cancer Charity Center in Glasgow that it was confirmed her cancer had returned.

Peter, who had proposed to Ashley in her hospital bed in June last year, said her final wish was to have one last Christmas with her family.

“19 months of fighting ups and downs and even beating this horrible disease last Christmas.

“Ashley’s final wish/dream was to have 1 last Christmas morning with her babies and we were going to have Christmas 1 day early.”

Peter said he felt helpless while she was fighting the horiffic disease.

“She was my soul mate my everything – love at first sight and she was the person I was meant to be with the rest of my life – life is so cruel so unfair and she never gave up and was so so brave and fought to the end for her babies,” he added.

“I promised to look after her forever and I felt helpless I couldn’t do anything to help her. I hope everyone has a merry Christmas don’t take life for granted live and live every moment you have Thank you ❤️”

According to the Mirror newspaper the local NHS Greater Glasgow and Clyde, in charge of the hospitals which treated Ashley said: “We are very sorry to hear that Ashley has passed away.  Our thoughts and sympathies are with her family at this difficult time.”

Please share to send love and strength to this heartbroken family. Our thoughts are with you. Rest in peace Ashley.