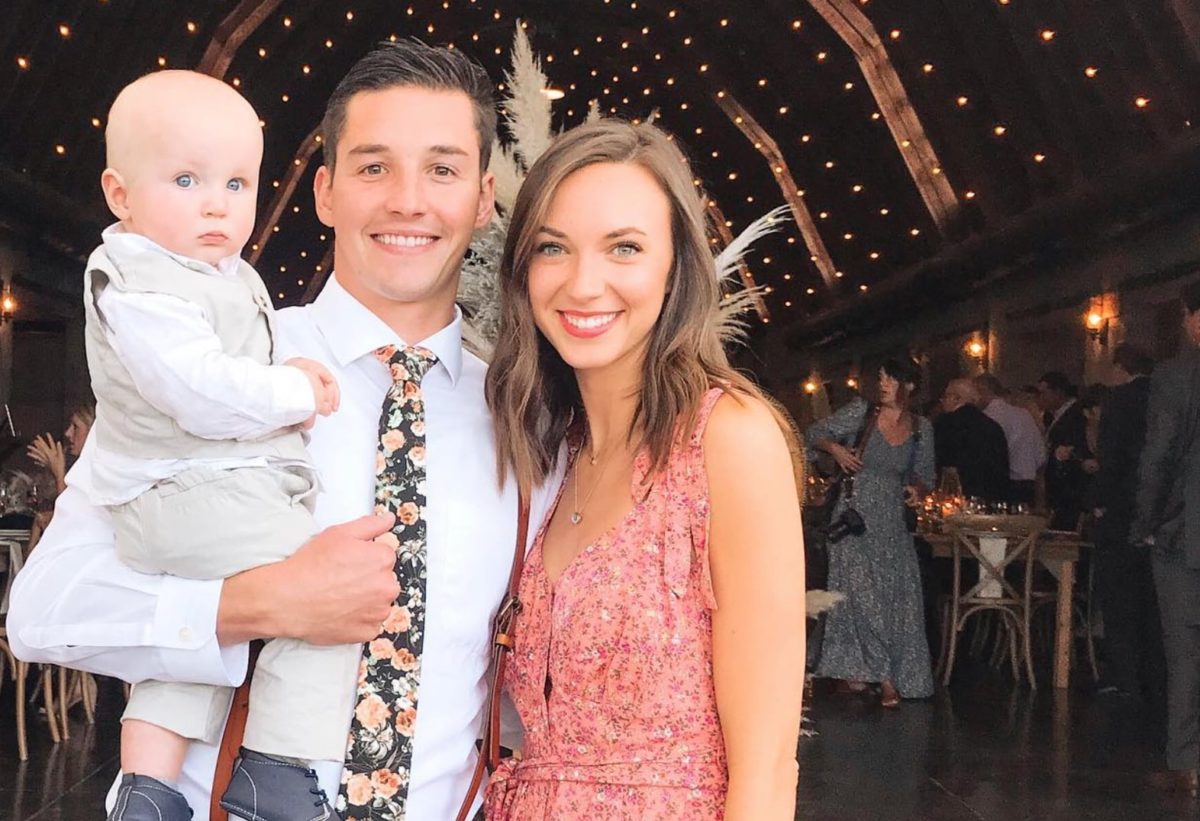 While attempting to get home on an American Airlines flight on September 11, one family had a horrific experience to say the least.

Brenna Flinton and her veteran husband, Kyle Flinton, were attempting to get their 1-year-old son, Japser, home safe but he was upset through most of the flight. Kyle lowered his mask to comfort his child or eat with him but was allegedly reprimanded by the airlines. 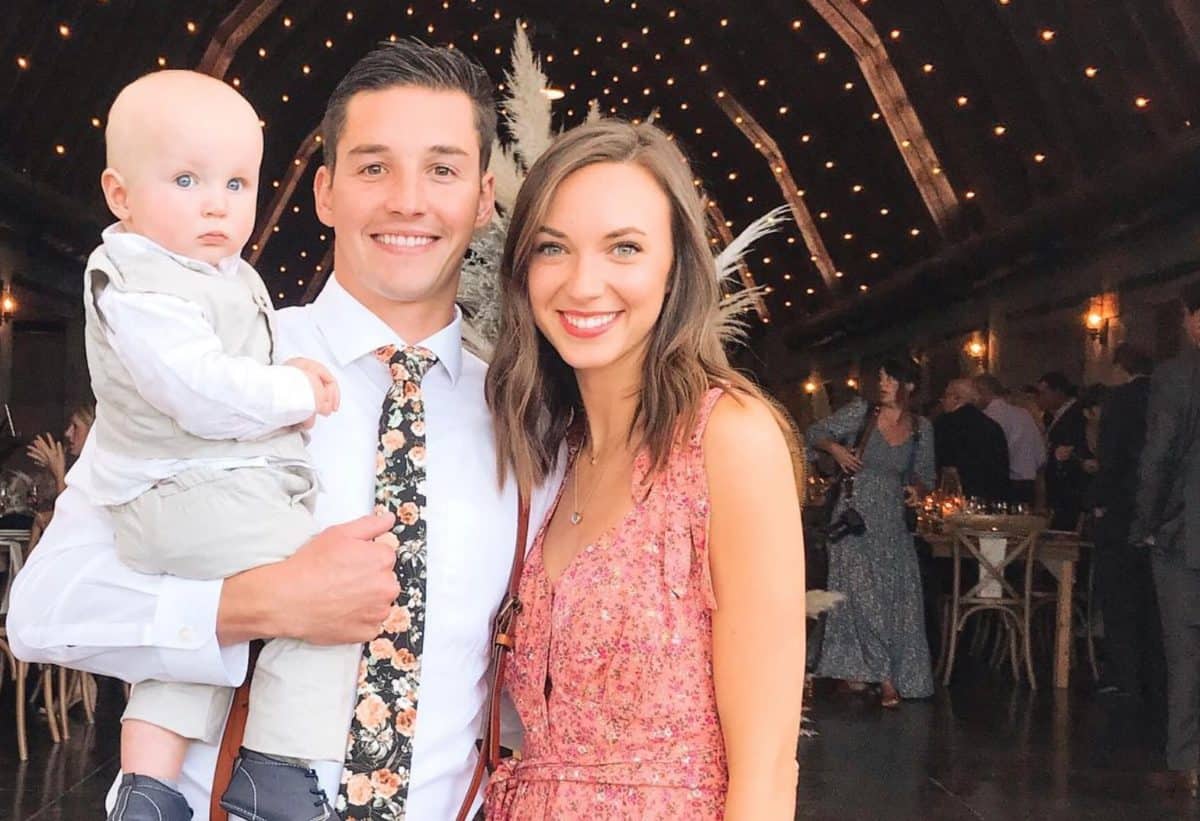 On Friday, September 11th we caught two flights with AA, from Orlando to Dallas and then to our final destination of Colorado Springs. It was the end of a great, but exhausting family vacation (our first since the start of COVID-19) with our rambunctious, teething toddler, and we had a full 11-hour day of travel ahead of us.”

“About an hour into our first 3-hour flight, our 21-month old had a full-fledged melt down, as most toddlers do. When he did, we offered him snacks, toys, read books to him and tried to talk to him to calm him down. Kyle, seated on the aisle seat, was scolded by one particular flight attendant for having his mask below his chin while trying to talk to Jasper over his screaming. The screaming even got so bad he resorted to pacing the aisle with Jasper, while wearing his mask of course.”

The baby didn’t stop crying as the flight continued on.

“Baby Jasper continued to have melt downs the majority of the flight and we continued to do anything we could to calm him. 98% of the time our masks were completely on our face, but there were a few moments that Kyle pulled his mask down to eat with Jasper and to speak to him between his sobs and screams.”

“The only times we pulled down our masks were to talk to Jasper, attempt to calm him, and eat with him. In those few moments that the mask came down to soothe him, the flight attendants scolded Kyle immediately. This happened a total of 3 times. The third time, we were descending into Dallas and, in front of the whole plane, with Jasper screaming, she informed us that she would be submitting a report to AA on Kyle’s negligent conduct…”

Kyle continued to keep his cool despite the chaos.

“The entire plane watched in silence as she scolded Kyle about how he wasn’t following the CDC guidelines by covering his entire nose down to his chin… our son still screaming while they talked. Kyle calmly responded by explaining that every time she asked, he pulled his mask up, and that the reason his was pulling his mask down was to eat with or speak to Jasper, because he couldn’t hear him through the mask between his sobs and screams. He explained he was doing the best he could do, given the circumstances. To which she pulled over another flight attendant to threaten us with the CDC guidelines.” 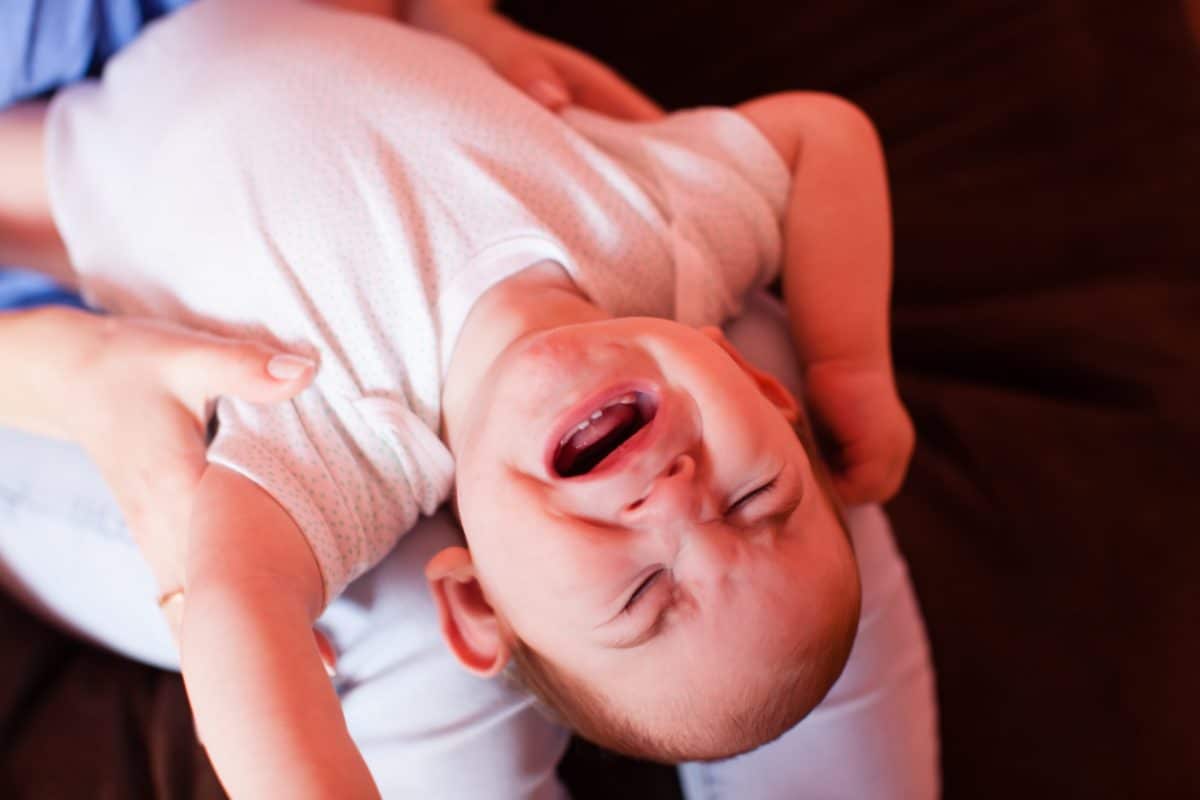 “After landing, we got off without any more dialogue from the flight crew and proceeded to the terminal for our remaining 3-hr layover. So for 3 more hours, we entertained our son and chased him around the airport until it was time for us to board our final flight home. We are now 9 hours into our trip, and our 21-month old still hasn’t taken his usual nap. The layover came to an end at 8PM, and it was time to board the second flight. We got to the attendant scanning tickets and, as my husband’s ticket was scanned, the computer screen flashed red with the words “FLIGHT RISK – NO Boarding.”

But what happened next sent the couple over the edge.

“We were told we needed to step aside so they could call AA management because we wouldn’t be able to board our plane. Of course, our son started screaming/crying because we were walking away from our plane heading home. My husband’s ticket had been CANCELLED, and we were told we would not be able to fly to Colorado Springs or with American Airlines in the future. This was the last flight to Colorado Springs out of Dallas for the night, and our bags, with everything but a single diaper and a few wipes were loaded onto the plane without us.”

The mother went on to be incredulous about the situation. 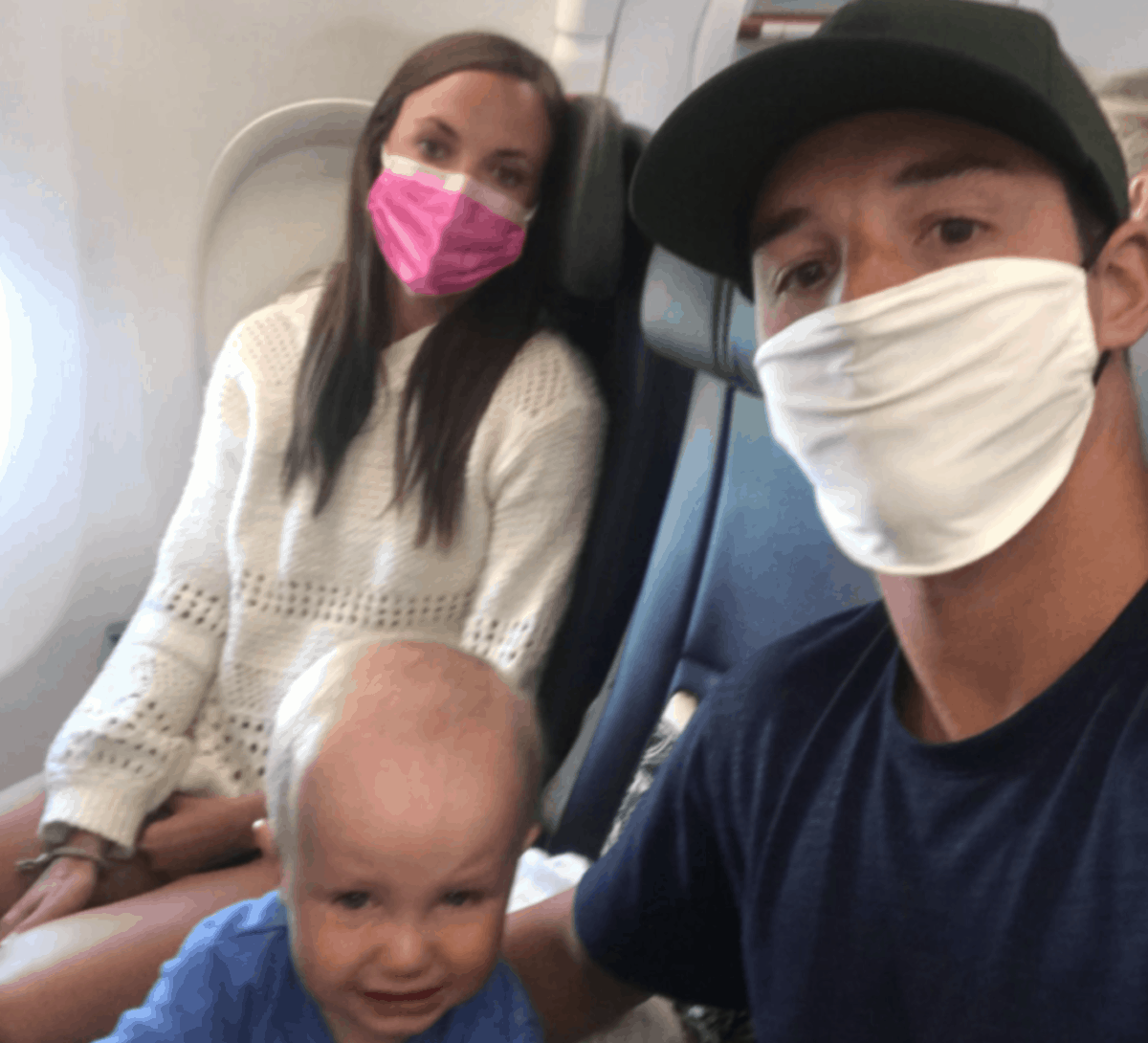 “We were completely shocked and had no idea that this would be the result of our warning from the flight attendant, as that hadn’t been communicated to us. There wasn’t a single conversation about the fact that we were not going to be able to board our next flight. We had spent the last 3-hrs killing time, entertaining our son, for us to not be able to board our flight home. How cruel can you be to cancel the flight of a traveling family with a distressed toddler, without any warning?”

“We were going to be stranded in the Dallas Airport, with no bags, no clean clothes for our baby and only one diaper.After waiting about 10 minutes, we were finally able to speak with the manager. We had to PLEAD with him to let us board the flight, that we paid for, so that we could get our son home. For the entire conversation, our son cried hysterically.”

Thankfully, the couple was able to convince the manager to get them back on board.

“After much pleading and vowing to wear our masks completely over our noses the entirety of the flight, they finally agreed to let us board and reinstated our cancelled tickets, mere minutes before the terminal door closed.”