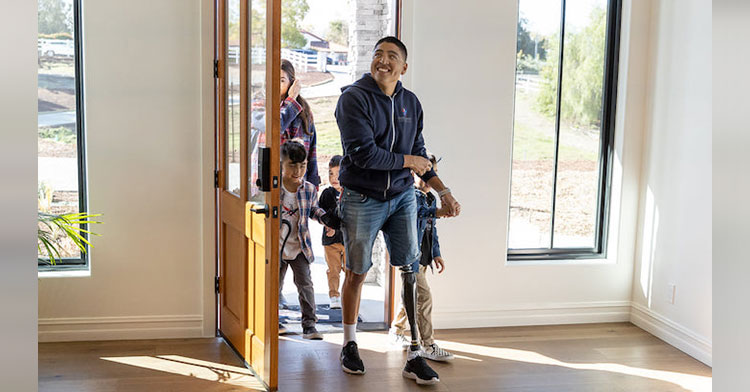 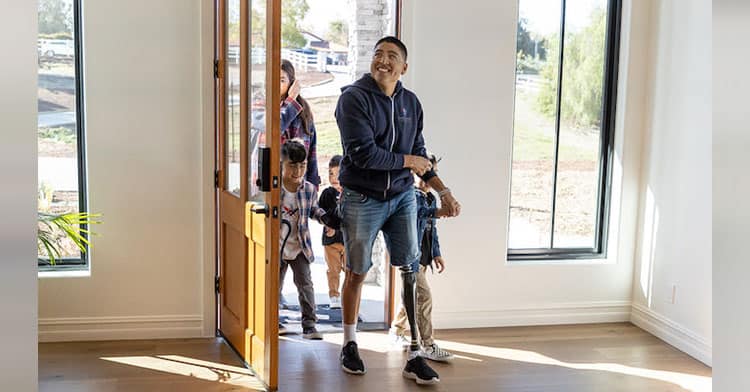 With his rough past and difficult upbringing, the Marine Corps changed Josue Barron’s life forever.

The journey he has been on since enlisting and fighting for his country has been a long one, full of many wonderful highs and difficult lows — particularly when it comes to his physical challenges. But this year, the Gary Sinise Foundation stepped in to make some of those struggles a little easier.

With his rough past and difficult upbringing, the Marine Corps changed Josue Barron’s life forever.

The journey he has been on since enlisting and fighting for his country has been a long one, full of many wonderful highs and difficult lows — particularly when it comes to his physical challenges. But this year, the Gary Sinise Foundation stepped in to make some of those struggles a little easier.

After looking in all the wrong places, he finally found the Marine Corps. Upon graduating boot camp, he enlisted in 2007 as a whole new leader and a whole new man.

“I didn’t have a dad, so the Marine Corps became my father,  “There was discipline, so I feel like it became that role model that I needed [in order] to become who I wanted to become.”

But in 2010, his heroic mission was cut short. During his second deployment in Afghanistan, an improvised explosive device went off, costing him his left leg and left eye.

“I knew exactly what I was getting myself into. I knew what I wanted,” the courageous Purple Heart recipient said. “One thing I didn’t know was I didn’t expect to lose a limb.”

Luckily, he had two strong women by his side to walk with him through it all: his mom and his wife. Their support was greatly needed as he attempted to navigate his new reality.

“Walking on your prosthetic is pain daily. You’re in constant pain, and people will never see that. They just see somebody walking on a prosthetic,” he said. “When I come home, I want to sit down in that wheelchair and relax.”

But he still had to struggle to get around — until the Gary Sinise Foundation entered the picture!

Gary Sinise, the actor you might remember as Lt. Dan in “Forrest Gump,” began the foundation a decade ago to serve veterans.

After applying to the Gary Sinise Foundation R.I.S.E. program in 2017, Josue was granted the opportunity to work alongside the organization to build his very own smart home. In 2019, their project began.

When it comes to building a smart home, R.I.S.E. project manager Pete Franzen explained that no detail is too small. They made sure to ask Josue about each and every one of his specifications, regardless of how trivial it may have seemed. Each factor can have a huge impact on how Josue lives his daily life.

“They’re a lovely family, so deserving, he protected our freedom, and this is our way to say thank you,” Elizabeth Fields, COO of the Gary Sinise Foundation, said.

Josue, his wife Debbie, and their young kids are thrilled for this new season in their lives!

“Just being able to roll into the shower without jumping any obstacles, to be able to come home and have the whole house accessible to my wheelchair and me, it’s definitely going to change my life,” Josue said.

The joy and ease this home will bring into his life will surely be a blessing that will impact every area.

“Everything that I do now has to have a purpose. “I know that there are people that are going to go through the same thing that I went through… but they can see that there’s a different world out there, and I can show them that.”

What an incredible display of generosity to this courageous, deserving veteran! Congratulations, Josue! We’re so happy for you and your family!