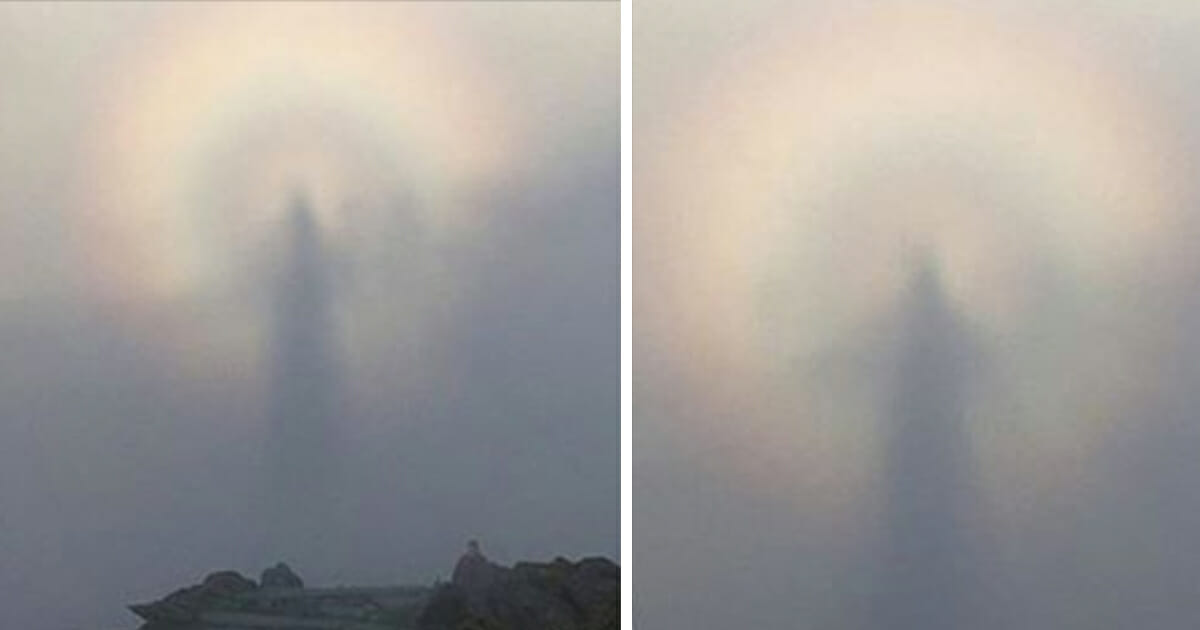 One man’s photo is steadily garnering attention online after he captured a rare phenomenon when scaling a mountain to ring in the new year.

His aim was to capture the very first sunrise of the decade alongside his friend, but he could ever have anticipated what they would get to experience.

Not only did Rhys get to enjoy the dawn, but he was also rewarded with an incredibly rare sight know as the Broken spectre.

The hiker’s amazing pictures appear to show a figure walking through the clouds, encased in a circular rainbow of light.

As per reports, the other-worldly phenomenon occurs when the low sun shines behind someone looking into mist from a higher ridge. The onlooker‘s shadow is projected forward, casting a silhouette against the rainbow and offering the illusion of someone in the clouds.

Rhys told North Wales Live: “There was only a 50/50 chance of seeing the sunrise because of the cloud, but me and my friend decided to go up anyway.

“He told me to walk ahead because he was a bit slower than me, so I must have summited around 8.15am and started to take a few pictures of the sunrise. There were a few other people there at that point too.

“It was about an hour later when my friend arrived at the top that the Brocken spectre happened. It was perfect timing. It was just pure luck.”

Pure luck it may have been, but few can deny it doesn’t make for a truly stunning photograph. What a fantastic way to bring in 2020!

Share this article if you think Rhys’ photo deserves attention, and to wish all your loved ones a happy new year!