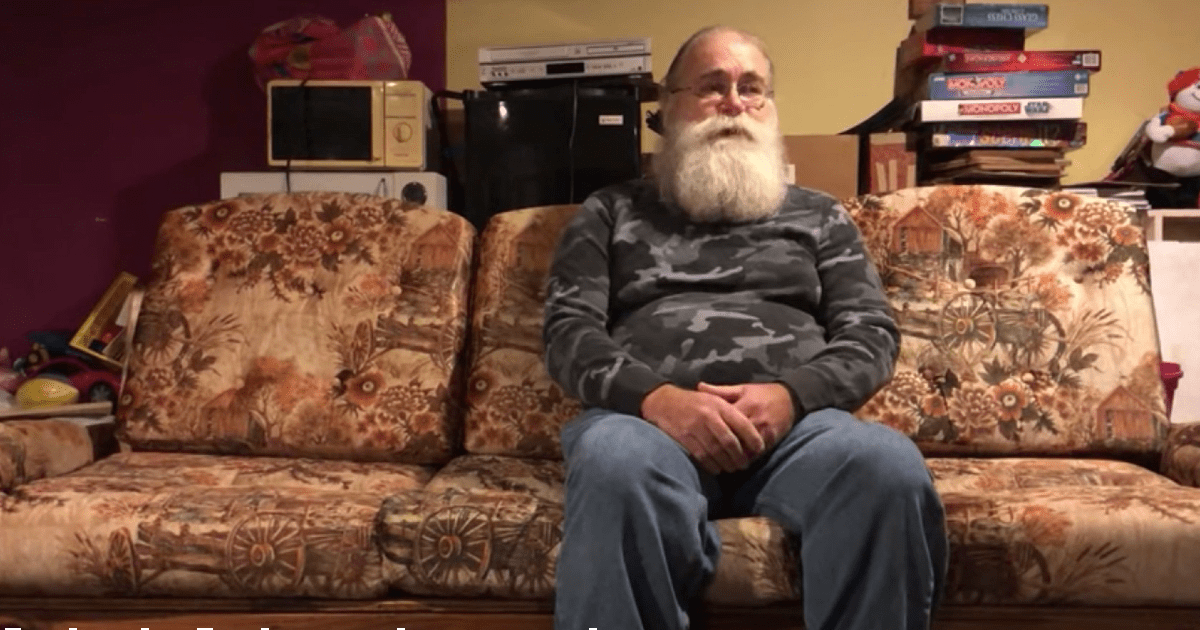 At some point each and every one of us goes through a rough patch. We ask for help, whether it be from friends and family or a higher power, or sometimes just hope that someone will lend us a hand or send us a sign.

Between a divorce, death in the family, and a health scare, Howard Kirby has had a difficult time the past several years. Recently, Kirby who lives in Michigan and is a new retiree, purchased a couch from a Habitat for Humanity Restore for his man cave.

For some time he thought it seemed uncomfortable, but ignored it. Finally, he and his family took a closer look.

“I still have to pinch myself to make sure I’m not dreaming or something,” he told WNEM.

Kirby found $43,170 inside the ottoman, and legally he didn’t have to give it back.

But Kirby didn’t feel right keeping the money, even though he could have used it for a number of things, including a new roof. Instead he contacted the store, found the person who donated the couch, and returned every single penny.

“To me, this is someone that despite what they’re going through – and in spite of their own needs – says ‘I’m just going to do the right thing,’” Rick Merling, the store’s manager said.

“Just because I did something right people want to do something for me. There’s so much there, so much joy,” Kirby said.

When Kirby returned the money to its rightful owner, Kim Newberry, the Newberry family wanted to repay him. They offered to fix his roof, but if they want to thank him it will have to be in another way because Habitat for Humanity and a local builder have made plans to give Kirby a new roof.

A GoFundMe has also been started in support of Kirby and so far has raised over $5,000.

Kirby is an inspiration! He returned thousands of dollars when he had no obligation and could have used it on himself and his family.