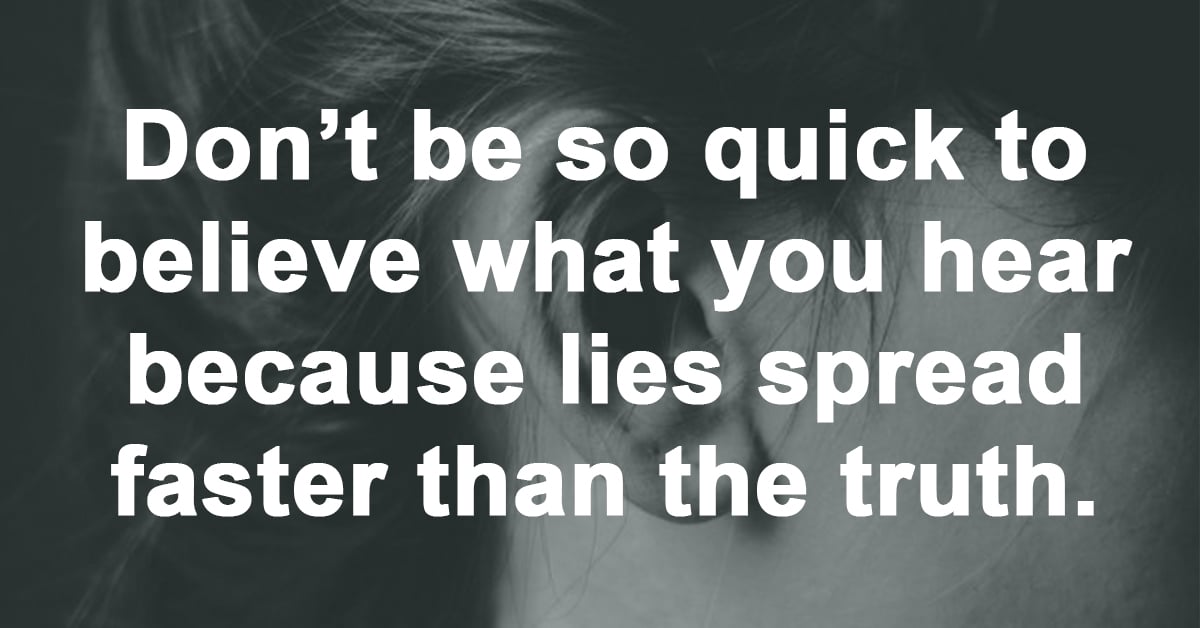 1. “A lie has speed, but truth has endurance.

3. “When you tell a lie, you steal someone’s right to the truth.

4. “A single lie destroys a whole reputation of integrity.

6. “If you tell a big enough lie and tell it frequently enough, it will be believed.

7. “Things come apart so easily when they have been held together with lies.

Dorothy Allison, Bastard Out of Carolina

8. “A lie can travel halfway around the world while the truth is putting on its shoes.

9. “False words are not only evil in themselves, but they infect the soul with evil.

10. “There is nothing in the world more shameful than establishing one’s self on lies and fables.

11. “A lie with a purpose is one of the worst kind, and the most profitable.

12. “Lying increases the creative faculties expand the ego lessens the friction of social contacts. It is only in lies, wholeheartedly and bravely told, that human nature attains through words and speech the forbearance, the nobility, the romance, the idealism, that — being what it is — it falls so short of in fact and indeed.

14. “The least initial deviation from the truth is multiplied later a thousandfold._

16. “A lie does not consist in the indirect position of words, but in the desire and intention, by false speaking, to deceive and injure your neighbor.

17. “We lie loudest when we lie to ourselves.

18. “A successful lie cannot be brought into this world and capriciously abandoned; like any committed relationship, it must be maintained, and with far more devotion than the truth, which carries on being carelessly true without any help.

20. “The more you defend a lie, the angrier you become.

Mitch Albom, For One More Day

21. “Because everybody lies. It’s part of living in society. Don’t get me wrong – I think it’s necessary. The last thing anyone wants is to live in a society where total honesty prevails. Can you imagine the conversations? You’re short and fat, one person might say, and the other might answer, I know. But you smell bad. It just wouldn’t work. So people lie by omission all the time. People will tell you most of the story…and I’ve learned that the part they neglect to tell you is often the most important part. People hide the truth because they’re afraid.

22. “A lie will easily get you out of a scrape, and yet, strangely and beautifully, rapture possesses you when you have taken the scrape and left out the lie.

23. “Falsehood is so easy, the truth so difficult… Examine your words well, and you will find that even when you have no motive to be false, it is a very hard thing to say the exact truth, even about your own immediate feelings — much harder than to say something fine about them which is_not_the exact truth.

24. “Above all, don’t lie to yourself. The man who lies to himself and listens to his own lie comes to a point that he cannot distinguish the truth within him, or around him, and so loses all respect for himself and for others. And having no respect he ceases to love.

26. “I detest the man who hides one thing in the depth of his heart and speaks forth another.

28. “He who permits himself to tell a lie once finds it much easier to do it a second and a third time till at length it becomes habitual.