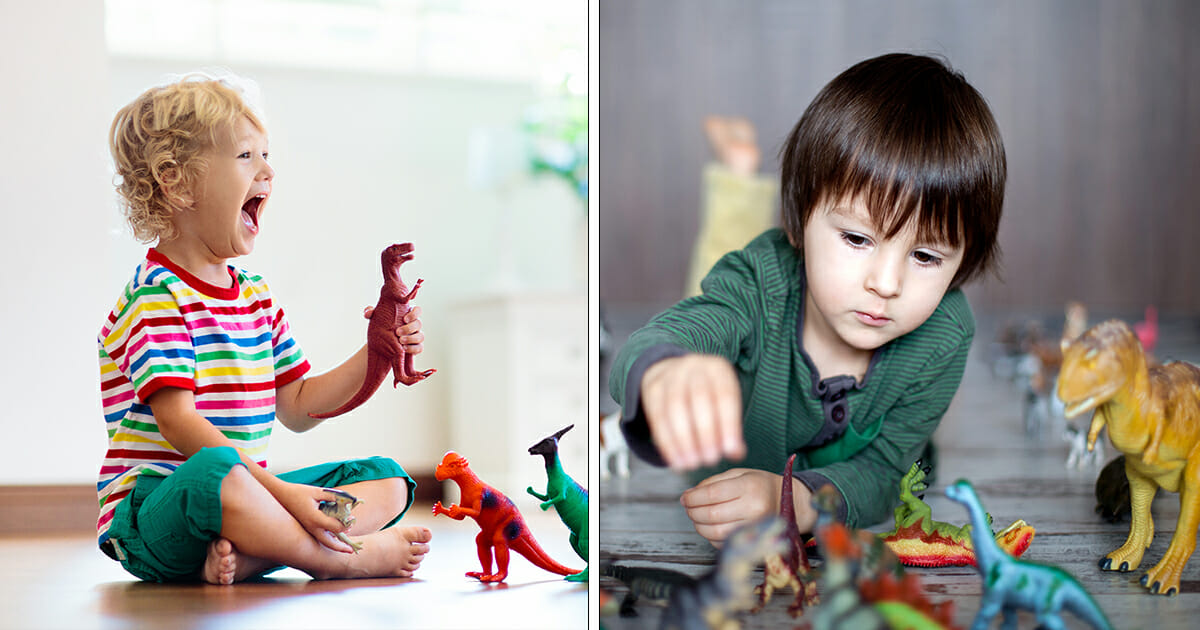 When I was a boy, I was absolutely obsessed with dinosaurs. I can’t explain why, but the sheer mystery surrounding these magnificent creatures of the past just appealed to me more than anything else.

As I grew older, I came to learn that I was far from alone. It turns out dinosaurs are very popular indeed amongst children. In fact, some go as far as learning all the dinosaur names, as well as facts and figures exceeding what one would usually expect from someone so young. They have posters around their room and themed toys cluttering the floor.

This incredible knowledge and longing to learn that children have of certain subjects actually has a name. It’s known in the world of psychology as “intense interests”.

Now, a third of children will reportedly develop an intense interest during their early life. The obsession often establishes itself between the ages of two and six before fading, though some children harbor their interest their entire lives.

Interestingly, a study done by the universities of Indiana and Wisconsin found that children who develop an intense interest can do better in later life, meaning your child’s obsession with dinosaurs could actually help them.

A team from Indiana University, fronted by Joyce M. Alexander, found that such interests, “enhance perseverance, improve attention and enhance skills of complex thinking as the processing of information.”

Alexander also differentiated what she calls “conceptual interest” from situational interests. For example, if a dinosaur makes a roar that interests a child, they will only be interested in that specific moment. If the dinosaur themselves are the interest, it becomes conceptual.

As per reports, children who have a interest in dinosaurs could also be better equipped to come up with strategies to face new situations and problems in their lives.

Yale University and the University of Virginia found that intense interests during childhood do not appear to be a result of a parent’s own interest. Rather, it seems the obsessions develop during the first year of life, without parents having encouraged or forced them.

In any case, research found that intense interests usually only last between six months and three years. A mere 20 percent of children retained interest in a given subject after starting school.

It’s suggested that once a kid begins studying at school, they lose free time to devote themselves to their own interest, meaning they fill the gap with things learned at school. It was also found that kids discuss their interests less if their new friends aren’t interested in them.

Well that’s certainly interesting information. I didn’t realize dinosaurs could come under such a category.