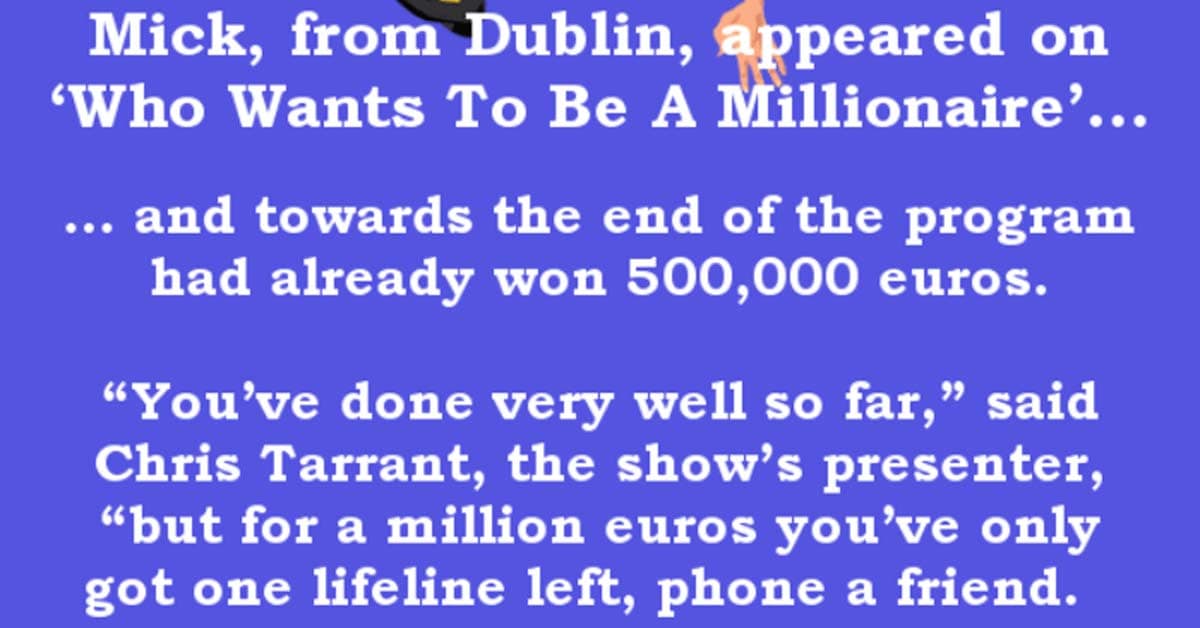 Irish Bobby appeared on “Who Wants To Be A Millionaire” and towards the end of the program had already won $500,000.

“You’ve done very well so far,” said Chris Tarrant, the show’s presenter, “but you’ve only got one life-line left, phone a friend. Everything is riding on this question. Will you go for it?”

“Which of the following birds does NOT build its own nest?

“I haven’t got a clue,” said Bobby, ”so I’ll use my last lifeline and phone my friend Billy.”

Bobby called up his mate, and told him the circumstances and repeated the question to him.

Bobby hung up the phone and told Chris, “I’ll go with cuckoo as my answer.”

“Is that your final answer?” asked Chris.

There was a long, long pause and then the presenter screamed, “Cuckoo is the correct answer! Bobby, you’ve won $1 million!”

The next night, Bobby invited Billy to their local pub to buy him a drink.

“Tell me, Billy? How in Heaven’s name did you know it was Cuckoo that doesn’t build its own nest? You’re no bird expert!”

“Well Bobby you idiot,” said Billy, “Because everyone knows he lives in a clock!”