Home
Uncategorized
Johnny And His Grandmother Were Shopping. –

Little Johnny and his grandmother were shopping in a department store.

Little Johnny wanted to go to the toy department, but grandmother said that they had to stop in the ladies clothing department first.

He obviously couldn’t wait that long, and the next time his grandmother turned around he was gone.

She panicked and looked everywhere for him, but he had disappeared.

Finally, she went to the customer service desk, intending to have them announce his name over the PA system.

To her relief, he was already there waiting for her.

The woman at the desk said,

We were almost out of questions for him when another lady suggested that your daughter-in-law might call you by your first name.”

“We were so happy to see you show up at the desk,” she continued,

“because when we asked him what his mommy called you, we were out of ideas!” 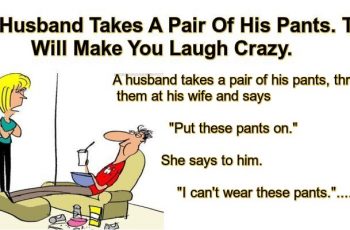 A husband takes a pair of his pants, throws … 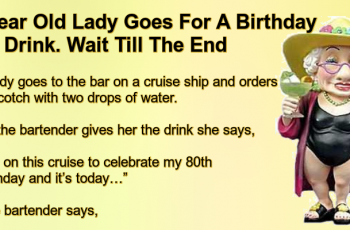 A lady goes to the bar on a cruise …