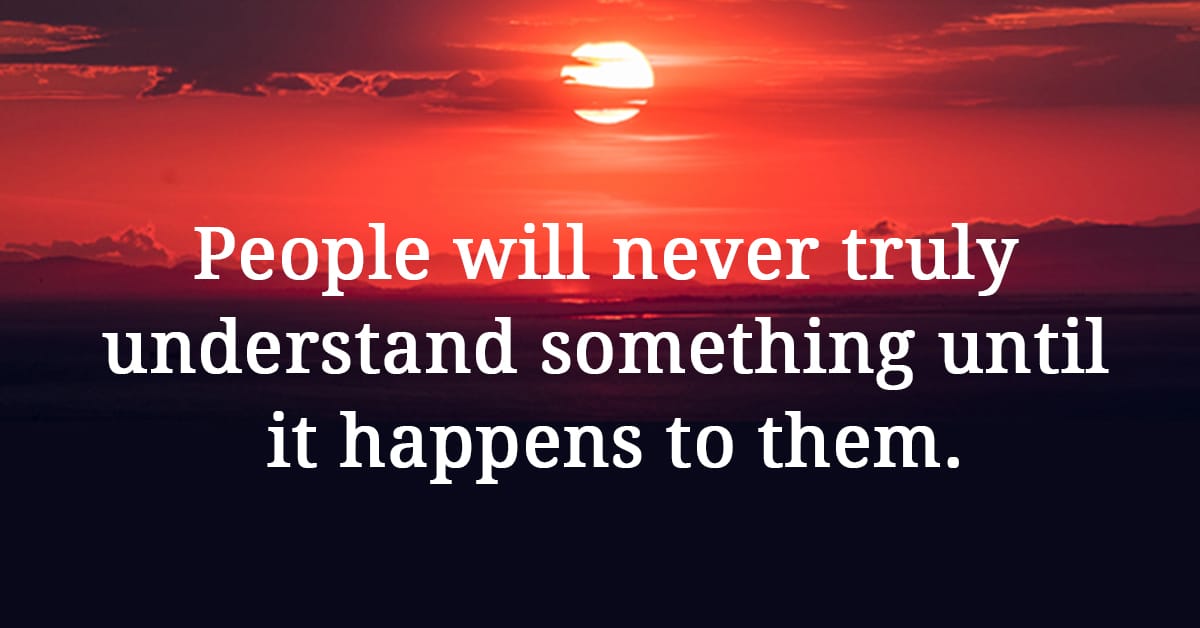 “Never judge someone without knowing the whole story. You may think you understand, but you don’t.”

1. “When you judge others, you do not define them, you define yourself.

2. “Judging other people is such a natural and reflex phenomenon that even when somebody advises everybody not to judge anybody, actually he never realized that he has already judged that people judge others.

3. “We can never judge the lives of others because each person knows only their own pain and renunciation. It’s one thing to feel that you are on the right path, but it’s another to think that yours is the only path.

4. “Judging is acting on limited knowledge. Learn the art of observing without evaluating.

5. “When we stop judging others and ourselves, our heart begins to open.

6. “We should not judge people by their peak of excellence, but by the distance, they have traveled from the point where they started.

7. “Don’t pass judgment on others or you might be judged yourself.

8. “Let’s stop judging others, and relieve them of the heavy burden they are carrying on their shoulders because of us.

9. “By judging others we blind ourselves to our own evil and to the grace which others are just as entitled to as we are.

11. “Judging others is just wasting your time, giving your advice to men who don’t pay.

12. “People who judge others tell more about Who They Are than Who They Judge.

13. “If I stop judging other people, I free myself from being judged, and I can dance!

14. “Judge tenderly, if you must. There is usually a side you have not heard, a story you know nothing about, and a battle waged that you are not having to fight.

15. “Don’t judge too harshly, for if your weaknesses were to be placed under your footsteps, most likely you would stumble and fall as well.

16. “When you judge other people without wanting to know the true story behind their actions, is usually when there is something inside of you that is so broken that if you found out what you believed about them was a lie, you wouldn’t want to accept it or make amends.

17. “By judging others, you make yourself easy to judge.

19. “And it is the Lord, it is Jesus, Who is my judge. Therefore I will try always to think leniently of others, that He may judge me leniently, or rather not at all since He says: Judge not, and ye shall not be judged.

20. “Our judgments judge us, and nothing reveals us, exposes our weaknesses, more ingeniously than the attitude of pronouncing upon our fellows.

21. “Still, it was a sad state of the world that people judged others not by the best that they could be but by the worst thought in their own hearts.