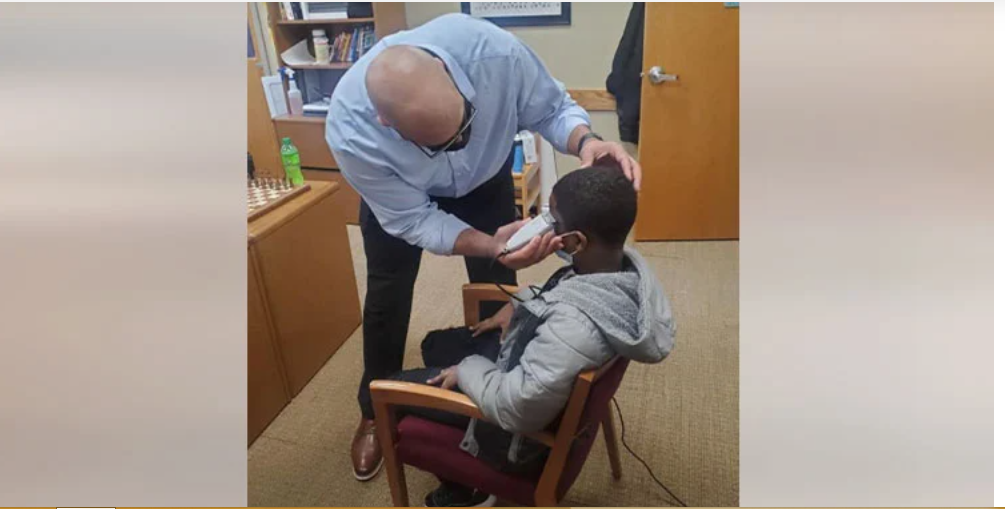 Jason Smith, who works at Stonybrook Intermediate and Middle School, was presented with a dilemma when eighth-grader Anthony Moore ended up in his office for refusing to take his hat off. Instead of reacting with a typical consequence that seemed to fit the problem, Jason decided to lend his student a listening ear and an open mind.

“I sat across from him and asked, ‘What’s wrong? Why are you being defiant, why are you refusing to take your hat off? It’s a pretty simple request,’” Jason told CNN. “And he explained that his parents took him to get a haircut and he didn’t like the results.”

To Jason, Anthony’s new style looked just fine, but the educator understands that for a middle schooler, something like a bad haircut can feel like a devastating blow to

“I told him, ‘Look, I’ve been cutting hair since I was your age,’ and I showed him pictures of my son’s haircuts that I did and some of me cutting hair in college. And I said, ‘If I run home and get my clippers and fix your line, will you go back to class?’” Jason explained. “He hesitated, but then he said yes.”

So that’s just what Jason did! He drove home, grabbed his clippers, got consent from Anthony’s parents, and turned his office into a makeshift barbershop. 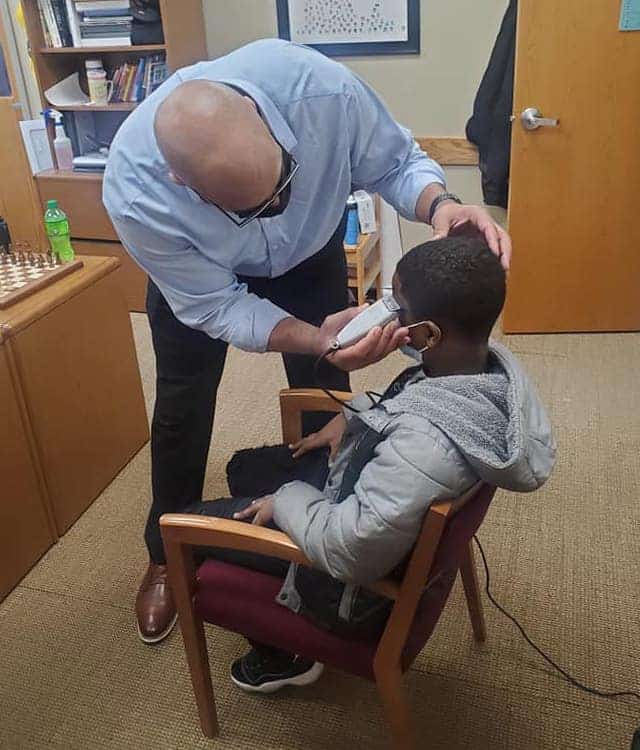 “He didn’t say straight-out, but I feel like he didn’t want to be laughed at,” Jason added. “The barbershop and haircuts as Black males is very important in the community and looking your best and being sharp — it’s just a cultural aspect.”

Best of all, Jason wasn’t looking for praise for the way he handled this situation — he just sees it as part of his job.

The principal, who is currently pursuing a doctorate in education, has set a goal to shape his school into one that focuses on solutions to problems, not empty disciplines that often aggravate the issues further. 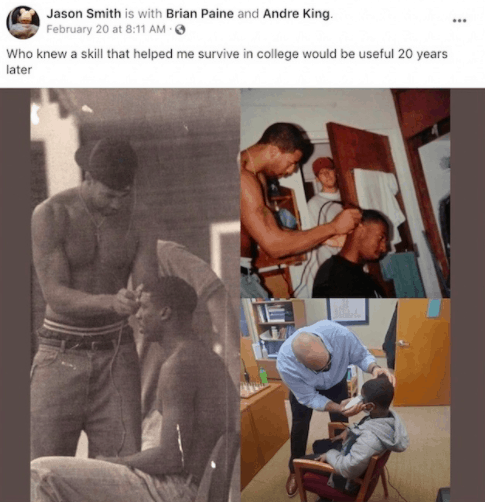 “We’re not disciplining with a hard fist,” he told ABC 7 Chicago. “You could call and have the parent come pick up the kid for defiance, or you can sit and get to the root of the problem and see, ‘What can I do to help you? What do you need right now?’”

Clearly, his method is reaping wonderful results! After he lined up Anthony’s hair, the student did as he said he would and went back to class without hesitation. Jason took the time to understand the real issue behind the problem so he could solve it at its root — and earn the trust and respect of a valuable young man in the process.

What a difference a little kindness and empathy make! Share this story to make someone else smile.