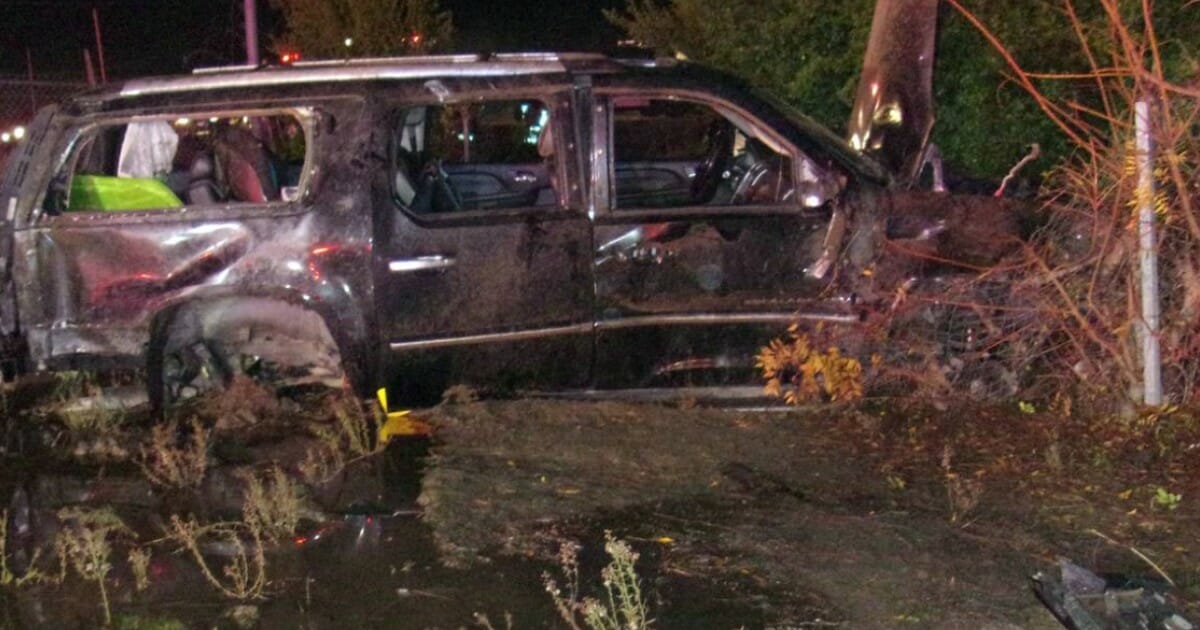 Seat belts and car seats save lives. There’s no debating it.

On December 8, a Cadillac Escalade drove off the highway in Turlock, California and rolled down an embankment. All four people inside survived, including a six-week-old baby who was ejected from the vehicle.

Around 7:30 p.m. Ulizes Benitez, 29, made a sharp right turn from the center lane of a highway. The sudden turn caused the vehicle to cross a lane of traffic and flip several times down an embankment.

A six-week-old baby was ejected from the SUV and landed on the pavement.

“This child is very fortunate,” CHP officer Thomas Olsen said. “This is an unusual and rare circumstance were the child is ejected from the vehicle and appears to be unharmed.”

Everyone escaped with minor injuries.

CHP believe the child was ejected from the SUV because his car seat was improperly secured. However, his brother, 2, was in a properly installed car seat and was not ejected. He did not suffer any injuries either.

Both children were flown to a hospital where they were listed in good condition on Monday.

Benitez and Cynthia Canedo, 29, who was sitting in the front passenger seat, suffered minor injuries and were transported to a local hospital.

While the cause of the crash is still under investigation, police do not suspect drugs or alcohol, Olsen urges parents and guardians to double check their children’s car seats.

A car seat could save their life.

Share this article to warn others about the need to make sure a child’s car seat is properly installed.