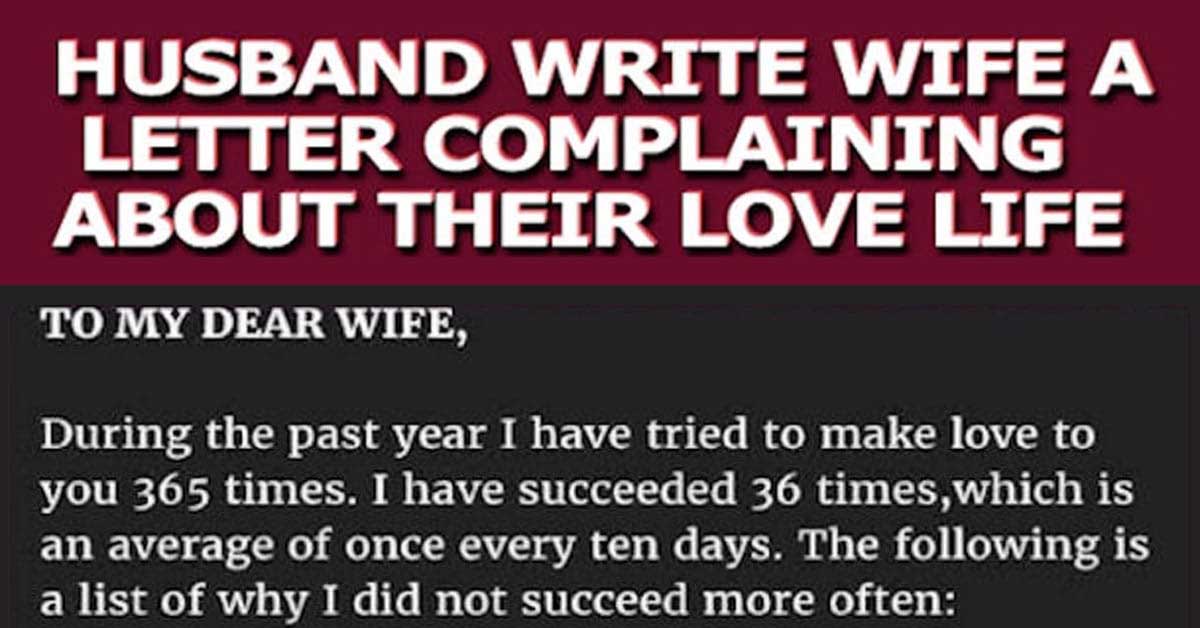 TO MY DEAR WIFE,

During the past year I have tried to make love to you 365 times. I have succeeded 36 times,which is an average of once every ten days. The following is a list of why I did not succeed more often:

Of the 36 times I did succeed, the activity was not satisfactory because 6 times you just layed there, 8 times you reminded me there’s a crack in the ceiling, 4 times you told me to hurry up and get it over with, 7 times I had to wake you and tell you I finished, and one time I was afraid I had hurt you because I felt you move.

TO MY DEAR HUSBAND:

I think you have things a little confused. Here are the reasons you didn’t get more than you did:

Of the times we did get together the reason I laid still was because you missed and were screwing the sheets. I wasn’t talking about the crack in the ceiling, what I said was, “would you prefer me on my back or kneeling?” The time you felt me move was because you farted and I was trying to breathe.