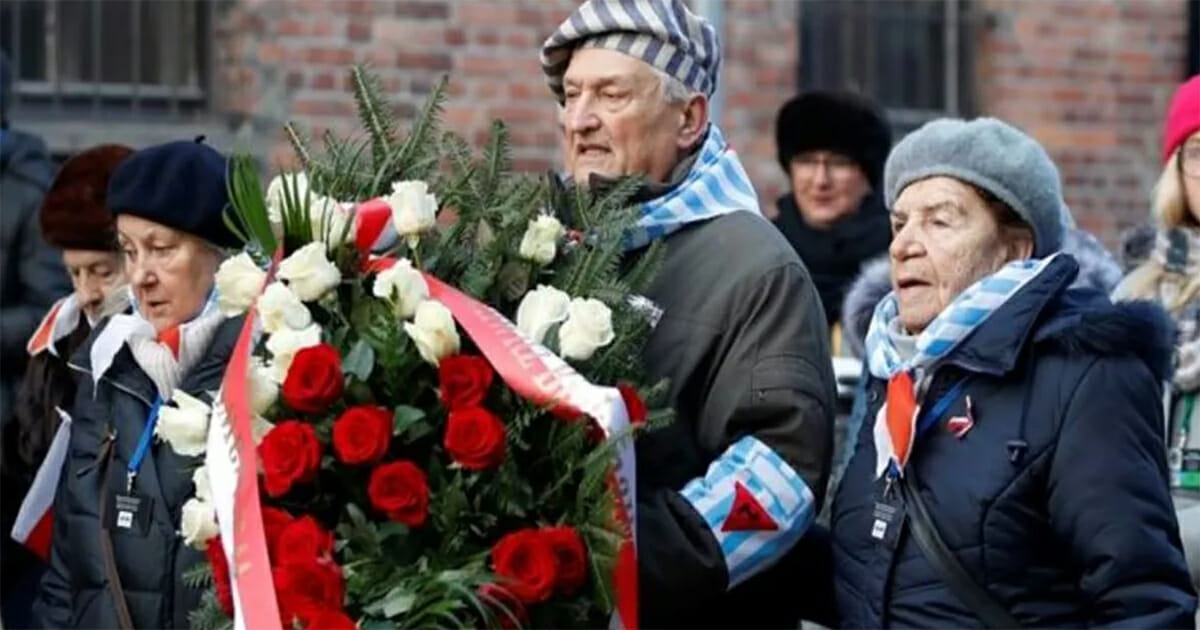 It was seventy-five years ago, on January 27, 1945, that the Soviet Army liberated the Auschwitz concentration camp, putting an end to one of the darkest operations in human history.

Auschwitz is perhaps the most infamous of all the Nazi concentration camps from World War II, noted for housing as many as 1.3 million prisoners between 1940 and 1945. Of that 1.3 million, 1.1 million are estimated to have lost their lives.

Vast numbers of inmates were murdered in the facility’s gas chambers, while others died of starvation, disease, exposure, exhaustion, and execution.

As few as 9,500 prisoners remained at the camp by the time of the liberation. The Nazis had done their best to eradicate evidence of their crimes, forcing many prisoners on ‘death marches’ as they made a retreat to territories still under their control.

Upon their approach to the camp, the Soviet soldiers knew nothing: it would be some time before the true extend of the horror would come to light.

With the combined help of the Soviet Army, local Poles, and the Polish Red Cross, around 7,500 of the remaining 9,500 prisoners survived.

As per reports, over 200 survivors attended a vigil at Auschwitz on Monday along with their families, commemorating the 75th anniversary of its liberation.

“We have with us the last living survivors, the last among those who saw the Holocaust with their own eyes,” Polish President Andrzej Duda said to those at the commemoration.

“The magnitude of the crime perpetrated in this place is terrifying, but we must not look away from it and we must never forget it.”

As per the Associated Press, Yvonne Engelman, a 92-year-old Australian who was joined by three further generations of her family, said: “I have no graves to go to and I know my parents were murdered here and burned. So this is how I pay homage to them.”

The ceremony was held in a heated tent above the train tracks that were used to send prisoners to Birkenau, the part of the facility where inmates were commonly gassed and cremated.

We will never forget the atrocities that took place at Auschwitz, nor indeed the other places during the course of World War II.

Share this article to send your thoughts and prayers, and to pay your respects.