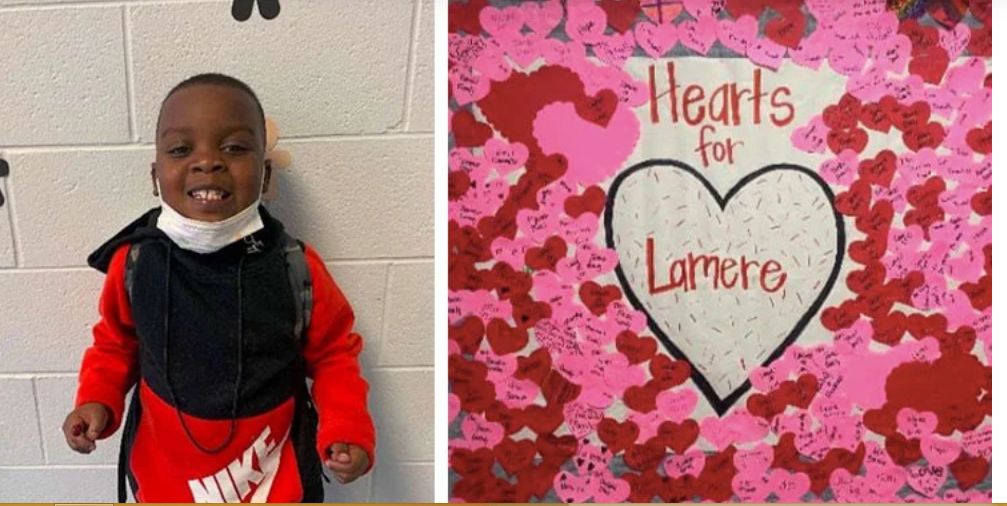 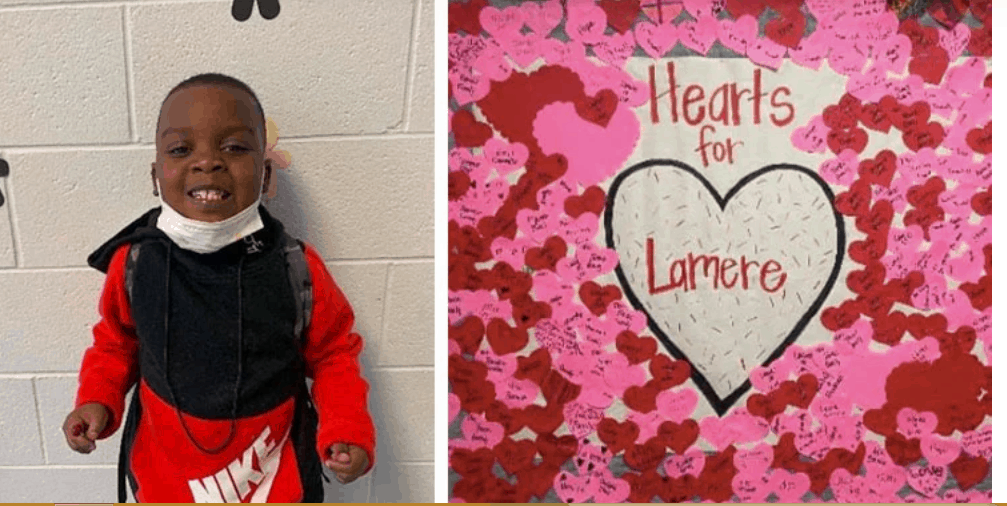 In South Carolina, there is a 7-year-old boy who is getting a giant’s share of love and support from his friends — and from the NFL!

Lamere Johnson, a first-grader at Johnston Elementary, is on the transplant list for a new heart. Born with hypoplastic left heart syndrome, a congenital heart defect that causes one side of the heart to be underdeveloped, Lamere had already undergone three open heart surgeries by the time he was 3. But he still has high hopes for a brand new heart! 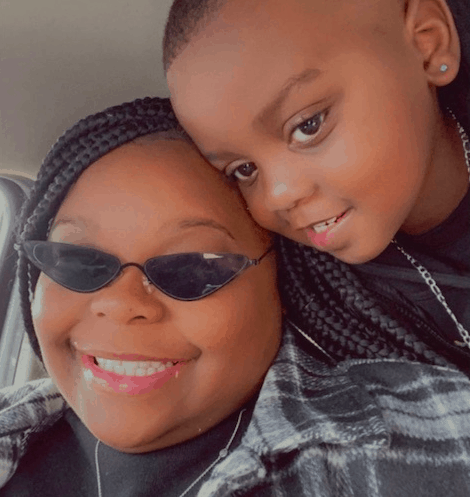 Lamere’s doctors have allowed him to go to school in a hybrid learning capacity, so the little boy carries around a backpack that holds the IV keeping his heart valves open. 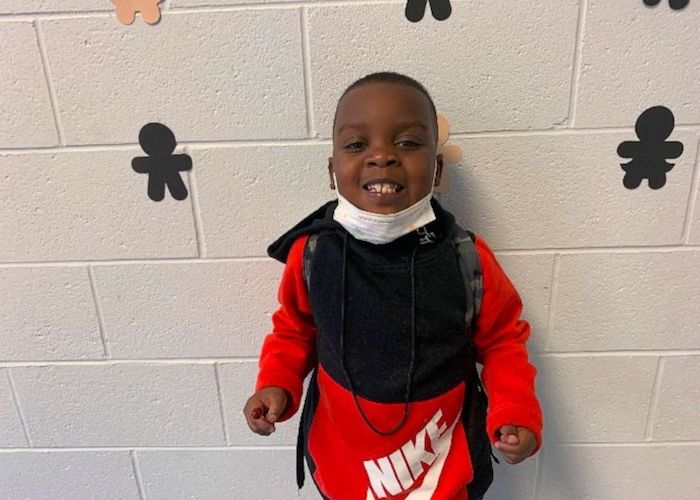 As soon as Lamere’s schoolmates found out that he was waiting on a transplant, they decided to get to work just in case that new heart was right around the corner. They started a special fundraiser called Hearts for Lamere

A pre-K assistant at the school, Makinzie Corley, helped create the project. Their goal is to cut out 200 to 400 paper hearts every day, which the fifth-graders then sell for $1 each in support of Lamere’s new heart.

“We wanted to get our kids involved and, at the same time, give back to Lamere and his family because they’re so precious to us,” Makinzie said. “As a community and as a school, we want to make sure that this family is prepared for when the doctor calls and says, ‘Hey, we’ve got a heart for him.’”

So each morning, the fifth-graders take their paper hearts around the school and raise funds, which are sent directly to the Children’s Organ Transplant Association and added to Lamere’s account.

Each person who donates has their name written on their very own paper heart, which is added to the vast collection lining the school’s hallways. These hearts can be seen all over, stretching from Lamere’s classroom all the way to the fifth-graders’ classroom.

Amazingly enough, the names on those hearts now include Johnston-native Antonio Hamilton! The NFL cornerback for the Kansas City Chiefs recently donated $30,000 to Hearts for Lamere!

“Lamere, he is truly a blessing to everybody he meets,” Makinzie added. “He’s spunky, and he just loves life. I can’t even explain his spirit. He loves coming to school.”

And Lamere’s school definitely loves him back! So far, they have raised about $2,000 toward the project, and the excitement has even extended to the nearby middle and high schools.

As for Lamere’s family, they are eternally thankful to everyone around them for the love and kindness they have been shown.

Clearly, their community will be the first ones in the stands when Lamere finally gets to play his first game of football with his brand new heart!

Consider helping the little boy’s life turn around by visiting his fundraiser, and don’t forget to share this story.