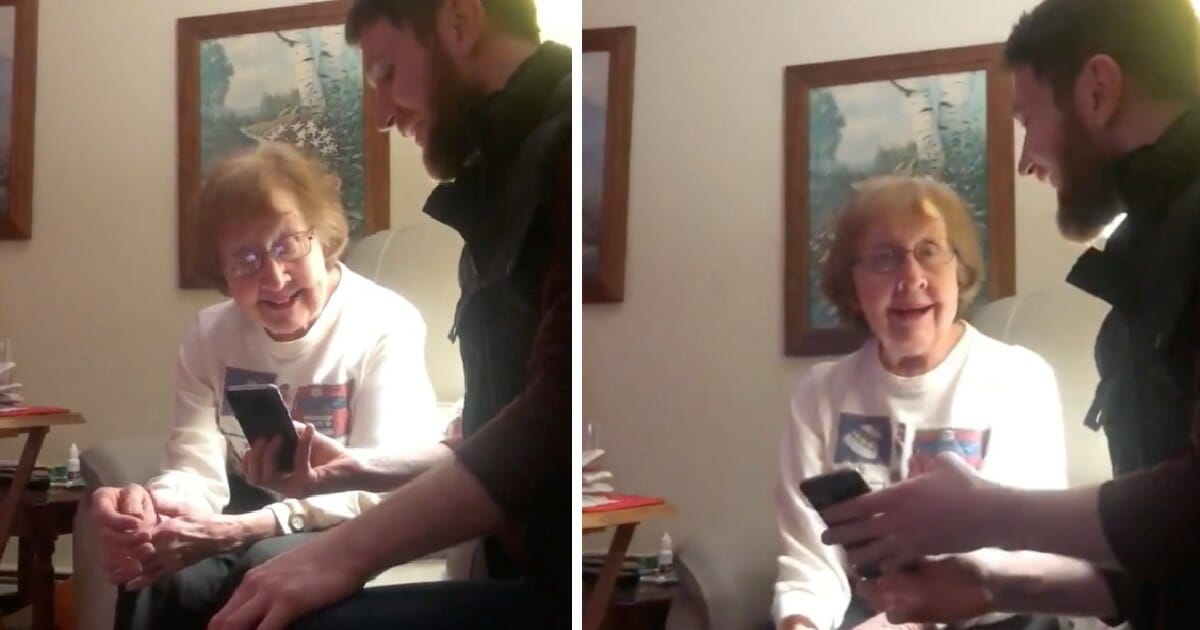 For about three months Anna Reibs and Branden Clayton of Fort Wayne, Indiana looked for a perfect home. They saw numerous houses, but nothing felt like home.

Then they toured a house on Clover Lane.

“I definitely did some happy dancing throughout the house, it just felt like this was home,” Anna told WANE.

The couple’s realtor, Mary Anne Taylor, said that once the couple found the house on Clover Lane, Anna was convinced she had to have it.

“She just had a connection to this house.”

But what Anna didn’t know is that she actually did have a connection to the house.

After deciding the house was the one they wanted to make their home, Anna and Branden showed it to her mother.

“You’re not going to believe this, but this is the house your grandmother and her sister grew up in,” her mother told the couple.

A few years earlier Anna’s parents and aunt and uncle had wanted to purchase the house but were unable to.

They surprised Anna’s father with their news and recorded his reaction.

They even recorded their family’s reaction once they learned they were the new owners of the home.

But perhaps the best reaction came from Anna’s grandmother, Gloria Reibs. Branden showed Gloria photos of the couple’s new home and she admired them and expressed her happiness for the young couple.

However there came a point where Gloria sat back and became speechless.

“I couldn’t believe it. I thought they were kidding,” she said upon discovering they were going to live in the home she and her twin sister Grace Bates had grown up in.

Now that the home is back in the family, Gloria and Grace were able to go back to their childhood home and reminisce on past memories.

“It does bring back a lot of memories, it really does,” Grace said.

How often can someone say they’ve purchased the home their grandmother grew up in? Not often. And that’s something that Anna is grateful for.

What a wonderful surprise! Congratulations on the new home, Anna and Branden.