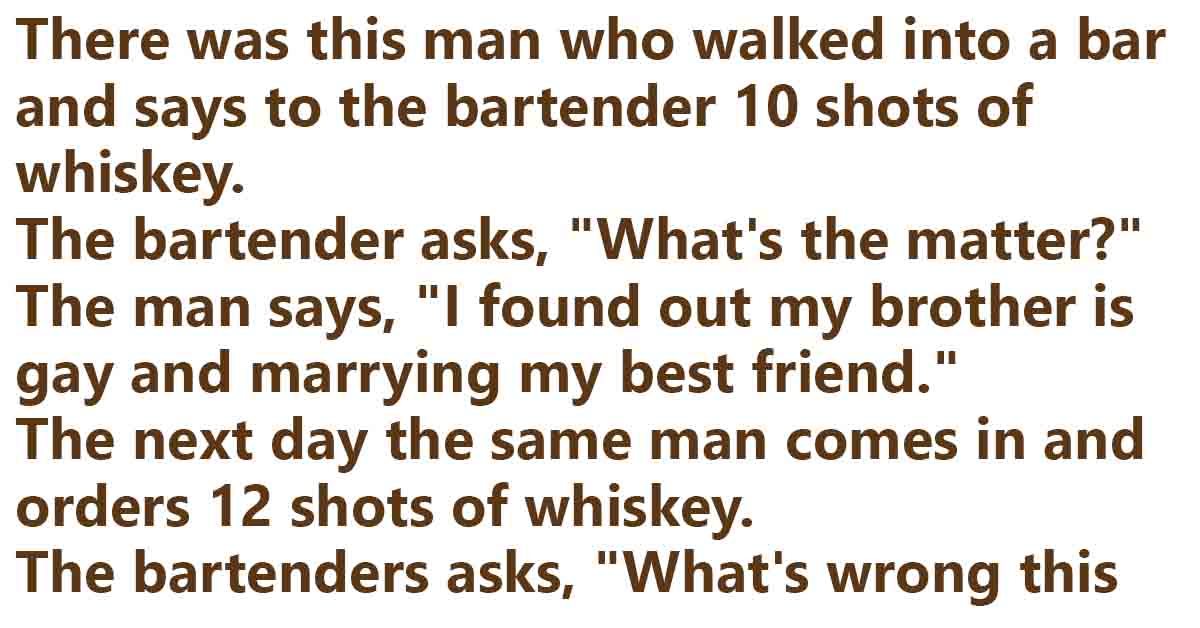 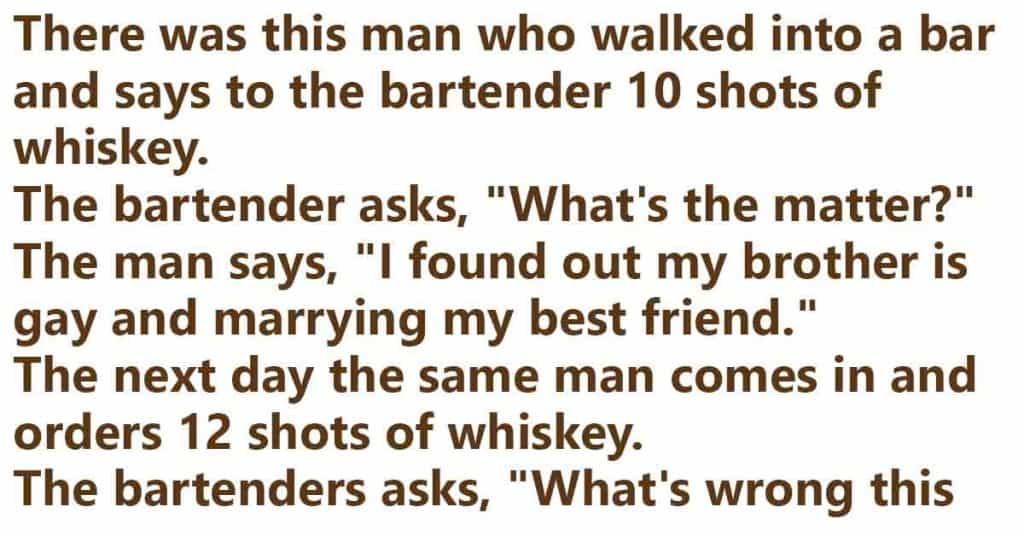 There was this man who walked into a bar and says to the bartender 10 shots of whiskey.

The bartender asks, “What’s the matter?”

The man says, “I found out my brother is gay and marrying my best friend.”

The next day the same man comes in and orders 12 shots of whiskey.

The man says, “I found out that my son is gay.”

The next day the same man comes in the bar and orders 15 shots of whiskey.

Then the bartender asks, “Doesn’t anyone in your family like women?”

The man looks up and says, “Apparently my wife does.” 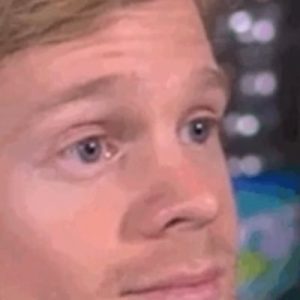