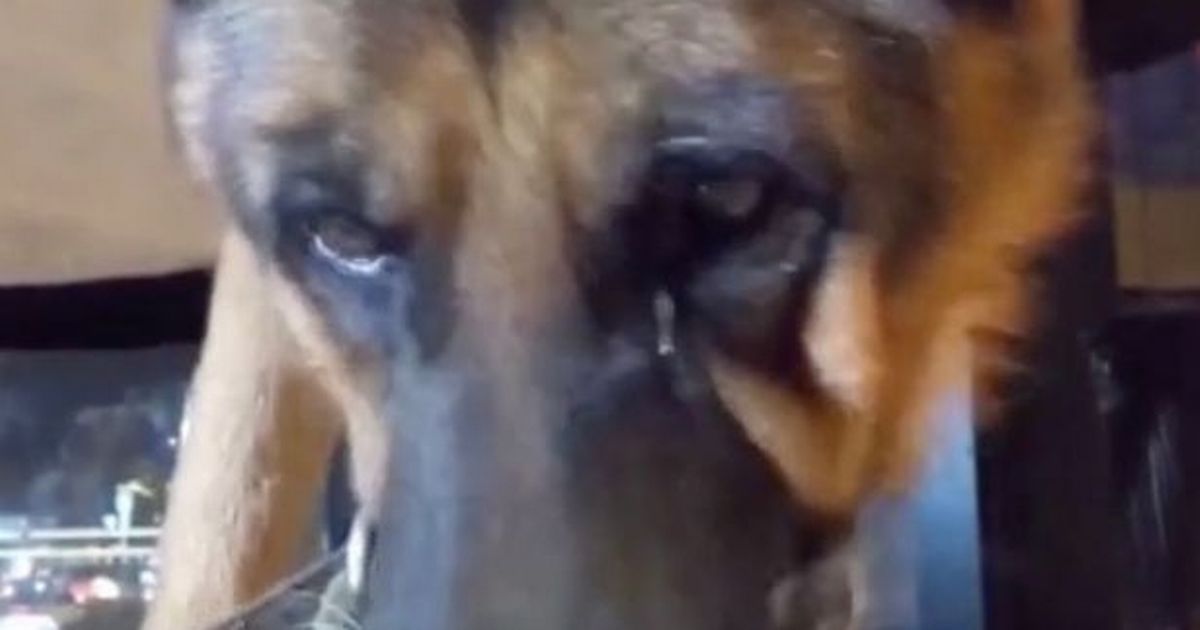 “I only hope this dog has been removed from these cruel persons involved in this barbaric act, and banned from ever having a dog again

While another outraged viewer said: “Whoever’s doing this for a challenge is disgusting and vile that poor dog doesn’t know what it’s eating it’s revolting.”

One commenter wrote: “This is just a new way of abusing animals. They don’t deserve to keep pets…Poor animals, they trust their owners unconditionally yet the owners just use them as cash cows.”

Another said: “These people are so sick! They need to be censored immediately!”

The German shepherd’s owner has since deleted the video, according to the Daily Mail.

People who take advantage of the loyalty and obedience of your dog in this cruel and inhumane way should be punished.

I can’t believe these people are allowed to keep pets