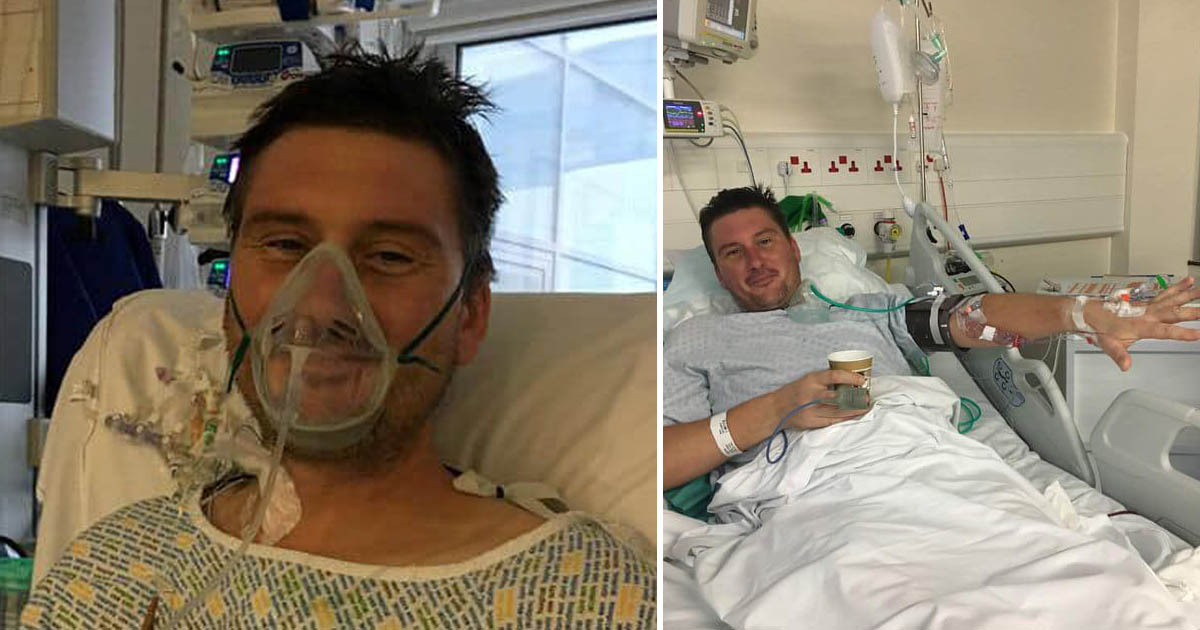 Adam Martin had that annoying moment, we can all relate to, when he got something stuck in his teeth.

The 41-year-old dad of three tried everything to dislodge the popcorn stuck in his tooth including a pen lid, tooth pick, a piece of wire and even a metal nail in his mouth, The Sun newspaper writes.

Little did he know the dangerous consequences this would have on the rest of his body when he found himself in hospital being told he had a heart infection.

A week after he ate the popcorn Adam, from Cornwall, England, developed night sweats, fatigue, headaches and eventually a heart murmur and went to see his doctor.

He was told that he had an infection called endocarditis which doctors believe was caused by the methods he used to try and remove the popcorn stuck in his teeth.

Could have died in 3 days

The infection spreads through the bloodstream and can infect the heart.

Adam was told by his doctor that if he hadn’t sought medical advice when he did he could have been dead in three days, according to The Sun.

Adam had to have seven-hour open heart surgery and said if he had just gone to the dentist, he could have avoided the serious situation he found himself in.

“Most people die when they are at 350 on an infection scale and I was at 340. The infection had eaten my heart valves completely,” he told The Sun.

“At one point it was quite touch and go. It was the worst experience of my life. I wasn’t far off death’s door and I am extremely lucky.

“The popcorn stuck in my teeth is the only possible cause I can think of. I am never eating popcorn again that’s for sure.”

I’m so glad that Adam has recovered from his infection and can go back to being a firefighter and dad of three. Please share to wish him a happy and healthy future!