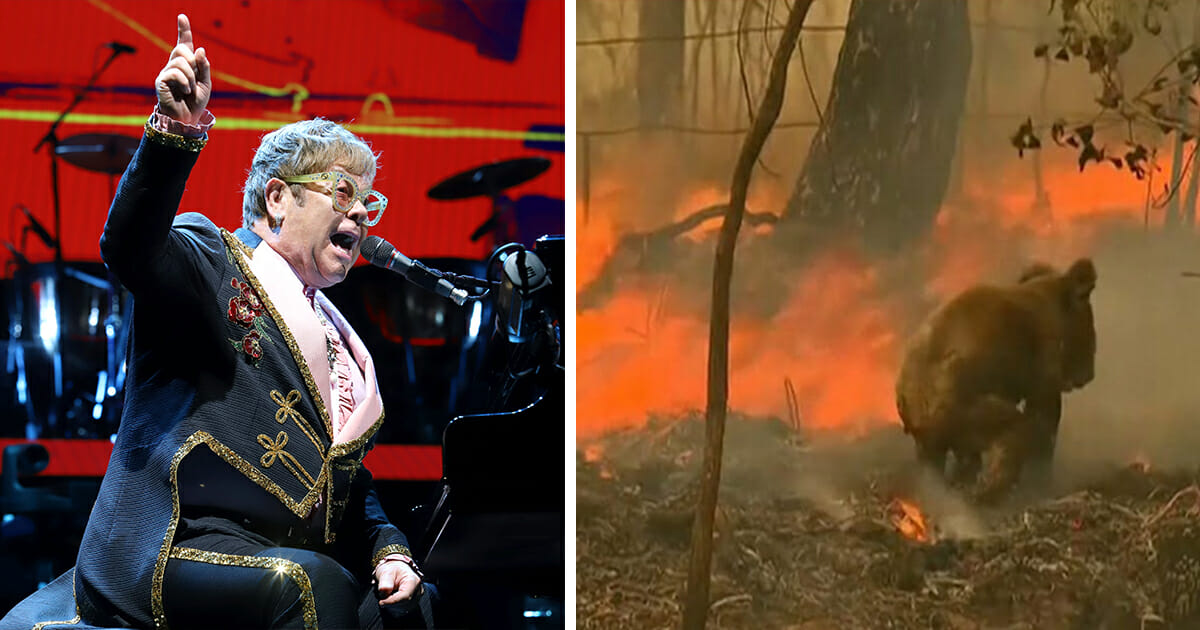 Elton John has announced that he is donating $1 million to the fundraising efforts aimed at the Australian bushfire disaster.

As per CNN, John made the announcement in Sydney during a concert, praising the work of firefighters tackling the blazes and doing his best to raise further awareness as to the horrific plight of the affected wildlife.

He went on to say: “And lastly, there’s the plight of the animals, a loss of their habitat that frankly is on a biblical scale and it’s heartbreaking. Therefore tonight, I will be pledging $1 million dollars to support the bushfire relief fund.”

John’s speech was met with a standing ovation from the crowd.

Thus far, entire towns have been wiped out by the fires, whilst it’s estimated in excess of half a billion animals may have lost their lives.

“As I said earlier, this is a magnificent country and I love it here, so much and to see what is happening here breaks my heart, so we have to come together, we have to fight and this is my bit towards it and I love Australia so much,” John added.

All our thoughts and prayers are going out to the lives affected by the fires, both human and animal.