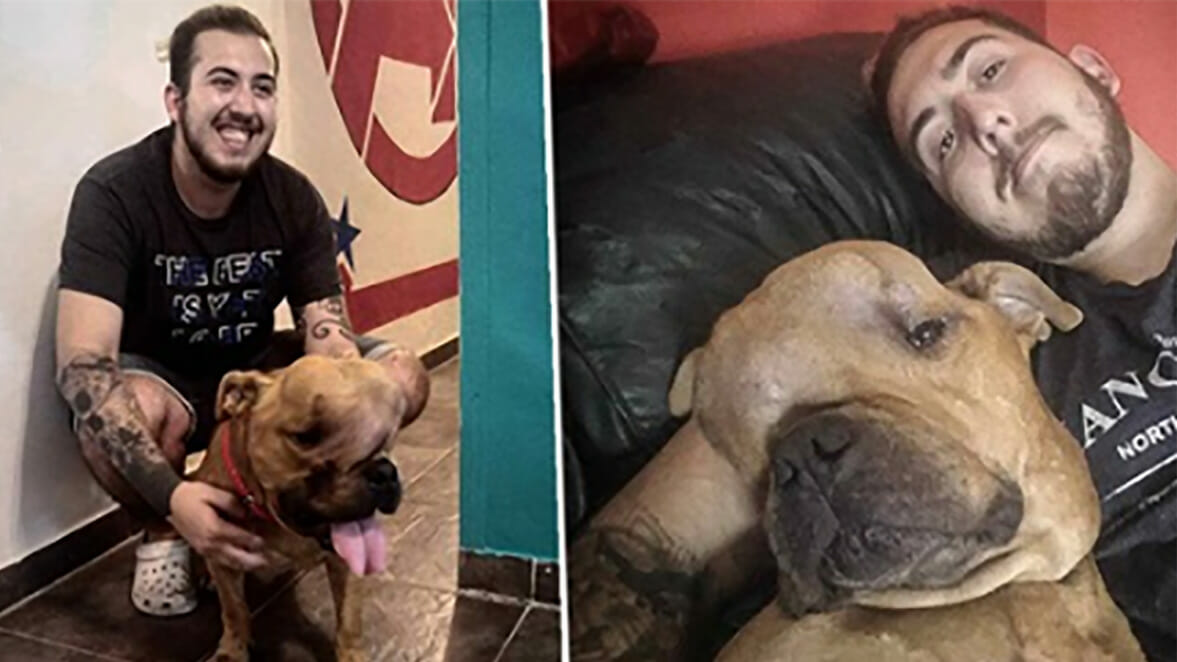 To think a family could reject an animal because it was sick is unfathomable to us animal lovers but sadly that’s the situation Thanos the dog found himself in.

This beautiful big dog was rejected by his family because he had a cancerous tumor growing on his head and only had a few weeks left to live.

Thankfully Luciano Karosas, from Berazategui in Buenos Aires, welcomed Thanos into his home so he could live out his days with unconditional love. 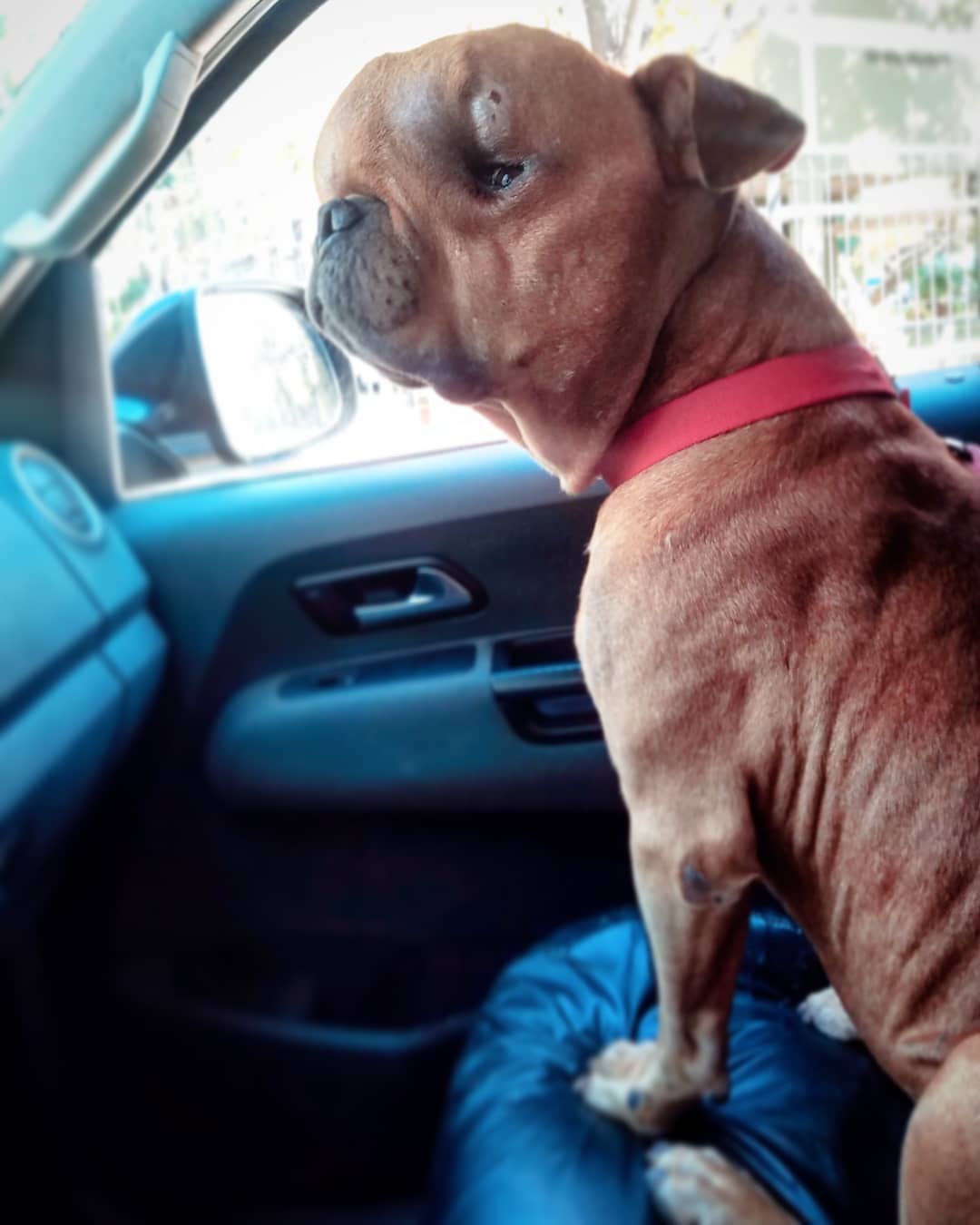 While waiting to be adopted the sick pup had already been rejected by four families because of his illness.

The 21-year-old couldn’t resist giving this dog all the love during his final weeks after hearing how many families had dumped him, unable to cope with his illness.

As well has suffering such a cruel illness, Thanos had to deal with the constant rejection and being taken back to the animal shelter by four different families who found they couldn’t cope with the sick dog.

“I came out with a piece of my heart in my hand,” he told Portal Amigo Cao.

Not only did Luciano want to make Thanos’ last days as comfortable as possible, he also tried to save him and took him to his local veterinary clinic to find out if they could remove the tumor. 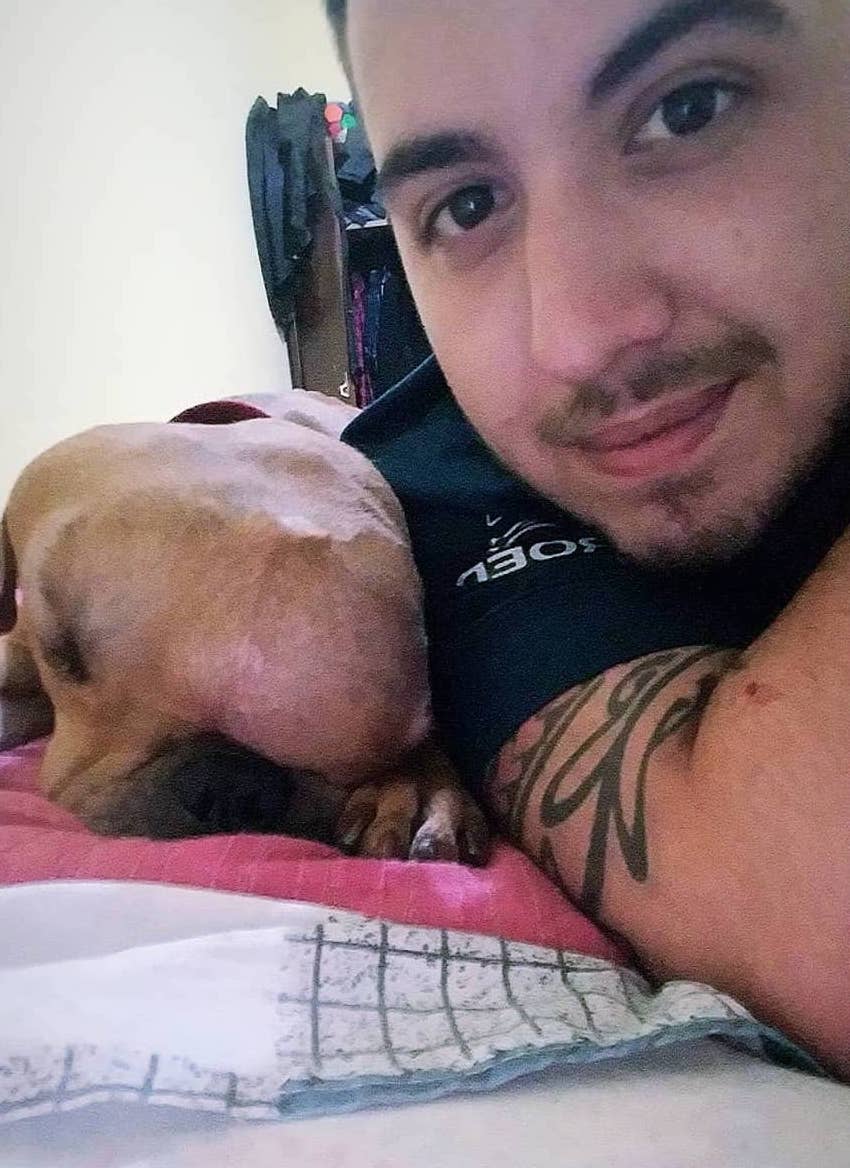 “I found it hard to adapt to the idea of ​​how little time we will spend together,” he said, according to Unilad.

“I took him to a stem cell veterinarian to see what we could do, looking for a little more hope (which had given him 40 days to live) and told me that there is no treatment that extends that time.”

Made him happy in his final weeks

Following the heartbreaking news that nothing could be done, Luciano simply decided the two would make the most out of what limited time Thanos had left.

Thanos was given all the love and pampering during his final weeks but eventually this cruel illness took over and he passed away earlier this year.

Taking to social media to pay tribute to his four-legged friend Luciano wrote: “I will love you forever.” 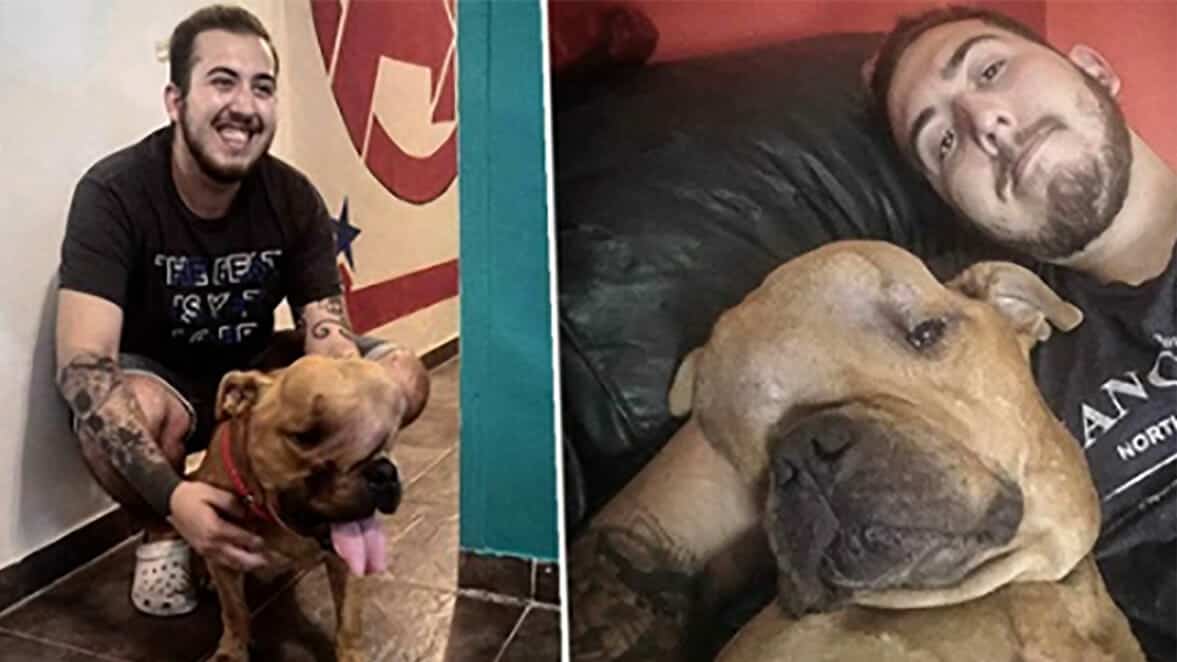 I can’t believe this sweet dog was rejected by so many families in his hour of need. All he needed was some extra love as this awful disease took over. I’m glad he’s no longer in pain.

Please share to pay tribute to the big-hearted Luciano who took Thanos in and loved him as he deserved. Rest in peace Thanos.