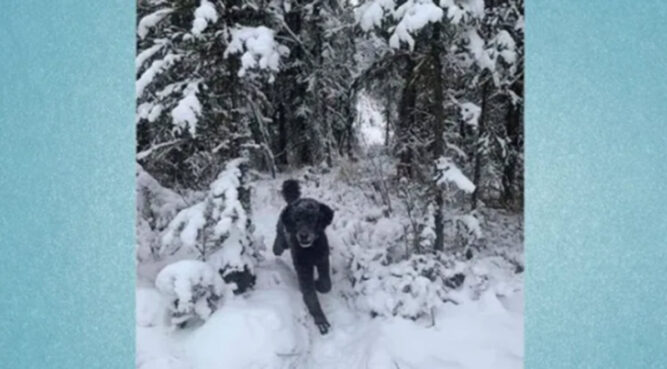 Remember “the dress” that baffled the internet? People couldn’t agree on what color it was. Some folks thought it was black and blue, while others thought it was white and gold. It depended on who saw it and under which conditions they saw it under. We’ve also seen the one where a photo could either be a secluded beach or the underside of a car. It was the car, of course, but wow, it was tricky. Well, another image has taken the internet by storm and people can’t agree on whether they’re seeing a man or a dog. Or both. It doesn’t make sense for it to be both, but I see both. My first thought was that the man was wearing a backpack with a dog’s face on it. Specifically, people who say it’s a dog are saying it’s a poodle running out of the forest. However, other people insist it’s a man who is running into the forest. What do you see?

After inspecting it closely, I’m convinced that it is indeed a black poodle running out of the forest and towards the person with the camera.