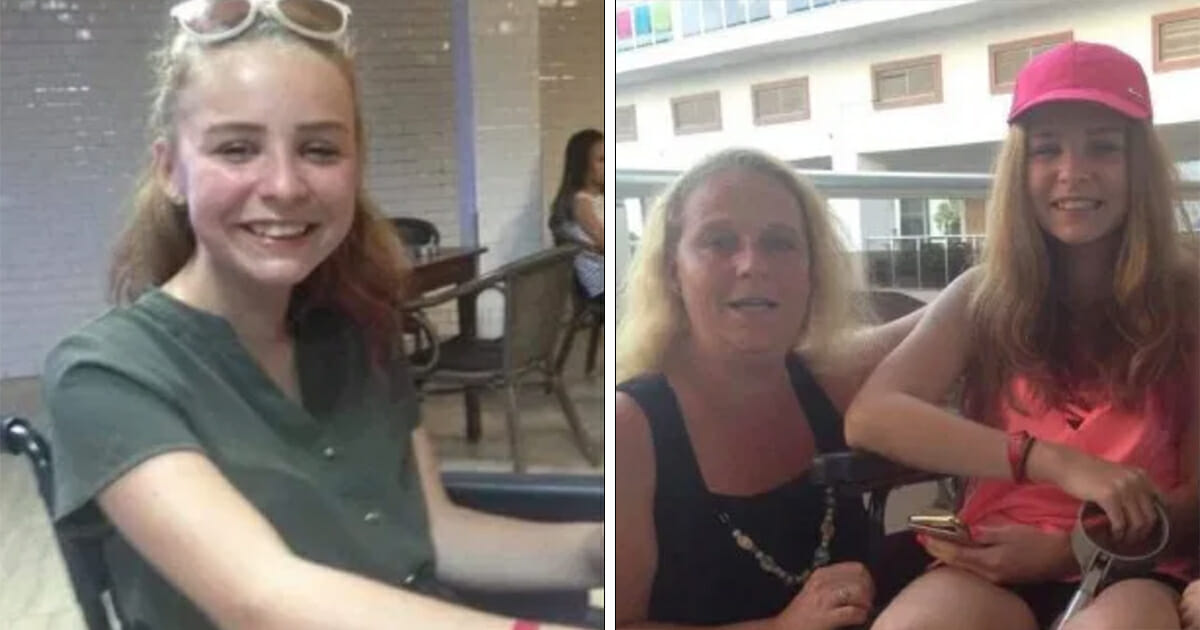 A disabled teenager was allegedly banned from attending her own prom because she’d missed too much school as a result of her ailing health.

According to Metro, 15-year-old Melissa Olver, who suffers from Complex Regional Pain Syndrome, missed school more than 20 times over the last three years. She was left with an attendance record that stood at 80 percent.

As per reports, Olver’s condition, which she was diagnosed with in 2017, causes her severe pain and leaves her prone to collapsing. She spent one year in a wheelchair after being diagnosed, and then one year using a crutch due to a cyst in her brain resulted in her body not recognizing its left side.

Mom Debra Olver claimed an attendance officer from The Gilberd School, located in Colchester, England, banned her daughter from the school prom because her record wasn’t at 90 percent.

Debra explained Melissa was distraught, having already been bought a dress by her family and spent money on shoes and a bag.

“We’ve had to deal with this for years – we have to carry her when she falls unconscious,” she said, as per Metro.

“I’ve been on the phone to her before and she’s told me she wasn’t feeling well, the phone went dead and she’d passed out. It happens on a regular basis.

“But she’s still doing well in her GCSEs and she always emailed her teachers asking for work to do in hospital.

“We didn’t want everyone to know Melissa has a disability because we didn’t want her to be labelled, but the school knew what she was going through.

“I’ve provided the school with all the evidence I can, she had a doctor’s note every time she was off school and we gave lists of her diagnoses, but I felt they saw me as no more than an overprotective mother.

“They feel she’s just a child who doesn’t want to attend school.”

Melissa’s older brother uploaded a Facebook post about the debacle, which quickly achieved viral status. According to Debra, the school’s deputy headteacher then told her the decision had been reversed, with an assembly planned so that the school could apologize.

The headteacher at The Gilbert School, Linda Exley, meanwhile denied that pupils could be denied a place at prom based on their attendance.

“I would like to make it clear that the only person with the jurisdiction to disbar a student from the Leavers’ Ball is the Headteacher.

“I have never, and would never prevent a student from attending on these grounds.

“This has been made clear to both the student and her family and so we look forward to seeing her at the event with her peers in July.”

We’re just glad Melissa will now be able to attend her prom. No child should ever have to miss such an event.

Share this article if you hate the idea of a child being discriminated against in any way due to a disability.